In PAFA’s printshop, Jesse Castor’s hands are busy but her mind is quiet.

“I love the smell. I love the sound of rolling things out; I love the feeling of carving into a board. All of it,” she said. “Everything about printmaking is so textural and is a very visceral experience. The process of printmaking is one of the biggest things that drew me to it.”

While she’s engaged in the physical work of printmaking, Castor (BFA ’22) is able to take a deep breath and recenter herself. The second-year printmaking major is focusing on the idea of being grounded in her work.

“My work right now is kind of based around the feeling of pulling yourself back into reality,” she said. With social media, you can get caught in rabbit holes and then realize that several hours of your day have disappeared and you don’t know what happened. That’s a big thing I try not to get into.”

At PAFA she is bypassing the online world for real-world interactions with her fellow students and classmates.

“It’s really great for me to be in a space where everybody is just as passionate as me,” Castor said. “Even if we don’t work in the same mediums, even if we don’t have the same ideas about art, we all care about something.”

Castor also works as a student ambassador and welcomes potential students to campus, hoping they fall for the Academy just like she did.

“I was really attracted to the fact it was a smaller school so I could actually talk to people face to face. And I really loved the Foundation Year. I know not everyone does but it was great for me to try so many different things.”

The first-year curriculum at PAFA gives students a solid grounding in drawing, painting, sculpture, printmaking, illustration, and digital media. By taking classes in each of PAFA’s disciplines students are able to hone their fine art-making skills and find the medium that is the best fit for them.

In her Foundation Year, Castor learned what she loved, printmaking, and what wasn’t for her, painting.

“I had never done an oil painting before. And I learned that I am bad,” she said. “But at the same time, I learned to appreciate the texture of paint and mixing things and putting things together to make them my own.”

It was a relief class with PAFA professor Dan Miller that opened Castor’s eyes up to printmaking. She said the class worked with pieces of wood and she felt connected to printmaking in a way that she didn’t with painting.

Since that first relief class, she signed up for three more printmaking classes and declared the medium her major.

“I really went into my first year with a blank slate. I thought to myself, ‘Whatever happens, happens and I’ll come out of the year differently.’ And I did.” 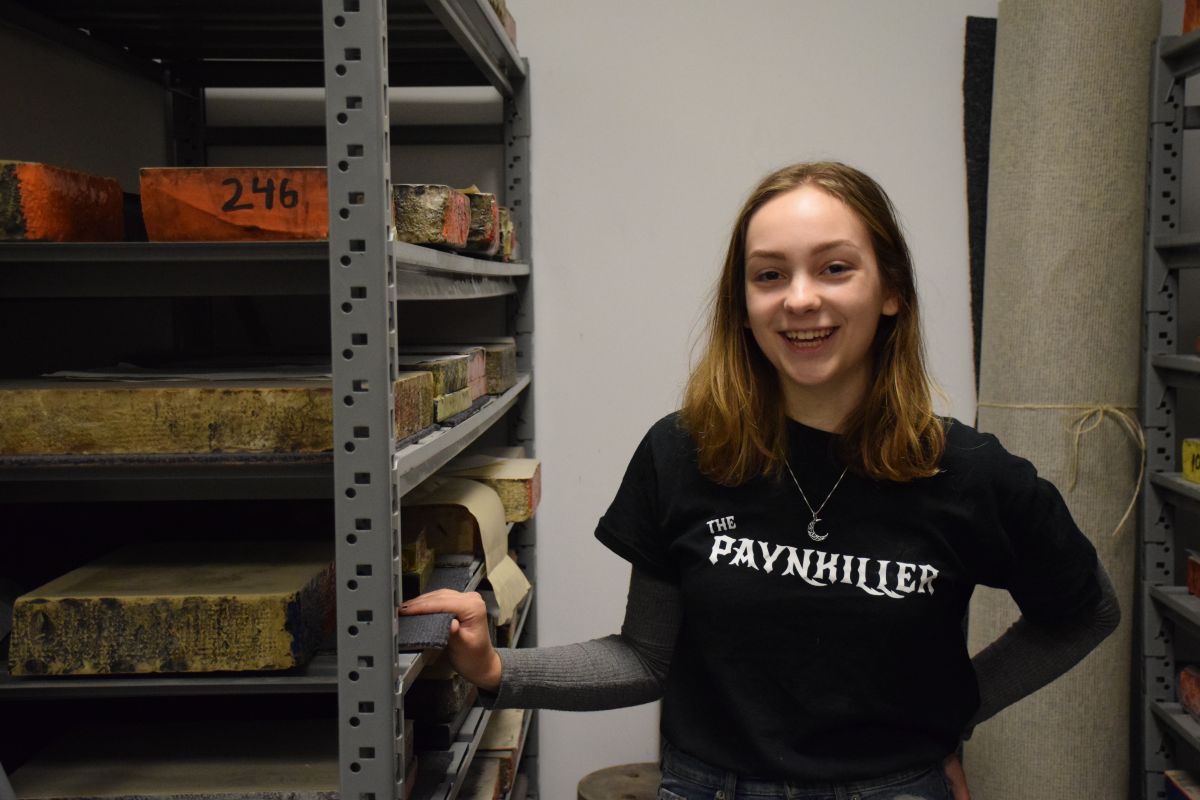 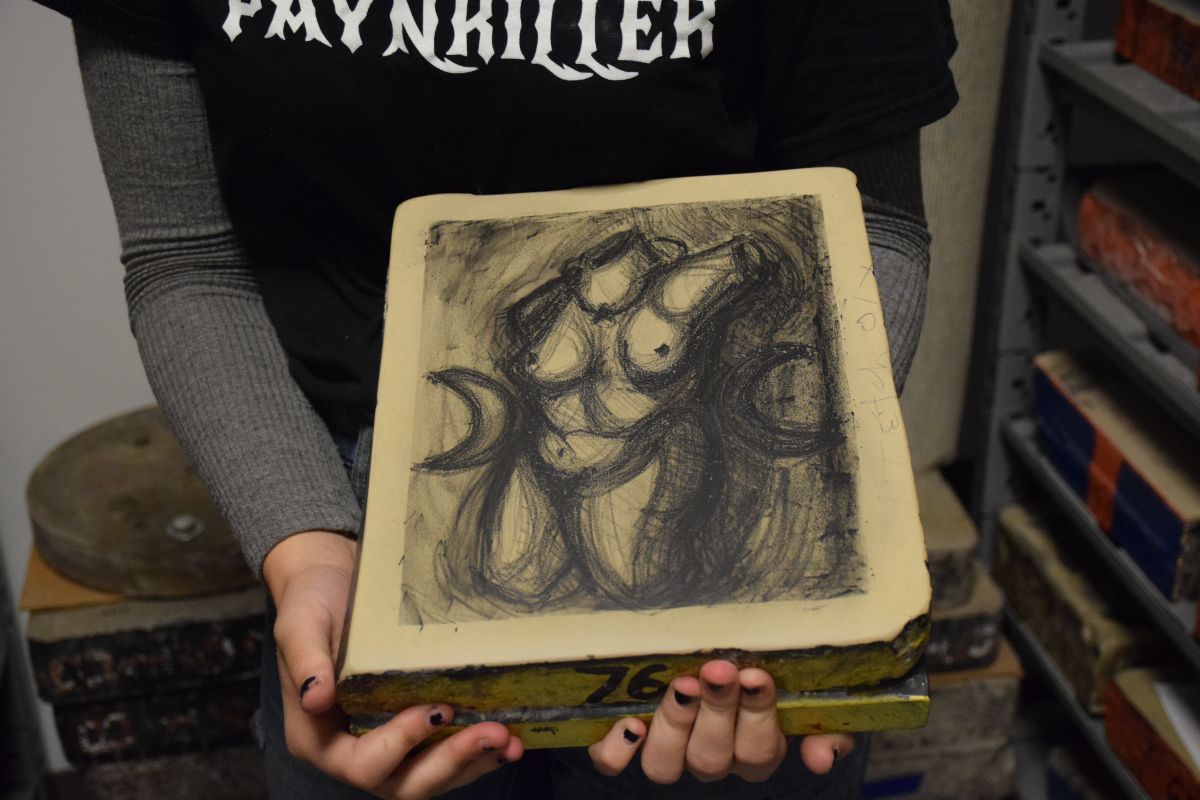 A lithograph in progress in the stone library. 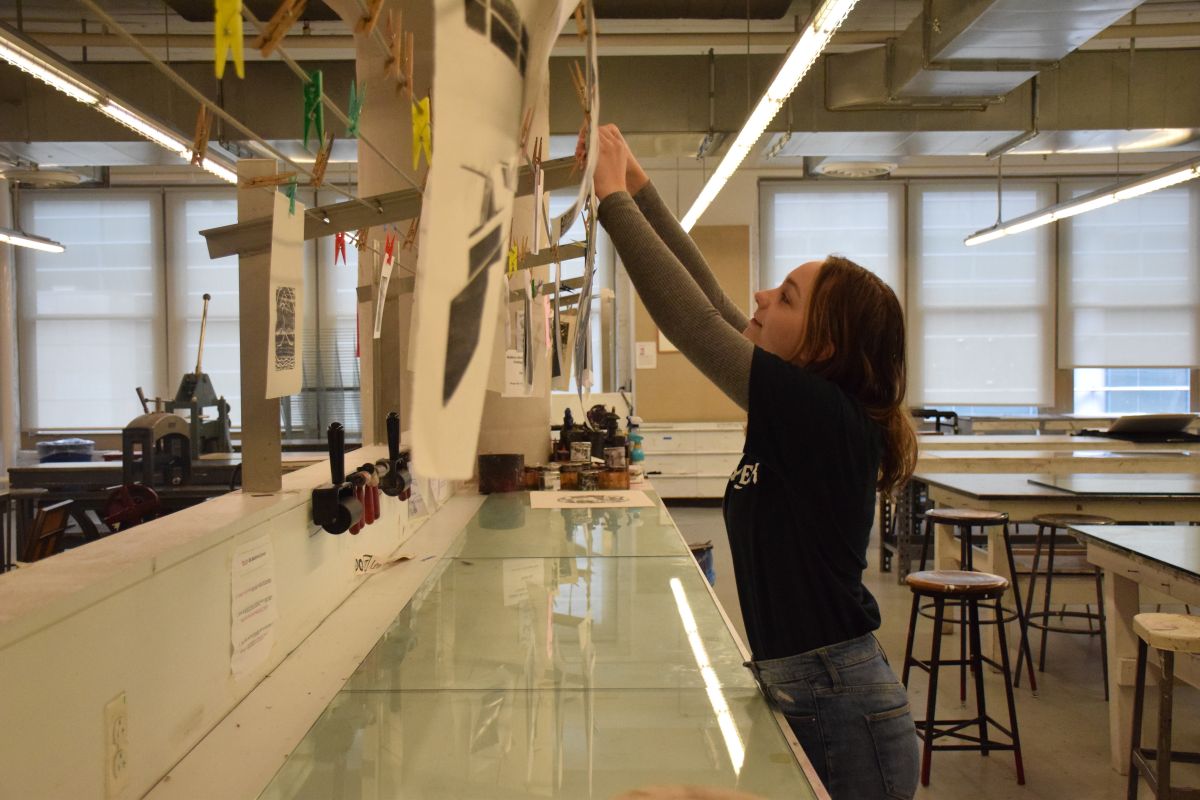