(Philadelphia – December 9, 2021) —The Pennsylvania Academy of the Fine Arts (PAFA) is pleased to announce that Eric Pryor has been appointed president of the historic museum and college, beginning January 18, 2022.

One of America’s cornerstone cultural institutions, PAFA is poised to move forward into its next significant institutional chapter. A strategic, creative, and collaborative leader, Pryor is skilled at guiding institutions through transitions and will partner with PAFA’s constituents to reimagine the organization and ensure its long-term sustainability.

“I am profoundly honored to be taking on the leadership of this historic and celebrated institution,” said incoming PAFA President Eric Pryor. “I am eager to work in partnership with the PAFA board, staff, faculty, students, and alumni, and start writing its next magnificent chapter together. I’m also delighted to be returning to Philadelphia and its varied communities. It is a city of great art and artistry, with PAFA as one of its crown jewels.”

“We unanimously chose Eric Pryor as the next President of PAFA because he has all the qualities we hoped for in our next leader: he is strategic, collaborative, and innovative, with the sensibility of an artist,” said Chair of the PAFA Board of Trustees Anne E. McCollum. “He will bring a new dynamic to our 216-year old institution that will help us respond to our changing society. I’d like to thank everyone involved in our extensive and inclusive search process. We brought together students, faculty, staff and alumni, resulting in the best possible outcome as we move forward together as an institution. I also extend our gratitude to Isaacson, Miller for their leadership in reaching this successful appointment.”

“Eric Pryor resonates with PAFA’s shared core values as an institution—its traditions, commitment to diversity and inclusion as well as to education and stewardship, and its foundational bedrock of community,” said Vice Chair of the Board of Trustees and Chair of the Board of Governors Reginald M. Browne. “He made a palpable connection with the PAFA community during his visits here. I am confident that he will be a passionate advocate for PAFA’s legacy and inspired by the work we have already begun to move toward our future.”

PAFA holds a distinctive position in the art world because of its dual organizational structure as a fine arts educational institution and museum. Through instruction and academic programs, acquisitions, exhibitions, and community programming over many years, PAFA has maintained its reputation for its world-class collection of American Art, and it has a successful track record of educating artists to become innovative makers and critical thinkers, who bring an understanding of tradition while challenging convention.

The position of president was previously held by David Brigham, who left PAFA in November, 2020, to become president of the Pennsylvania Historical Society. 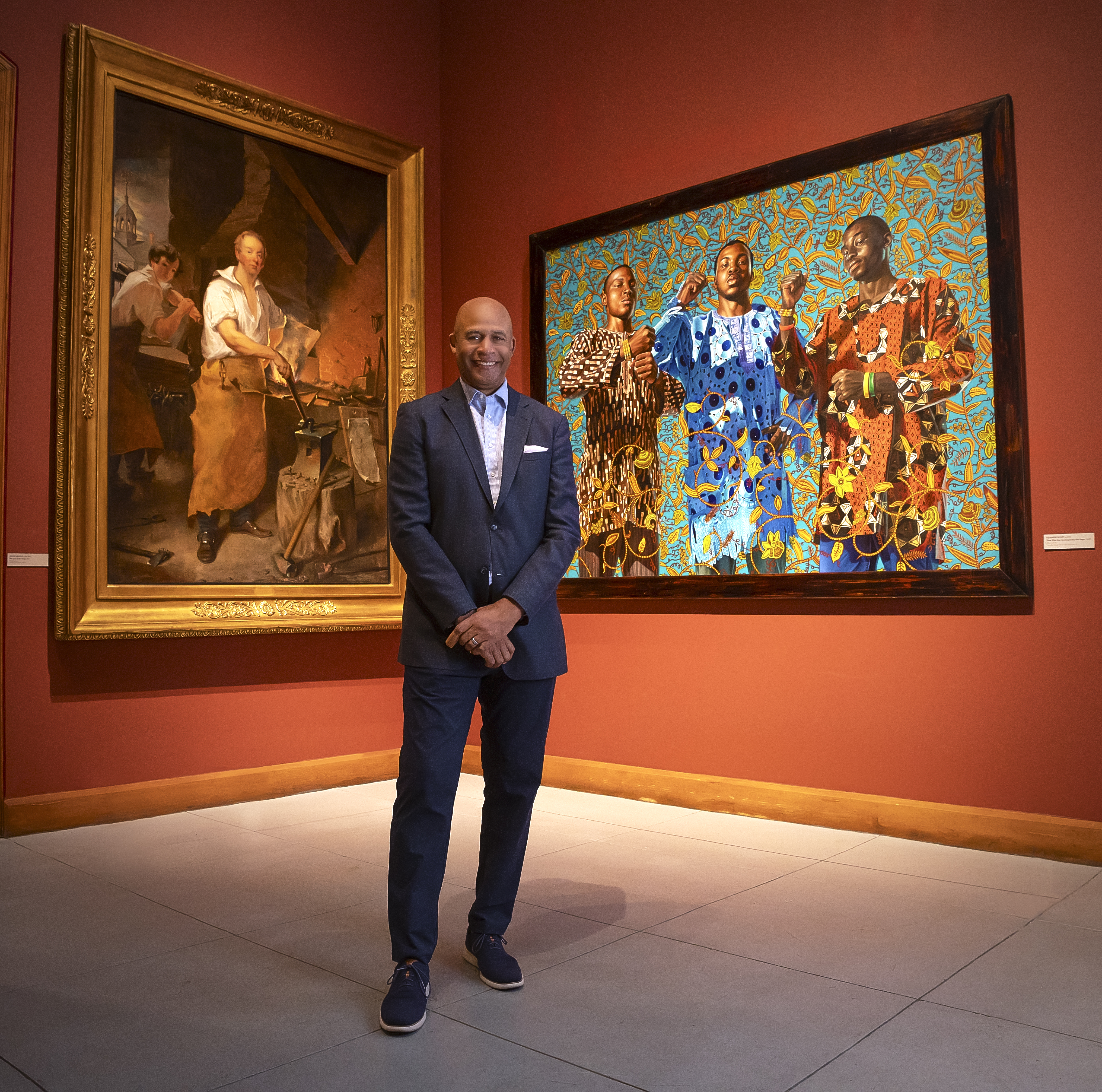 Eric Pryor becomes President of the Pennsylvania Academy of the Fine Arts (PAFA) in January, 2022. A strategic, creative, and collaborative leader, he brings over 25 years of experience in education, museum administration and community-building initiatives to PAFA, America’s first school and museum of fine arts.

Previously Pryor served as Executive Director of The Center for Arts Education (CAE) in New York, providing direction and oversight for all of CAE’s teaching and learning programs, professional development activities, advocacy and public engagement initiatives, and fundraising efforts.

He was Executive Director of the New Jersey State Museum (NJSM), known as “New Jersey’s Smithsonian.” As Executive Director, Pryor successfully revitalized this historic institution, which boasts a collection of over two million objects and specimens, the state’s largest Planetarium, and 38,000 sq. ft. of exhibition space, including a cultural history collection and a fine art collection.

Earlier in his career, Pryor served as president of the Visual Arts Center of New Jersey (VAC) in Summit, New Jersey. During his tenure at VAC he developed and implemented a five-year strategic plan built around a $5.4 million capital campaign that expanded the VAC facility from 13,000 square feet to 24,000 square feet with three new exhibition spaces and nine state-of-the-art studios for art classes.

Pryor began his arts career as Executive Director of the Bedford Stuyvesant Restoration Corporation’s Center for Arts and Culture (CAC) in Brooklyn, New York. CAC, the country’s first and largest community development organization to use arts programming as a community-development tool. At CAC, he served as head curator and developed and managed several CAC programs including the Skylight Gallery and the Performing Arts/Presenting Program. He was also responsible for developing the Playwrights Den, a scriptwriter’s workshop for young playwrights and the Restoration Youth Arts Academy, a multidisciplinary arts training program serving 500 students on-site and 1,000 in New York City schools.

Pryor is an active community volunteer and uses his educational and professional arts background to advance the goals of organizations that he serves. Currently, he is a member of the Board of Directors of New Yorkers for Culture and Arts and City College of New York President’s Advisory Board. Formerly, he served as a board member of Art Pride New Jersey and Paper Mill Playhouse and as an advisor for public arts projects for the New York Foundation for the Arts and the Metropolitan Transportation Authority.

He currently resides in West Orange, New Jersey with his wife and two daughters, and looks forward to relocating to Philadelphia.

Since 1982, Isaacson, Miller has recruited for the leadership of the nation's civic infrastructure. The firm has approximately 165 employees located in Boston, Los Angeles, Philadelphia, San Francisco, and Washington, D.C. Isaacson, Miller completes 400 searches each year, and their clients include colleges and universities, foundations, research institutes, arts and cultural groups, and social justice and other national advocacy organizations. Almost all of their clients are not-for-profit organizations meeting the demands of both mission and market.