“An artist enrolled in a school such as PAFA finds their practice transitioning from one realm of exploration to another until discoveries are made.” So begins the description of the Paths exhibit, which displayed works by PAFA’s Master’s of Fine Art Class of 2022 this past summer and early fall. Exhibiting MFA student Athena Scott (’22) is midway through her own path to discovery, and after a self-imposed “year of yes,” she is ready to take all her learnings and find herself as a complete artist.

By Fall 2019 Athena was far into a career as a web/graphic designer. “I was working all day and then coming home and painting all night. It was like doing what I had to do and then doing what I loved,” she remembers. “I needed a shift, so I went for a tour at PAFA and fell in love with it.” At the same time she learned about artist residencies at the Cherry Street Pier through a friend. She applied, thinking at best, she had a shot at one opportunity. Fast forward to early spring 2020 and her acceptance to both programs. Athena figured she had several months to decide what to focus on: school, a residency, or her ongoing employment. “COVID made the decision for me,” says Athena who was initially furloughed, then laid off as the pandemic raged on. “It gave me that time to fully invest in both of these new spaces. It just kind of seemed like it was meant to be.”

Athena entered PAFA in August 2020, knowing her new degree program and residency represented opportunity: “Why would I come here to do the same thing I had been doing at home?” So she chose to say ‘yes’ to projects, connections, and materials outside her comfort zone. She said ‘yes’ to the Cherry Street Pier residency, which put her in a more public studio space than ever before, with large windows for passersby to witness the creative process and a culture of collaboration among the residents. “Being in this space, it would help me kind of get out of that shell that I built for myself,” she reflects, noting that pushing through moments of discomfort or shyness this year has resulted in largely positive experiences.

Anyone watching Athena’s painting and drawing clips on Instagram can see the ease and talent she brings to her portraiture. But coming to school was about accepting new challenges. After trying some collage, PAFA’s critics encouraged Athena to take Kate Moran’s “Lo-Fi Translations” course, in which graduate students are encouraged to move interchangeably between 2D and 3D works. “It was hard, but it expanded my thoughts on what could be done.” Her piece in Paths—“A Stranger In The Village” is based off the essay by James Baldwin and uses mirrors, among other materials, to place the viewer inside the tumultuous events of Baldwin’s time, which Athena sees repeating today—represented an achievement, after feeling like things never clicked on her first attempts. “That was the point where I could express those idea and emotions in another form and everything opened up. I know I have some other stuff in me to do that’s not painting.”

For aspiring artists considering PAFA, Athena has one bit of advice: “Come in open. This is the place to let your creativity go free. You have access to everything you could possibly imagine. It's a great community for any student who wants to see how far they can push their skills. I would have never been able to do this at home.” She is finding herself as a total artist, not just the painter and portrait artist she has always identified as. “I’m putting it all together in this second year and seeing how far I can take my creativity,” says Athena. “I’ve tried a few things and now I can sum up my experience here at PAFA by diving into the artist I could be.” 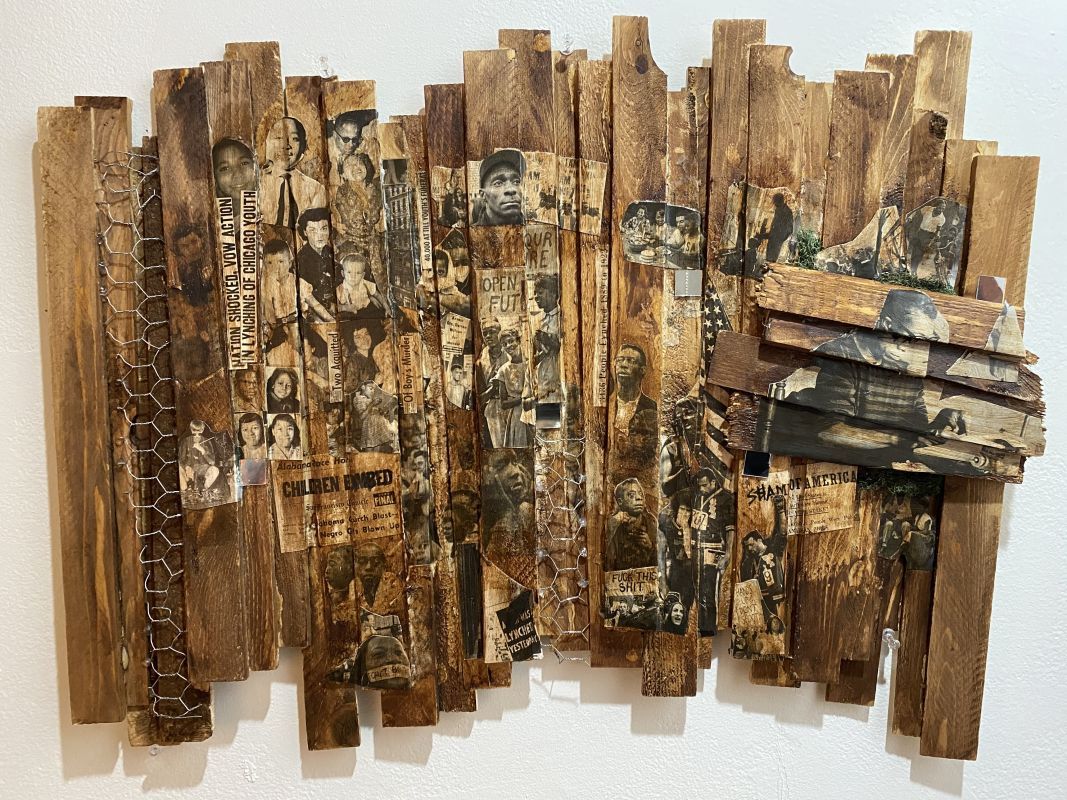 “A Stranger In The Village”
Mixed Media Collage on Wood
2021 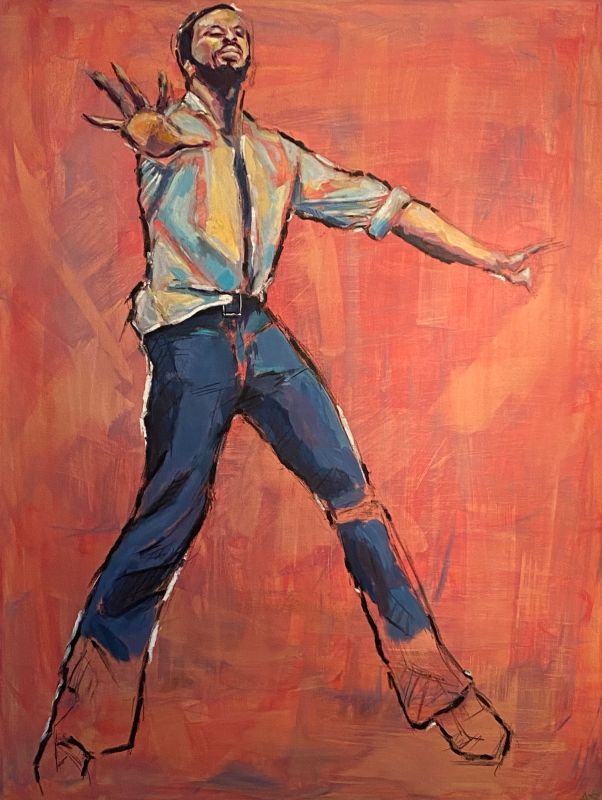 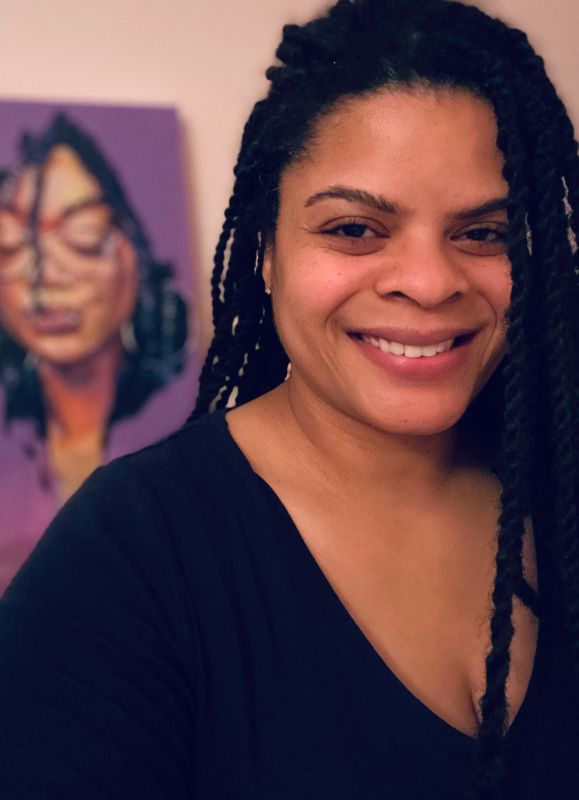 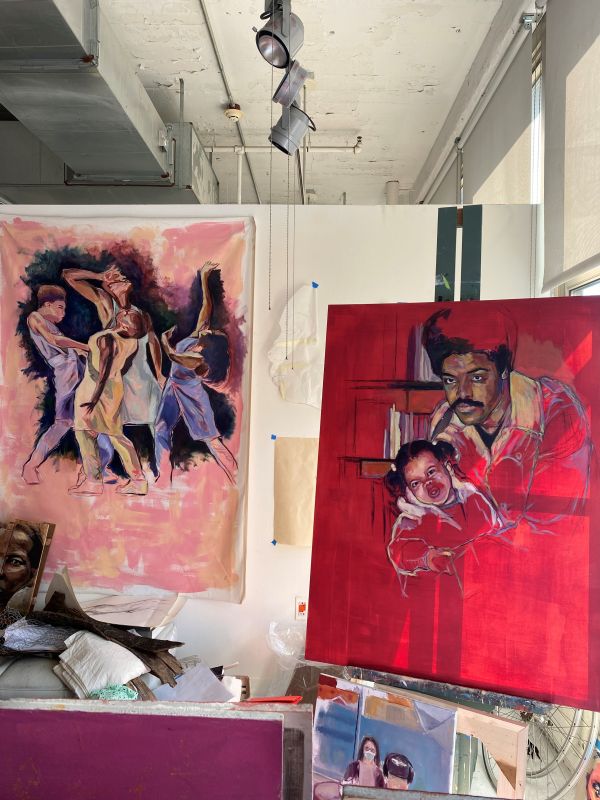 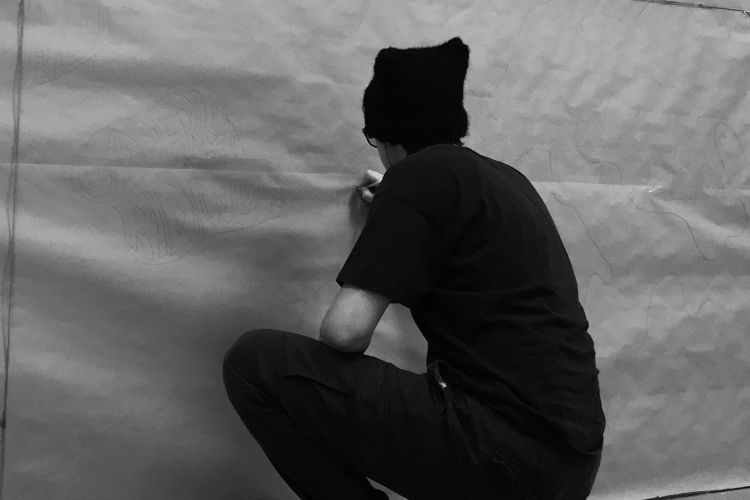 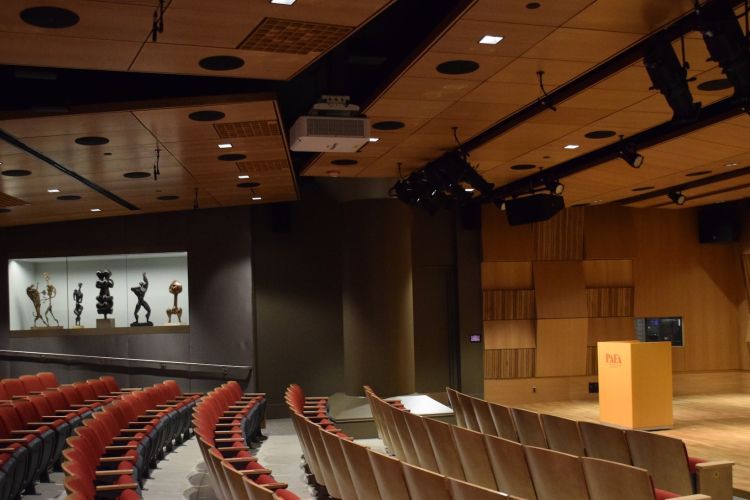 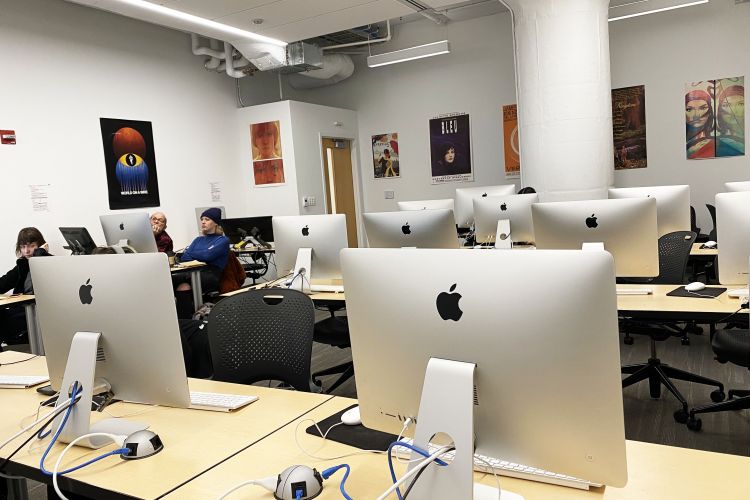 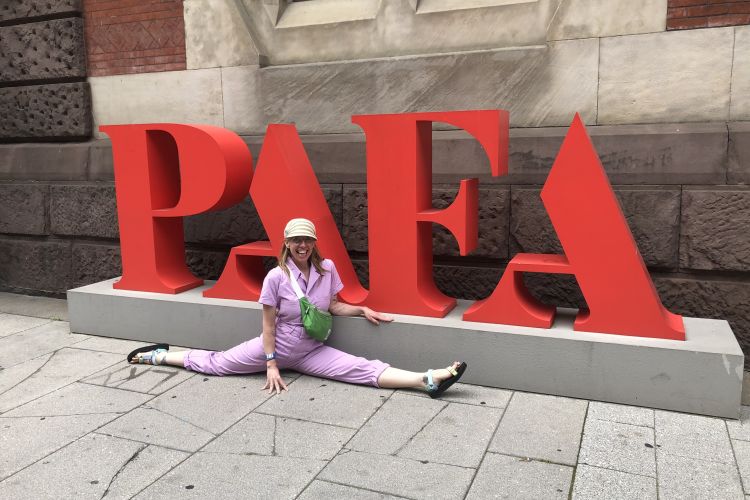