Sally Richards '20: A Tech Executive Turns To Art As A Second Act

Preparing for the Annual Student Exhibition can be a stressful time for students at PAFA.

The Annual Student Exhibition (ASE) has been a tradition at PAFA for more than 100 years and is the culminating event in a student's journey at PAFA. Each spring, graduating students in PAFA's undergraduate and graduate programs have the opportunity to curate, install, and sell their own works in the PAFA museum galleries.

With students creating more than 1,000 paintings, sculpture, works on paper, and installations, It is one of the most celebrated student group shows in the country. But what to hang on their ASE wall is a question that keeps many artists up at night.

“I wake up at 4 o’clock in the morning and problem solve about different things, then I just let it go and try not to worry about what’s going out because I’ve got a lot of things going on,” said Sally Richards (Cert. ‘20). “I’m more concerned with pushing out the ideas, making the ideas happen.”

Richards isn’t stressing because her previous career had enough stress for one lifetime.

“I had a long career with agitation before I started this program,” she said. “I was an executive in the technology sector. I finally retired a couple of years ago so that I could devote time to this program.”

After more than 20 years at companies such as Gap and AT&T, Richards decided to focus on her art. She had been taking classes through PAFA’s Continuing Education program but wanted a deeper education. She enrolled in PAFA’s certificate program to expand her skills and refine her technique.

“I wanted to study classical art, like painting the figure because I thought it was very important to have that as a background.” “It's like when I was in business. If you didn’t understand accounting, among other things, then you really couldn’t function as a business leader. I thought to have a base was very important.”

She began with large oil paintings and reduced them in size, changed media and moved toward a more saturated palette. She also challenged herself not to use the color brown.

“The intention here was to break down what can often be very complex. I turned this panoramic scene into tiny pieces, and I’m showing a microcosm of a larger scene,” Richards said. “I’m massively simplifying the shape so that everything is shape and color and light.”

By stripping down a traditional landscape, she hopes to convey the spark of seeing something beautiful outside and capturing that moment.

That desire to zero in and focus on one element has followed Richards as she plans her ASE wall.

“I don’t want it to look like there are 10 people who contributed to the wall. I don’t want to have one-off things,” she said. “I want to put things up that I can group together, things that are in common with each other and express the great place that nature is.”

And she’s committed to keeping her stress-level to a minimum.

She hopes to sell her art in the exhibition but already has a backup plan for a three-dimensional puzzle she’s making that started as a landscape painting.

“These pieces are like a little kids’ puzzle. We have three-year-old twins in the family so these could be destined for their room. They’ll be so nice hanging there if they don’t sell in the ASE.” 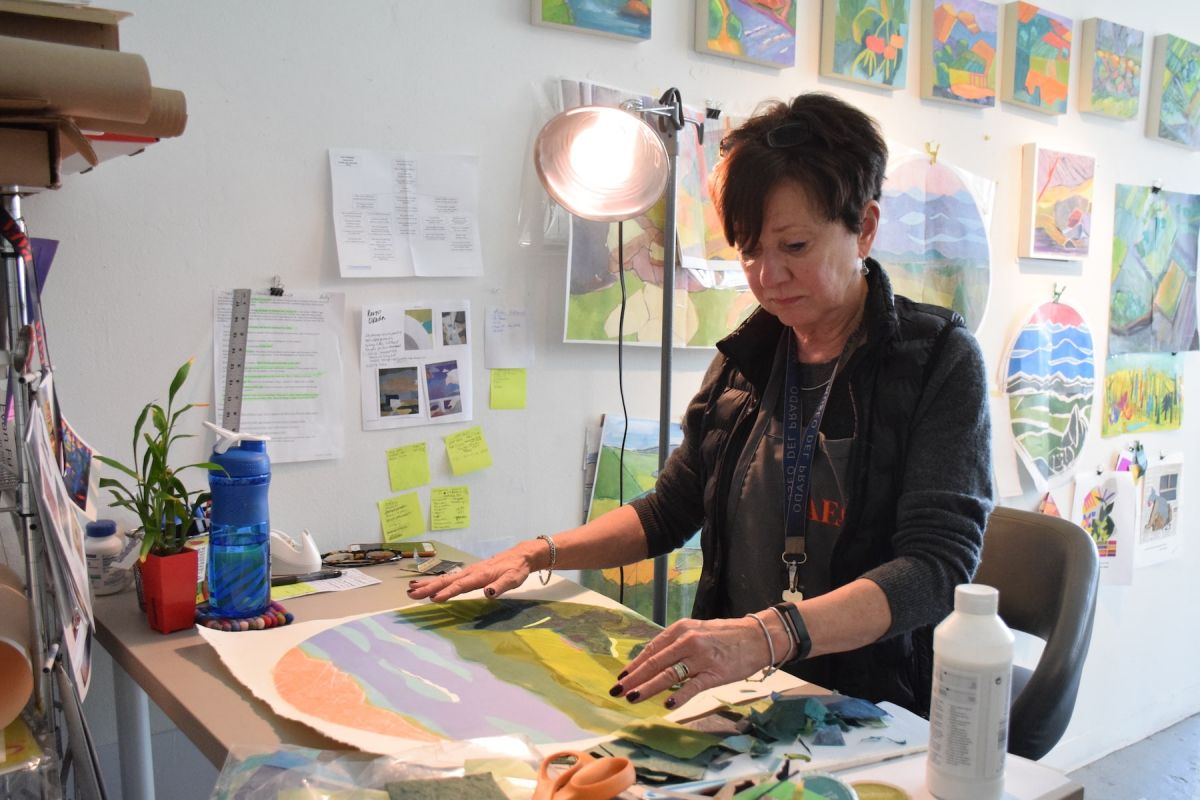 Sally Richards '20 works on a piece for the ASE. 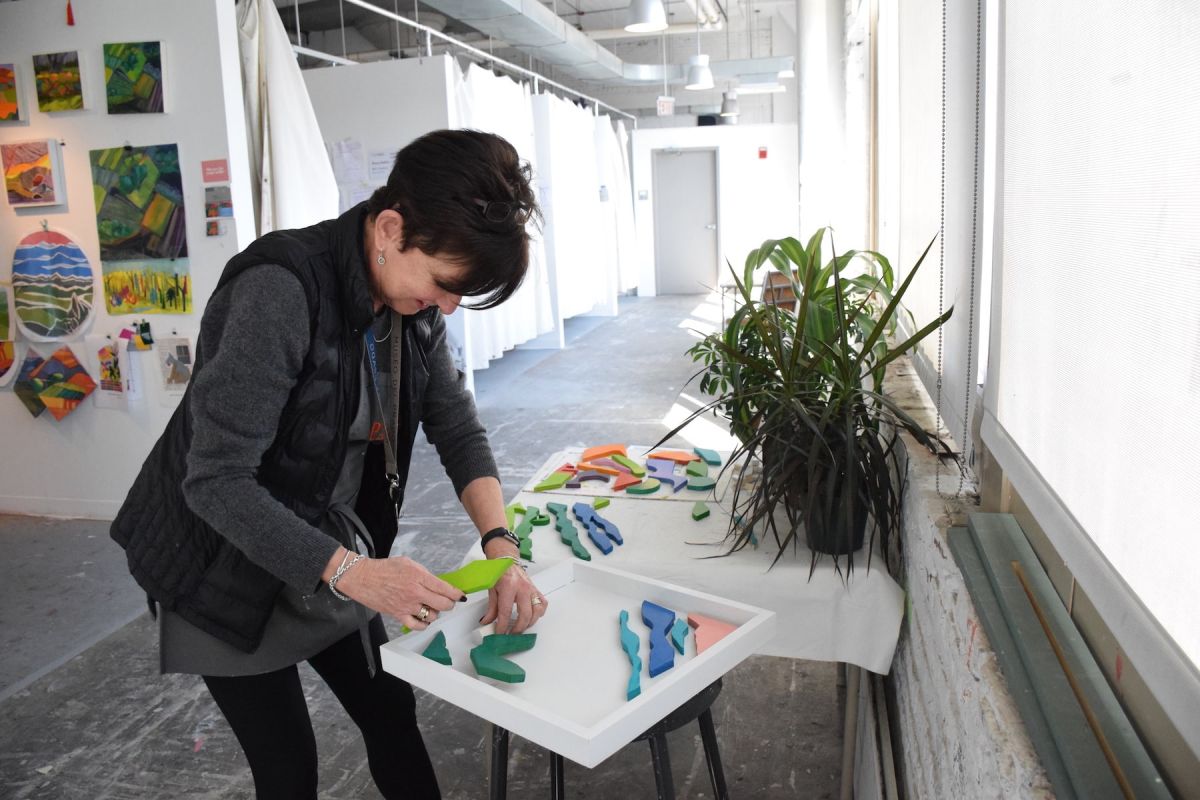