The funding is used for various student-led projects from purchasing supplies, to mounting an installation or starting a gallery.

Automat, a collective run by PAFA graduates, was launched with the help of Fine Arts Venture Fund money. The collective is currently managed by eight PAFA alumnae, and is located in the Callowhill section of Philadelphia. The group produces several exhibitions each year.

When Sophie Brenneman (MFA '17) heard about the Fine Arts Venture Fund while she was a first-year MFA student she thought it was too good to be true.

“It seemed kind of weird to me because, ‘Sure, I need supplies’ but I didn’t think anyone would give me money,” said the 2017 MFA graduate.

When many of her fellow students received funding in 2016, Brenneman knew she wanted to apply and started thinking about her proposal.

Potential Venture Fund recipients submit proposals with a budget breakdown of their funding request, along with their resume and images of their work, which is then reviewed by the Venture Fund board.

“It’s a real world experience. It’s not this hypothetical thing of: if you were to write a grant what would you do,” Brenneman said.

The grant proposals are reviewed and then 15-20 students are invited to present to the board.

Brenneman presented her proposal to buy Polytab fabric in the spring of 2017.

She was introduced to the material the summer after her first year in the MFA program while interning with Mural Arts Philadelphia. Many of the murals in Philadelphia are painted on Polytab because the mural work can be done in a studio and then mounted on a building.

Through her internship, Brenneman was able to work with Polytab scraps and wanted to experiment with it more. The price tag, $1,000 for a 500-yard roll kept her from buying the material for herself.

“I had always done large figurative drawings and paintings but I’m also very frugal and thrifty,” she said. “I could never reconcile spending a bunch of money on experimental stuff because of the potential for it to fail and I’d waste all of this money.”

A grant from the Venture Fund would allow her to buy the Polytab and see where it took her work.

To prepare for her Venture Fund pitch, Brenneman broke down her cost proposal into a detailed list of materials she would buy, down to the very last cent. She said presenting to a panel of people who work in business and not the arts forced her to learn how to communicate differently.

“I learned the value of the pitch and explaining how much money you’re asking for, why you’re asking for it,” she said. “They’re interested in your art of course and your story, but a lot of the people who sit on that board aren’t artists, they’re businesspeople.”

Brenneman hates public speaking, so even though she doesn’t remember most of her pitch it went well enough that her proposal was funded.

She was able to buy a roll of Polytab and used the material to create work that she later presented in the Annual Student Exhibition. All of the work she showed in the ASE was purchased by attendees and she is still working from the remaining roll of Polytab.

Brenneman now works at PAFA as Assistant to Dean Clint Jukkala. She has now come full circle as part of her role involves reviewing proposals for the Fine Arts Venture Fund.

Just one year after receiving funding from the program, Brenneman brings a unique perspective to the process. She spent the fall semester working with students to prepare their proposals and then assisted the board in ranking grant requests.

“It was very surreal to go from one side to the other,” she said. “It’s a really good thing that PAFA does, it sets artists up for success in multiple ways; whether it’s providing them with materials or giving them a practice run of how things will work when you’re not in PAFA.” 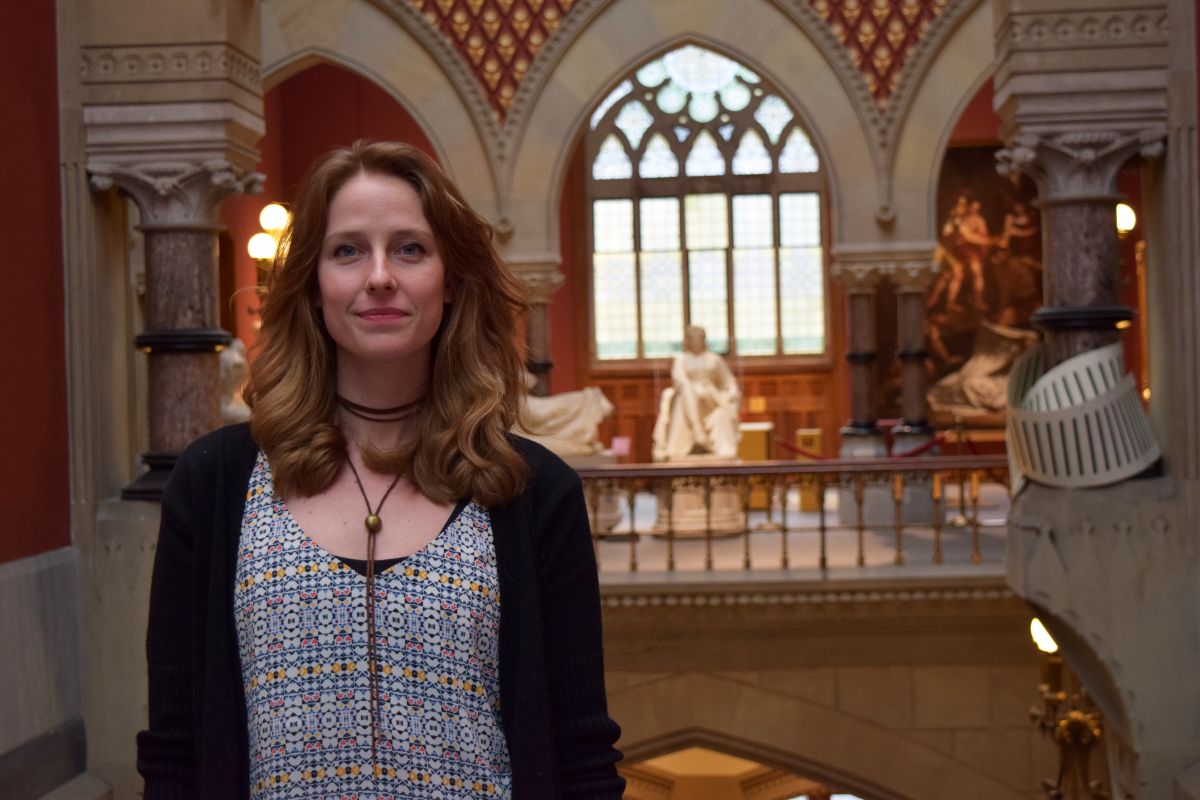