Raymond Saunders’ (Cert. ’57) influence on American art since his graduation from PAFA has been profound. While his work as an artist is at the forefront, Saunders also changed perceptions within the art world with his words. His self-published 1967 pamphlet Black is a Color is still prominently discussed in college classrooms. A 2003 exhibition of African-American Art at the Corcoran Gallery featuring Saunders work was named for the influential pamphlet, which argued that African-American artists should not be tethered to the notion of a race-based approach of making art.

“Certainly the American black artist is in a unique position to express certain aspects of the current American scene, both negative and positive, but if he restricts himself to these alone, he may risk becoming a mere cipher, a walking protest, a politically prescribed stereotype, negating his own mystery and allowing himself to be shuffled off into an arid overall mystique.”

Saunders wrote those words in 1967, and they still resound today. “Art projects beyond race and color, beyond America. Counter-racism, hyper-awareness of difference of separateness arising within the black artist himself, is just as destructive to his work, his life – as the threat of white prejudice coming at him from outside.”

While Black is a Color has been a tremendous influence to generations of artists, it was a single work by Saunders that is only a part of a distinguished career as an internationally celebrated artist. He created limited edition posters for the 1984 Olympic Games and that same year was the illustrator of the original book cover art and posters for David Mamet’s award-winning play Glengarry, Glen Ross. His work is part of permanent collections at the Whitney Museum of American Art, the Museum of Modern Art and the Metropolitan Museum of Art in New York, and many other museums nationwide. His 1971 portrait of boxer Jack Johnson is part of the permanent collection at PAFA.

Saunders is a recipient of a Ford Foundation Award, a National Institute of Arts and Letters Award, a Prix de Rome Fellowship in painting, a Guggenheim Fellowship and two National Endowment for the Arts awards. 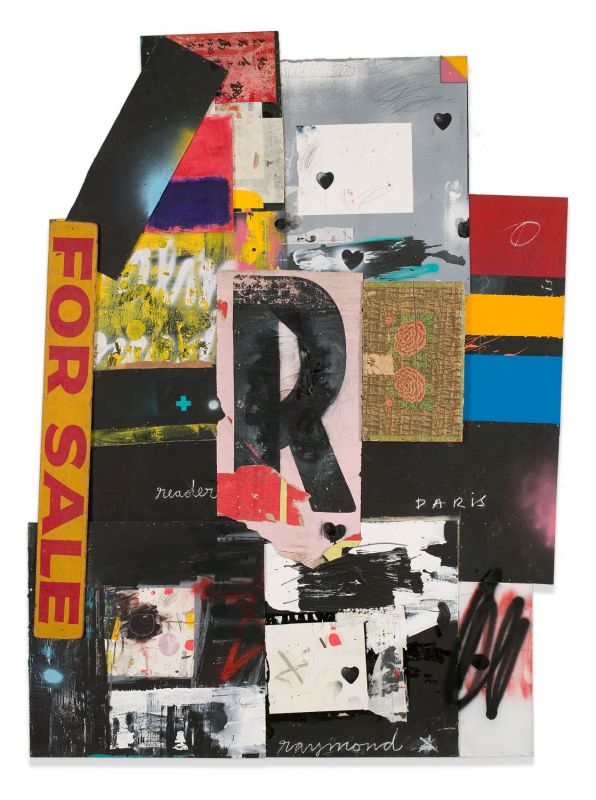