Rachel Saunders’s favorite space on the campus lies nestled away from the public eye on the 8th floor of the Hamilton Building, surrounding the elevators that transport her and her fellow MFA students from the streets of Philadelphia up to a haven of artist studios.

Known as Gallery 8, the lobby contains rotating exhibits of student work selected by a student committee including Rachel (MFA ’23) and her classmates Kailey Brown and Kristina Bickford.

“We walk by this art every day, so it’s a cool thought experiment to say, ‘What is going to be influencing everybody when they go to their studio?’ I hope that people can take away something new each time they go through there.” Rachel did some curatorial work during her undergraduate studies at Florida State University, where she was a museum studies minor. She has been involved in Gallery 8 since she entered PAFA in 2021 and has found it to be a great way to get to know new people and get involved in the community.

Rachel feels it’s particularly special to surround students with artwork by other students:

“If I see a technique I like or wonder about the medium, I’m able to go knock on their studio and ask my neighbor.”

Gallery 8 isn’t part of PAFA’s public exhibition spaces, but Rachel thinks that is part of what makes it special, especially for students who haven’t shown their work before. “It’s a legitimate gallery space, but it’s like a baby step before opportunities like the Annual Student Exhibition,” says Rachel with pride. “We want it to be accessible.”

The Gallery 8 team aims for two shows per semester and are looking forward to expanding on the open call format. Some ideas include curating based on the work they see as they travel through studios or announcing a theme far enough in advance to inspire new student works. Rachel and her fellow curators must soon craft a post-graduation transition plan so that this year’s newest MFA students can take the helm next year.

Rachel also serves on the Student Programming Committee. She was approached by Kevin Richards, PAFA’s Master of Fine Arts Chair, who wanted to give voice to and build community among the members of the Class of 2023. “It’s a small class, but we are always doing our own thing on different floors,” says Rachel of her cohort, which she admires for its diversity of experience, with some coming to an MFA straight out of undergraduate studies and others returning to school after a 30-year career. “It’s exciting to be part of generating that community.”

The committee plans events at bi-weekly meetings and receives staff support to put their ideas into practice. Some of the most popular programming has been the Sunday workshops led by students for students.

“Anybody in the program can run a workshop,” explains Rachel. “It’s a specific skill you have so there has been printmaking, textiles, canvas-building—they’ve been really successful.”

She believes that her small team has been effective by having footholds in different disciplines: “I'm a painter, another student is a printmaker, the other is in sculpture, so we all have different people we can connect to. And I like to think that I’ve tried to branch out and be inclusive of everybody.”

The concentration of the art scene in Philadelphia, from large institutional museums to one-person storefronts, has been a source of inspiration to Rachel since moving to the city. “I’m looking at art every day as I walk to school. That has been really exciting,” she recalls. By the end of her studies this spring, her own curatorial efforts within the committee and Gallery 8 may prove to be just as impactful: “We’re providing that constant source of inspiration and fueling creativity even while you’re waiting for the elevator.” 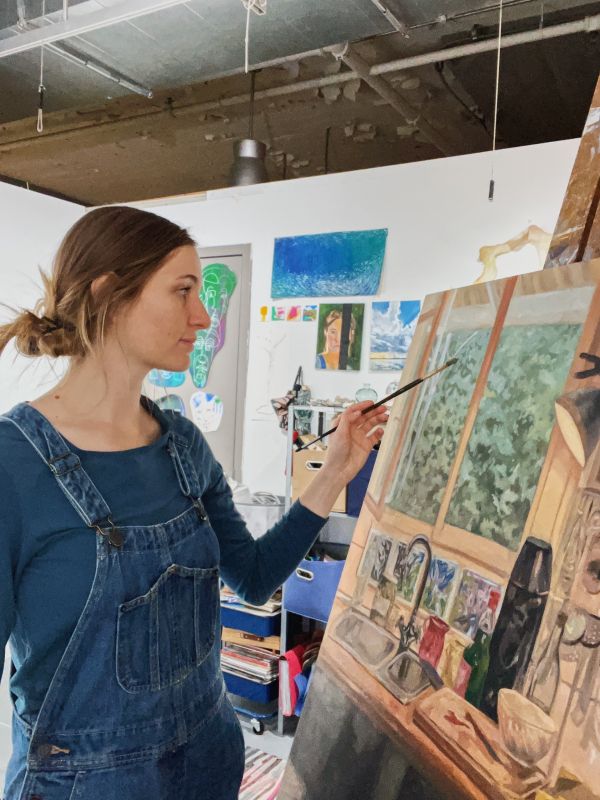 The artist at work in her studio 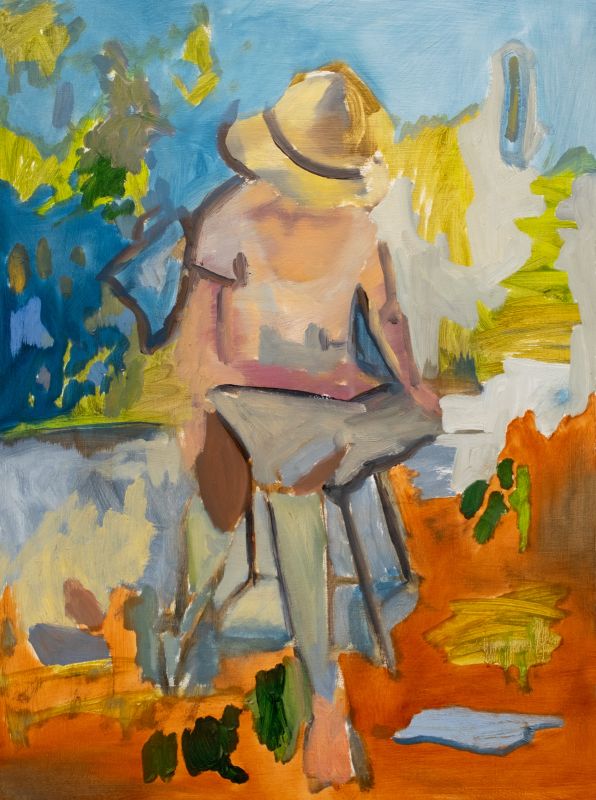 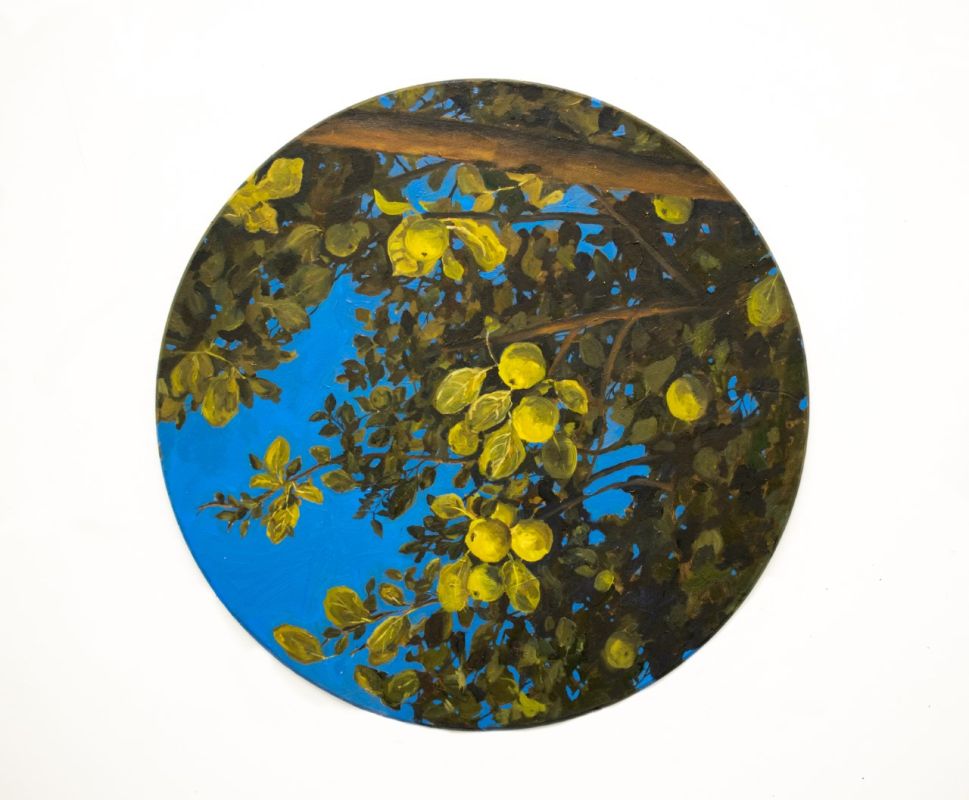