A stack of parking violation tickets from the Philadelphia Parking Authority looms in Andrew Snow’s studio.

Snow (MFA ’20) isn’t criminal about feeding parking meters or parks where he shouldn’t; he doesn’t even have a car in Philadelphia. But he sees lots of drivers who view parking enforcement signs as suggestions instead of rules.

“I live near Race Street so I walk home and there are so many people who park nearby for the convention center and I watch people just throw the ticket off their car and drive away. That doesn’t make the ticket go away,” he said. “If someone throws their ticket on the ground and doesn’t want to pay the violation, I will get up and take it.”

Unfortunately for the delinquent drivers, Snow isn’t paying off the discarded tickets. Instead, he’s turning someone’s cast-off fine into a personal self-portrait. The tickets and other found objects get branded with personal writing.

“It’s playing off of memory and kind of the ghost of a memory,” Snow said. “It's the same reason I was doing portrait paintings before, I always want to remember or memorialize a person or a time.”

Before coming to PAFA and Philadelphia, Snow lived and worked in Florida. After graduating from the University of Central Florida, he spent a year working in the studio with a friend. He found himself painting portraits of friends and lovers, focusing on relationships in his art.

His relationships were so strong in Florida that he was nervous about leaving for graduate school. Snow spent the week before moving unsure if he would make the leap and head north. But Snow said the day he left Florida he knew he was making the right decision, and being at PAFA has only reinforced that belief.

“A lot of my work is about life, about all of these experiences. So I realized if I hadn’t come here then a lot of these works wouldn't have been created, so I did something right by coming here.”

At PAFA, Snow said he’s been the most impacted by the group critiques he’s had with fellow students, professors and visiting critiques. He said he missed bouncing ideas around with artists after graduating from UCF and needed to talk to more artists.

“Having these group critiques has been the best for me so far, it’s great to have people who aren’t only painters to talk to about my work,” he said. “I was always drawn to painting because that’s what I loved to do but coming here has made me let go of putting painting at the top of my art hierarchy.”

Painting is still a part of Snow’s art practice; he is currently working on an oil painting in his studio. He tried blending painting and his violation ticket project, by making paintings of the objects but said they didn’t have the same impact as the objects themselves.

“I’m taking memories or things that people are trying to throw away and imprinting my own experiences on them.”

He is hoping to make more experiences and memories in Philadelphia after graduation.

“I think I’m going to stay in Philly for a bit. I thought I would do two years and then move back to Florida but I don’t think I’m done here.”

There are plenty more discarded PPA tickets to collect. 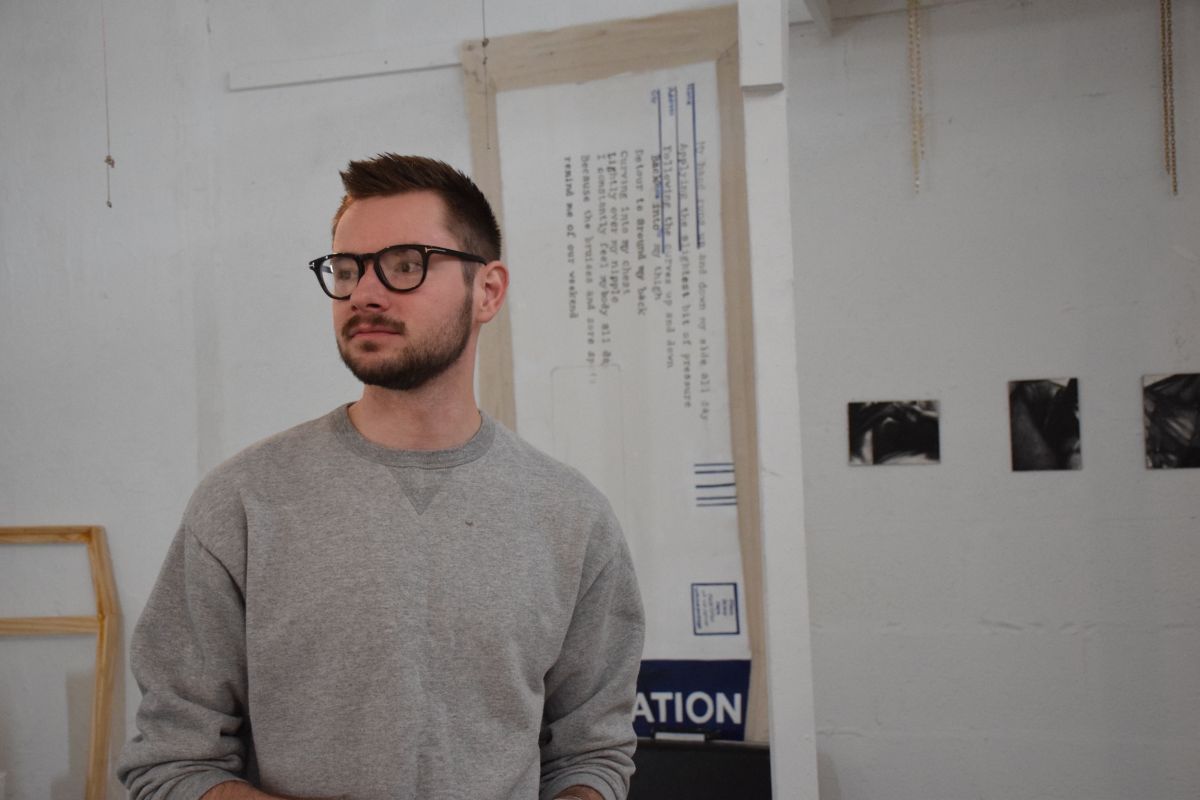 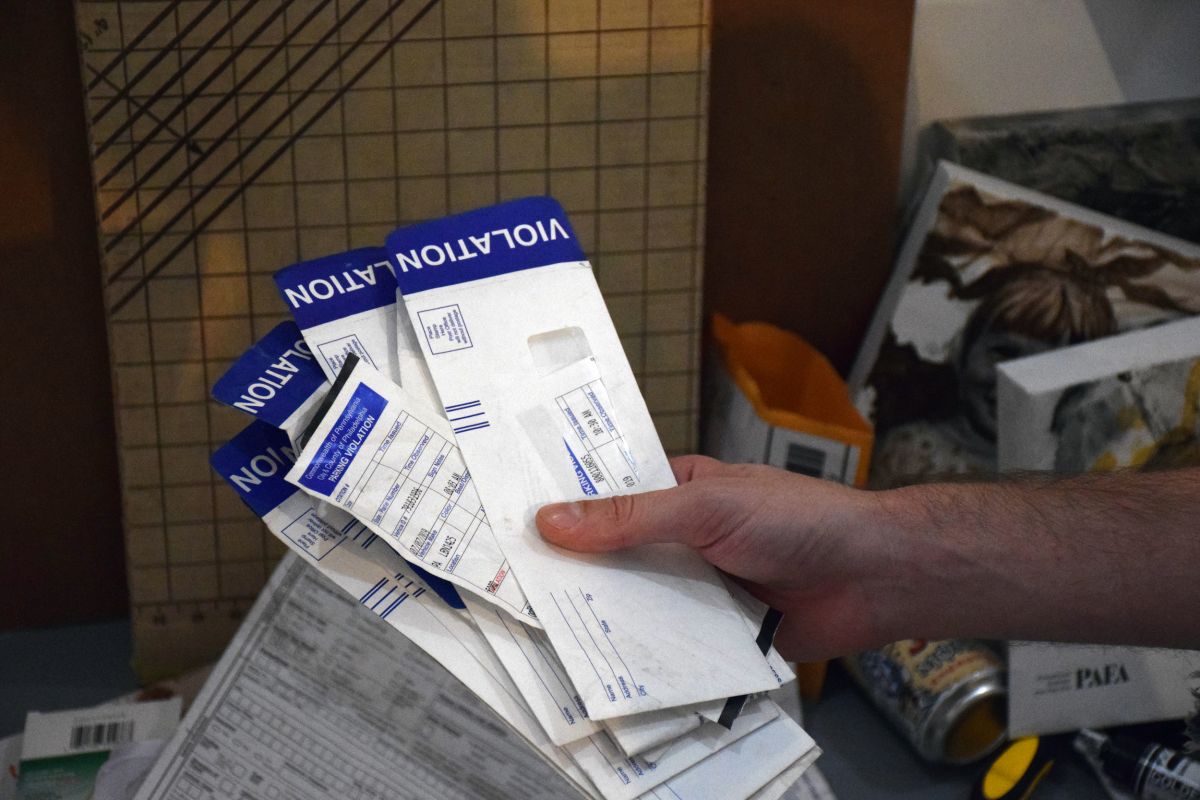 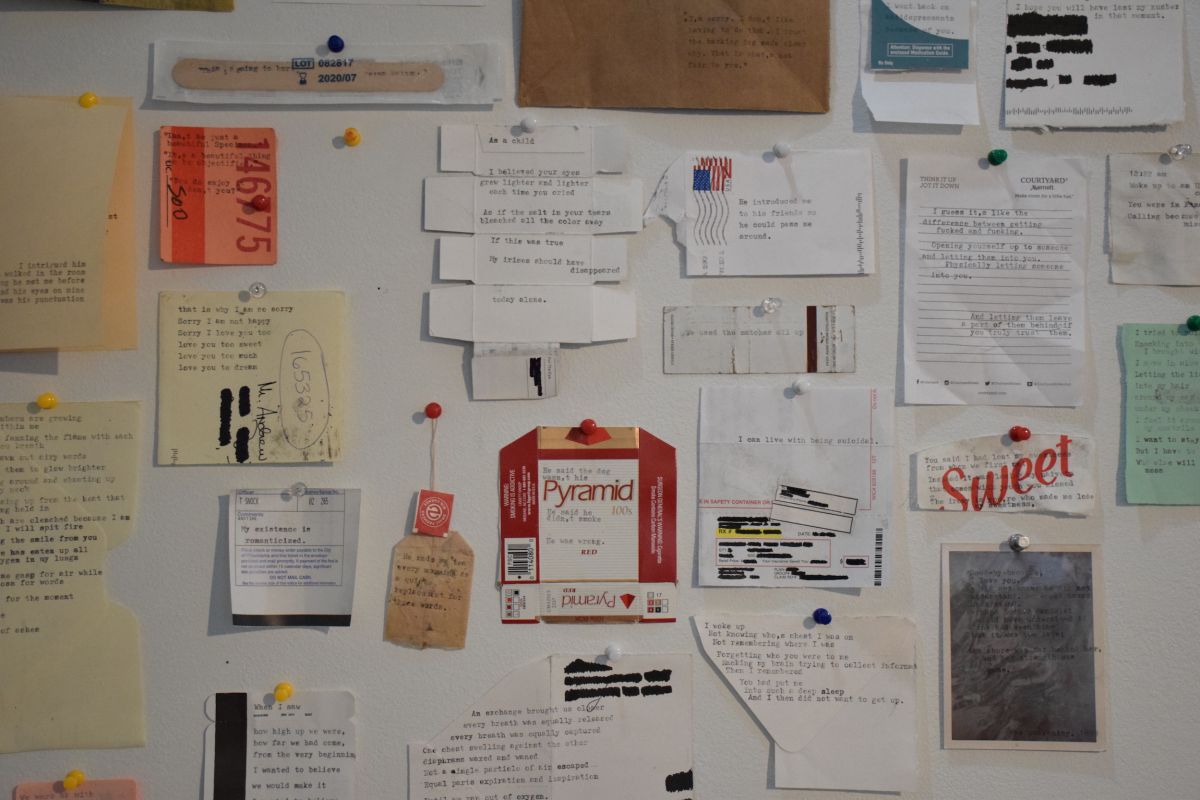