Work by PAFA’s accomplished alumni can be found everywhere, from galleries and museums to books and films. You might even have creations by one alumna in your pocket right now.

Award-winning sculptor and PAFA alumna Phebe Hemphill has worked since 2006 as a medallic sculptor at the U.S. Mint in Philadelphia. She is one of seven people at the sprawling facility who create, design and sculpt the reliefs that end up as currency, presidential and congressional medals, and commemorative coins.

Hemphill graduated in 1987 from PAFA with a Certificate in painting. She also studied with famed sculptor and PAFA alumnus Evangelos Frudakis and worked for many years as a freelance sculptor at The Franklin Mint.

Hemphill’s work includes many in the state quarters program, among them Yosemite, Gettysburg, the Grand Canyon, and Mount Hood. Other examples of her work can be found on the 2015 and 2013 Native American dollar coins, and dozens of special commemorative coins.

“We go to sites and do research to create the designs,” she said during an interview in her cozy workspace, located not far from the massive machines that churn out shiny currency 24 hours a day. “The designs are shown to two major committees in Washington, D.C., and they make the final approval.”

Her sculptures have been exhibited by the American Medallic Sculpture Association and the National Sculpture Society, and at Philadelphia’s F.A.N. Gallery.  She received the NSS’s prestigious Alex J. Ettel Grant in 2000 and the Franklin Mint’s celebrated Renaissance Sculpture Award in 2001.

“Things have changed so much in the sculpture world, so much of it is digital,” she said. “We have the best of both worlds at the Mint.”

She creates her coin designs using clay on dinner plate-sized plaster discs that resemble blank coins, as well as on her computer using 3-D imaging software. Unlike some of her colleagues, Hemphill continues to sculpt with both traditional and digital tools.

“The best reason to do traditional work now is the ability to see depth perception,” she explained. “Since we’re working in such shallow relief, it’s a very important and viable way to do it.”

Her latest work to be unveiled by the Mint is a coin representing West Virginia as part of the America the Beautiful state quarters program. Hemphill's design features the site of abolitionist John Brown’s Fort at Harpers Ferry National Historical Park. Hemphill has a unique connection to Brown: She is a descendant of Philadelphia businessman Hector Tyndale, who accompanied Brown’s wife to Charles Town in 1859 for a final visit with her husband before his execution on a charge of treason. 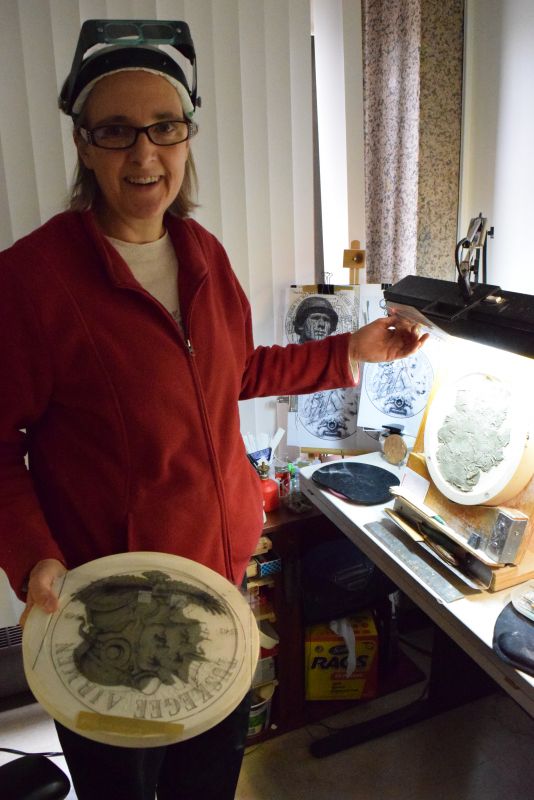 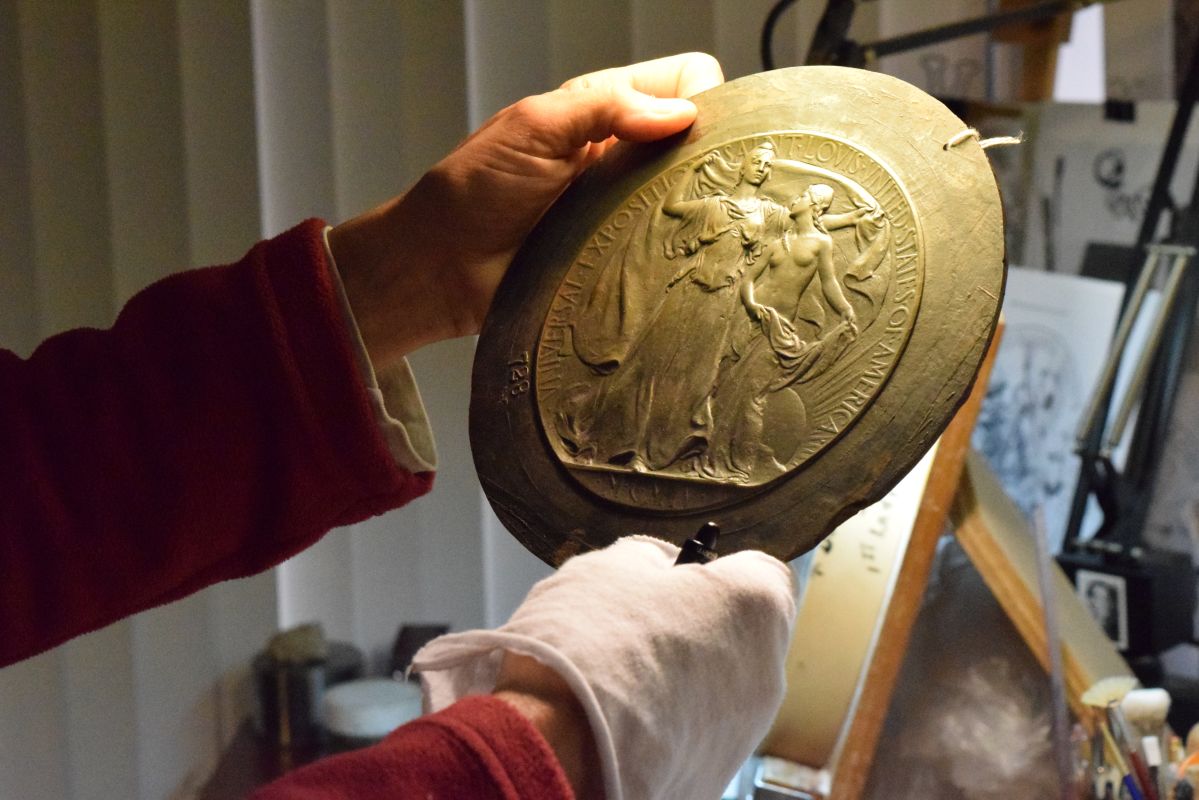 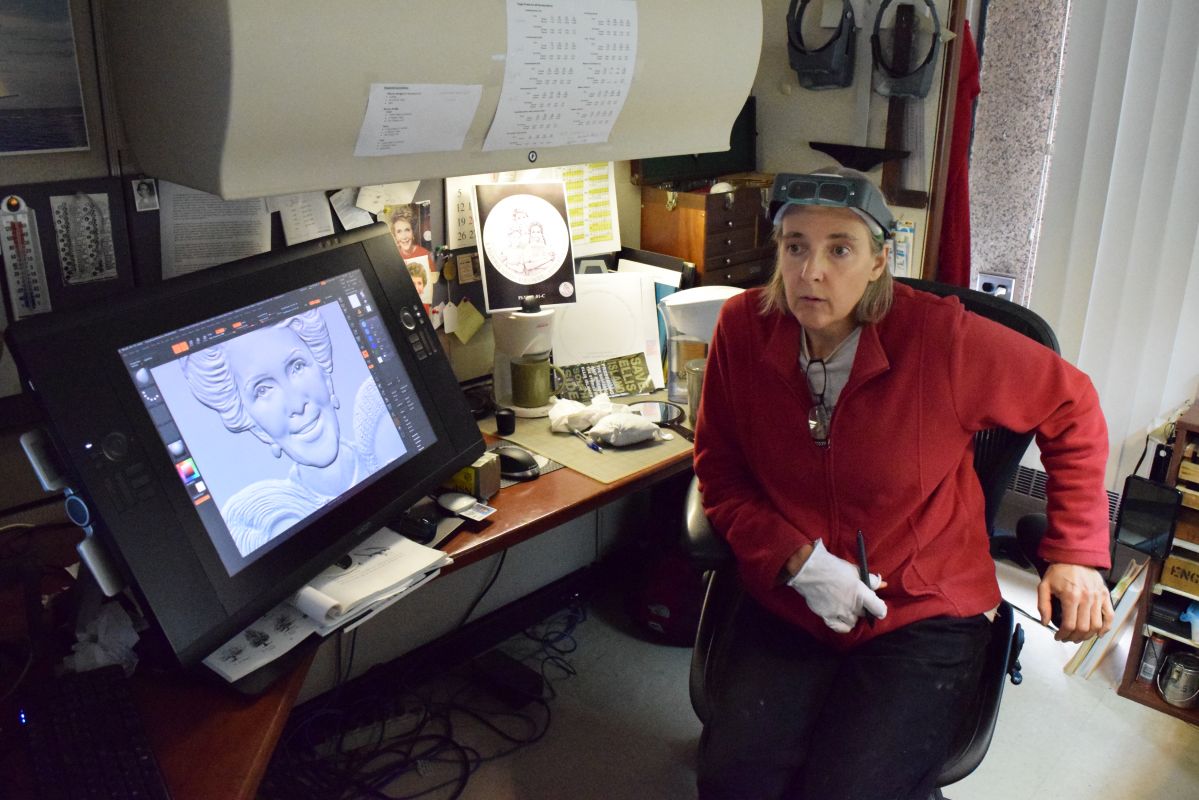 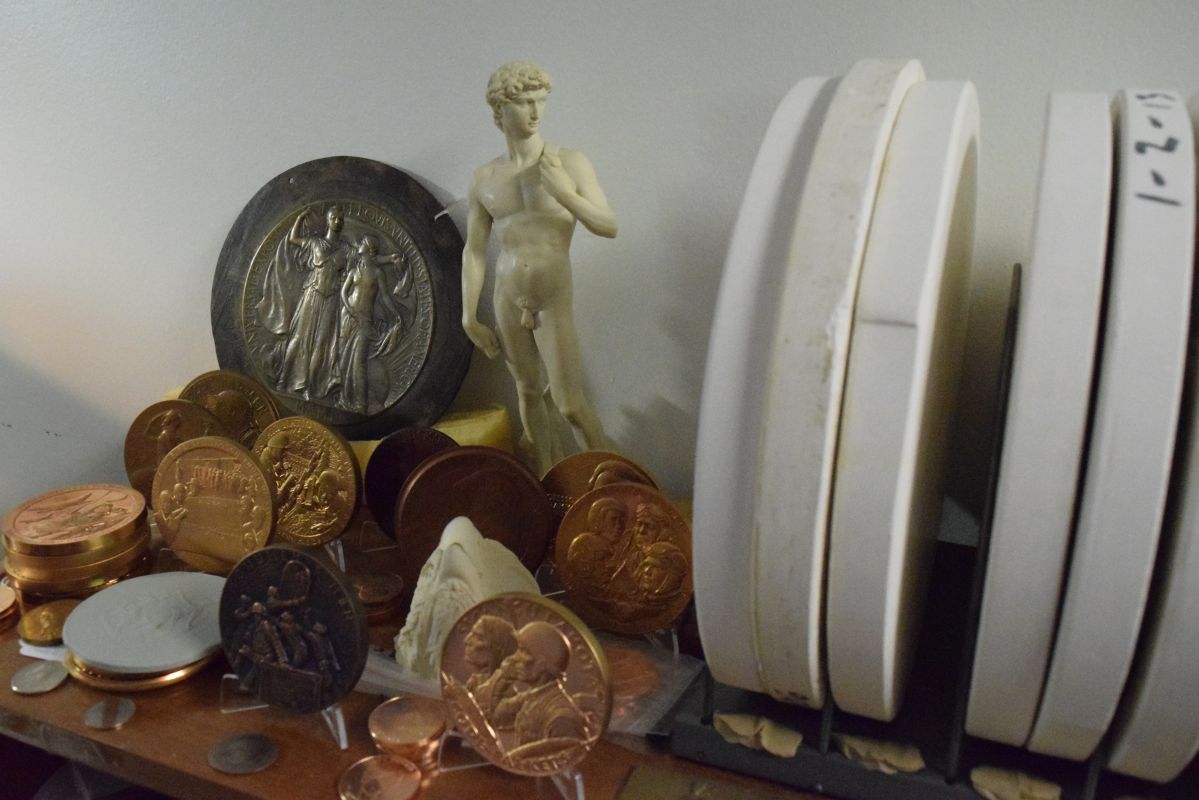 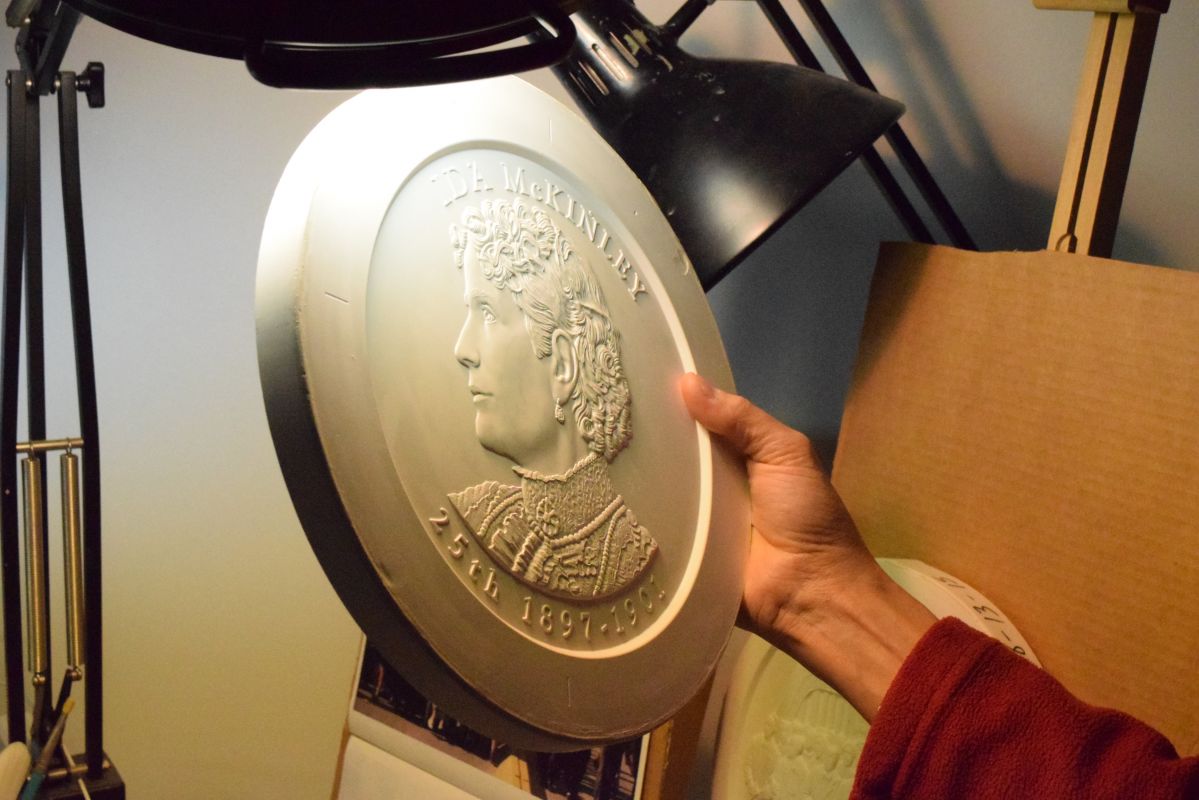