If Renee Foulks could plan the curriculum at PAFA, she’d start a class called Stealing from the Masters.

Foulks isn’t planning a heist to walk out of the Historic Landmark Building with Thomas Eakins’ Gross Clinic or Cecilia Beaux’s A Little Girl, but the chair of the drawing department does want students to take techniques, ideas, and inspirations from the artists in the museum’s permanent collection.

Whether walking through the museum between classes or painting in Cast Hall during the Foundation Year class Structure and Form, Foulks and PAFA president David Brigham encourage students to take in the Academy’s collection and make it their own.

“The benefit of the museum is to think about where you are in the dialogue with other artists over time, both contemporary and historical,” Brigham said.

Just like the students on campus today, many of the artists in the museum’s collection were once PAFA students who studied the artists who came before them. Brigham points to Thomas Eakins’ Gross Clinic as an example of an artist being influenced and in dialogue with another.

“I think Eakins is loosely quoting another giant in PAFA history, and that's Charles Wilson Peale and The Artist in His Museum. That painting is one of the landmark paintings in our collection. Both of these paintings celebrate intellect and achievement, and these kinds of American values,” Brigham said. “The composition has some shared elements and Eakins has a tool kit in the bottom left-hand corner like Peale. They both have the emphasis on the head, the intellect, and the hand, the source of all this creativity.”

The Artist In His Museum didn’t enter PAFA’s permanent collection until 1878, three years after Gross Clinic was painted, but there are records of Eakins visiting Peale’s work when it was in Joseph Harrison’s private collection.

“We know from the guestbook that Eakins actually went to see the painting, so we can say he stood in front of that painting.”

Foulks herself remembers visiting PAFA when she was an art student at Moore College of Art and Design. She always had her sketchbook at hand to copy her favorite works and practice techniques.

“I made it a point to list the artists that I was drawn to, the particular pieces I was drawn to and what I liked about each work,” she said. “I started to realize who I was and where my heart really needed to go by having dozens and dozens of these mentor voices offering their thoughts.”

She encourages her students to do the same and brushes off the idea that some people don’t want to be too influenced by other artists when developing their thoughts and ideas.

“You are a unique individual and you’re going to have something that you bring to the art world,” Foulks said. “If you allow your curiosity to have a million mentors then you will never be a puppet of any one of them.” 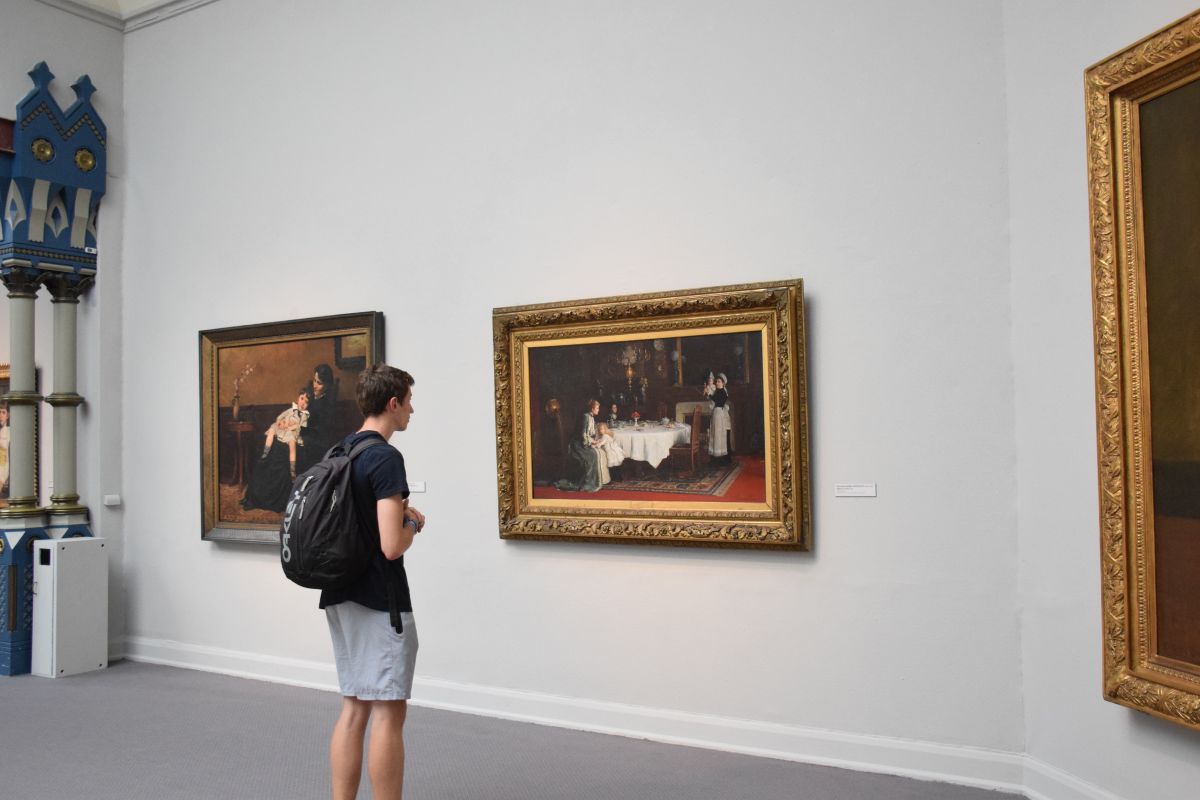 A student looks at a painting in the museum 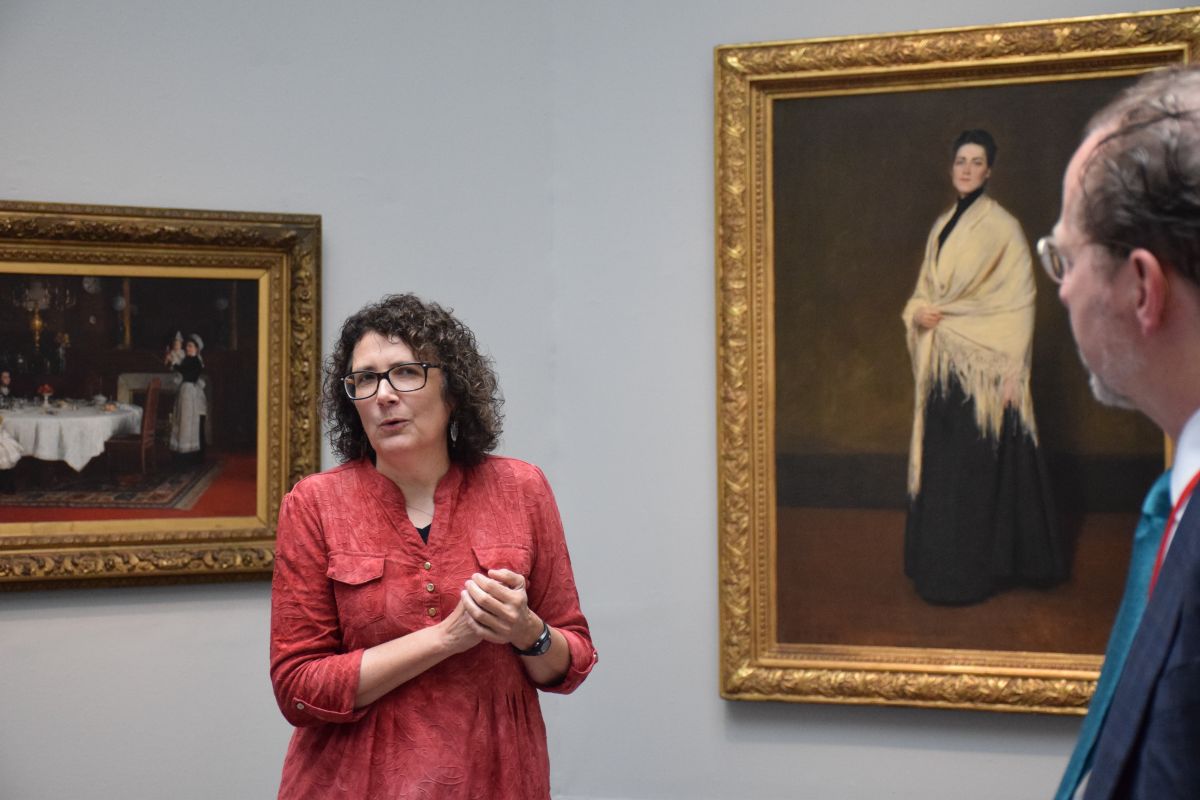