PHILADELPHIA (October 12, 2016) -- For the 18th consecutive year, the Pennsylvania Academy of the Fine Arts (PAFA) will host Bacchanal on November 12 at 128 N. Broad Street. The black-tie wine gala and auction will celebrate the wines of Australia and present Hentley Farm Wines with the 2016 Jefferson Award, a Bacchanal tradition honoring exceptional members of the wine industry.

Accepting the award for Hentley Farm Wines, named 2015 Australian Winery of the Year by wine writer and critic James Halliday, will be Raymond Spencer, chairman and owner, and Andrew Quin, winemaker.

Guests will enjoy wine tastings, silent and live auctions of art, fine wine, travel packages and other lots in addition to a dinner prepared by Best of Australia award-winning chef Lachlan Colwill of Hentley Farm's Relais & Chateaux Restaurant. The four-course meal will be paired with Hentley Farm wines and followed by live music and dancing. Hugh Hildesley of Sotheby's, New York, will be the auctioneer for the evening.

On Thursday, November 10, exclusive winemaker dinners will be held in private homes in the Philadelphia area. Chefs from Hentley Farm, Nectar, Savona, and Granite Hill will create menus to be paired with some of Australia's finest wines from Hentley Farm, Two Hands, and Woodlands vineyards.

John Toates, Bacchanal Co-Chair says, "As an ardent supporter of PAFA and Bacchanal since its inception, I was proud to join June Smith and Don Caldwell as a co-chair for this year's event. Hentley Farm has consistently placed itself as one of the top wineries and destinations in the western Barossa Valley in South Australia. PAFA is pleased to be awarding the 2016 Jefferson Award to the winery."

Hentley Farm's Raymond Spencer states, "We are thrilled to be honored by such an important American institution and to become part of the Jefferson Award legacy. We are excited to help PAFA raise funds for their extremely worthy mission and look forward to sharing our wines with the people of Philadelphia."

Consistently recognized as the region's premier wine and auction gala, Bacchanal is PAFA's flagship fall fundraiser. Since its inception in 1999, Bacchanal has raised $8.5 million to support the next generation of artists through student scholarships and education programs. Guests include leaders from Philadelphia's corporate and philanthropic communities. A limited number of seats are available. For details, visit www.pafa.org/bacchanal.

Founded in 1805, the Pennsylvania Academy of the Fine Arts (PAFA) is America's first school and museum of fine arts. A recipient of the 2005 National Medal of Arts, PAFA is a recognized leader in fine arts education with a world-class permanent collection of American art.

Hentley Farm is set among the rolling hills on the banks of Greenock Creek at Seppeltsfield in North Western Barossa Valley. Hentley Farm is a boutique single estate winery that produces distinctive wines reflective of the exceptional site. One of the highest rated wineries in Australia and recently awarded the Australian 2015 Winery of the Year by wine writer James Halliday, Hentley Farm is a Shiraz specialist with low yields, limited production and highly sought after, year after year. 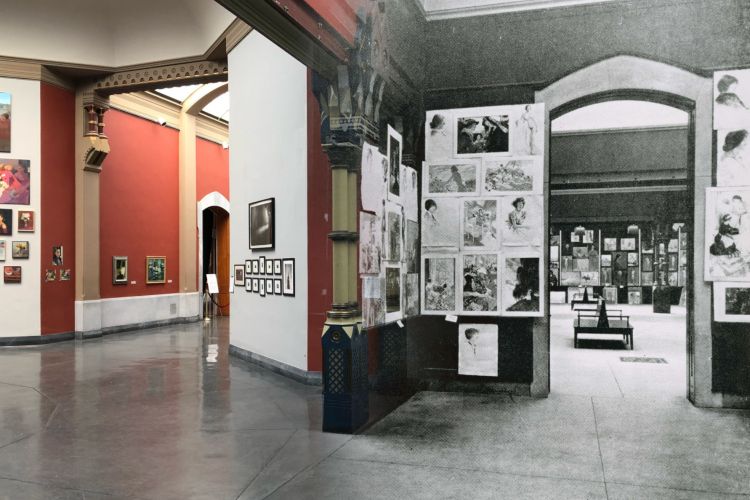