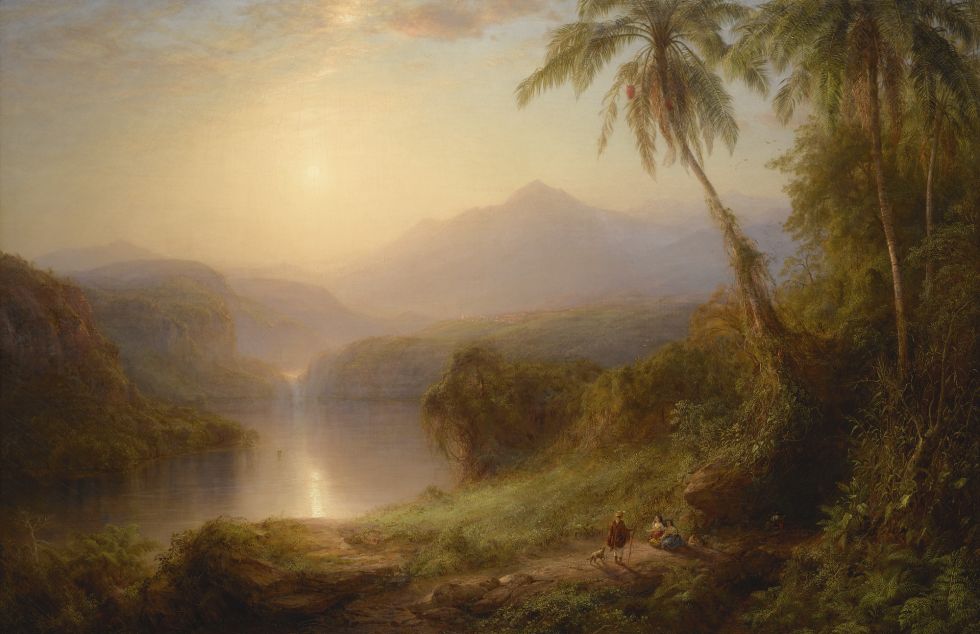 PHILADELPHIA (May 23, 2018) -- The Pennsylvania Academy of the Fine Arts (PAFA) announced today that it purchased American artist Frederic Edwin Church's masterful oil painting, Valley of Santa Isabel, New Granada, 1875. The painting was offered at Sotheby's in New York on Wednesday, May 23.

Church is arguably one of the artists most integral to the history of American art and this will be the first work by Church (1826–1900) to enter the Museum's permanent collection.

"PAFA is thrilled that this important American artwork will allow us to tell the sweeping story of American art," said Brooke Davis Anderson, Edna S. Tuttleman Director of the Museum. "We are honored to become the custodians of this important painting."

Church exhibited at PAFA multiple times from 1851 to 1867. In 1860, PAFA exhibited Church's painting The Heart of the Andes, which is now part of the collection at the Metropolitan Museum of Art. In 1862 his Landscape in South America showed at PAFA.

Valley of Santa Isabel, New Granada, will make an ideal companion to the similarly large scaled painting by David Johnson, The Hudson River from Fort Montgomery, 1870, which PAFA purchased in 2016.

"Paintings of this scale and quality, virtually untouched since the day the artist painted it, rarely come to market and thus purchasing a work of this magnitude and quality is a once in a lifetime opportunity for PAFA," said Dr. Anna Marley, Curator of Historical American Art at PAFA. "The original frame, designed by the artist c. 1875, is a perfect complement to PAFA's ornate Furness building, which opened its doors to the public one year after this painting and frame were completed. It will be the largest and most significant painting of the Hudson River School in the collection. It will join works in the collection by his contemporaries Thomas Cole, Asher Brown Durand, John F. Kensett, Edward Bannister and Jasper F. Cropsey. It will also complement our recent purchase of Bierstadt's sublime painting of Niagara Falls."

Kevin Donohoe, chairman of PAFA's Board of Trustees, remarked of the purchase, "As the nation's first art museum, PAFA is proud to add a work of this importance to the collection. The board and I are enthusiastic about this exceptional addition to our world-class collection of American art."