Matt Chapman (MFA '15) was originally drawn to PAFA because of what he called its world-class facilities.

“I visited another school and I walked through the studios and everything was like a cloth sheet door. Everyone was playing a thousand different kinds of music and using power tools, and I thought, ‘I can’t focus in this’,” he said.

At PAFA, Chapman was able to work in a private study and focus on his interest in fine art. He previously worked mainly in illustration creating hyperrealist drawings but hit a wall when he felt he learned all he could about the medium.

“I had a critic come in and say, ‘So now what?’ and I was totally rocked by that,” he said. “It really forced me to refocus my attention and think about what I was after as an artist and that turned out to be observation. I realized I could access observation through abstraction.”

He now considers himself a geo-abstract artist, playing with shape, color, and composition. And his interpretation of shape and colors are becoming a part of the facilities that brought him to PAFA in the first place.

The John and Richanda Rhoden Arts Center will be a 15,000 square foot multidisciplinary facility on the lower level of the Samuel M.V. Hamilton Building. The Arts Center, opening in 2019, will be comprised of a 265-seat auditorium, a new gallery for student art, and collection storage vaults for 19th- and 20th-century works of art.

To infuse art into the construction process, PAFA commissioned Chapman to paint a temporary mural in the Frances M. Maguire Gallery around what will become the entrance of the new Arts Center.

To create the geometric design, Chapman focused on the shadows in the gallery space and the colors already present in the buildings walls, floor, and pillars.

“I took a look up and saw how everything was working together and the idea of resonance came to my mind if there were to be a title for this thing it would be Resonance,” he said.

The untitled mural at PAFA is just one of many projects Chapman is working on this year. He runs a free sketch club out of his Lancaster, PA studio, works at the mural for a local contracting company in Lancaster, and teaches drawing classes at his undergraduate alma mater, Pennsylvania College of Art & Design.

Currently, Chapman is working on a series for an exhibition at a record store, A Day in the Life Records.

“A friend of mine owns the shop and I said ‘Why don’t you give me 10 of your most important records and I’ll listen to them and make pieces inspired by those records,” he said.

Chapman, a self-proclaimed metalhead said he’s been introduced to new music and is developing a taste for classic albums like The Beatles The White Album and Bruce Springsteen’s Nebraska.” 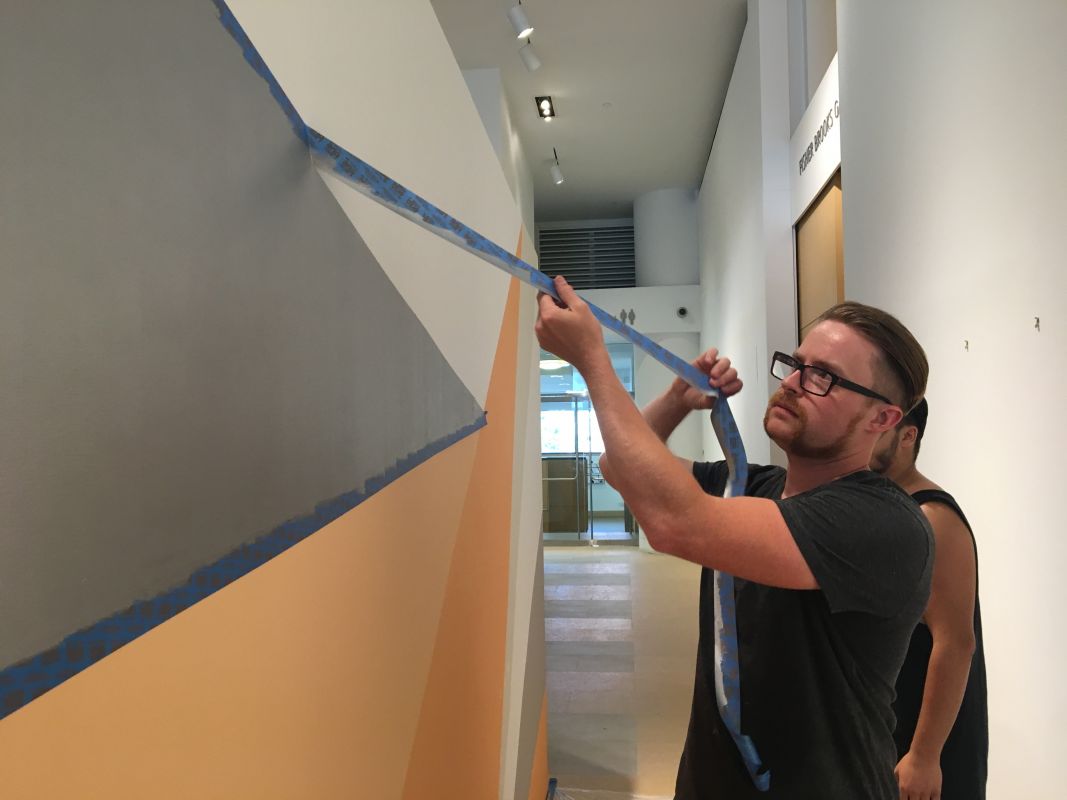 Matt Chapman (MFA '15) works on the temporary mural in the Hamilton Building. 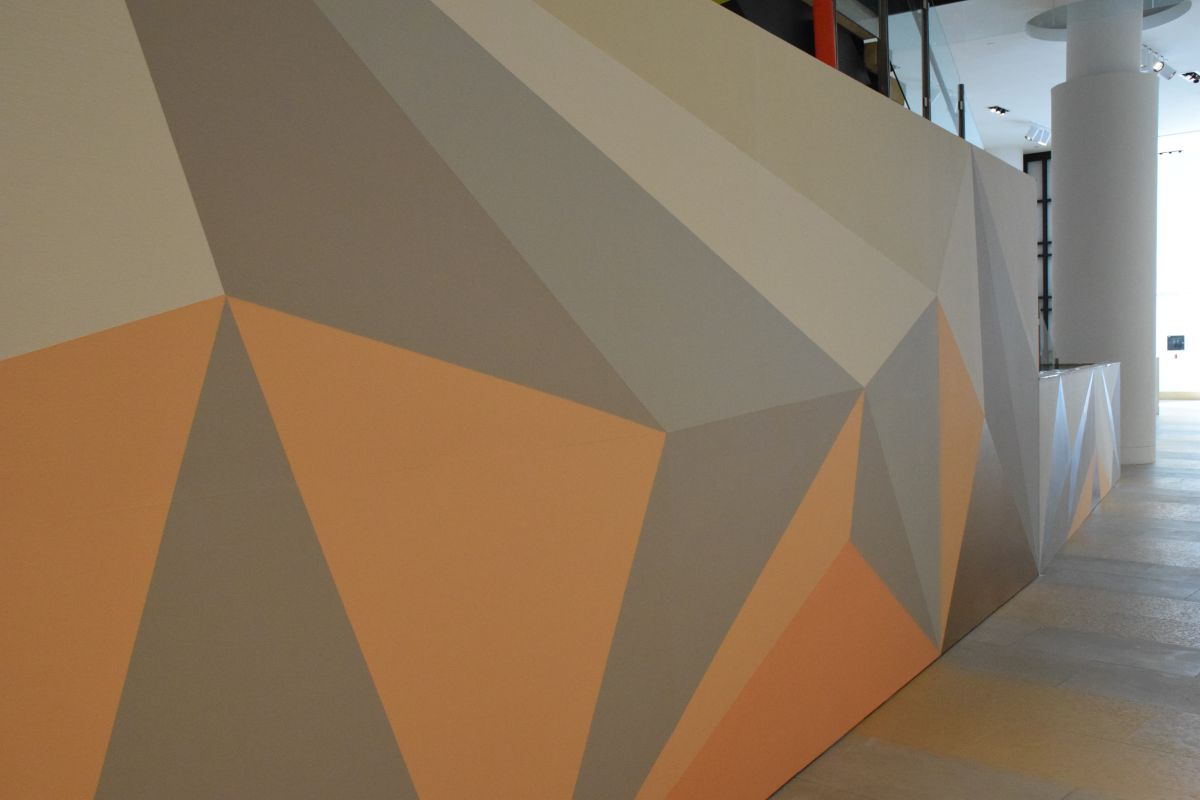