If you visit this weekend, you can find a man in a blue hazmat suit within the walls of the Philadelphia Museum of Art. He isn’t concerned with an airborne virus; rather his suit protects him from toxic fumes of arsenic that float around his meticulously designed surroundings. This man inhabits a space in the museum removed from today’s reality—and photography artist Eileen Neff is the one who put him there.

The man in question is the subject of Neff’s “Man in Blue Looking,” part of New Grit: Art & Philly Now, running at the PMA through Sunday, August 22. She is one of the PAFA-connected artists represented in the new show and has long been an important contributor to the celebrated local arts scene as a PAFA professor and resident critic for over a decade, working primarily with students in the MFA program. An active studio artist, Neff has formed significant connections to other Philadelphia institutions through her works. A nine-month project at the Academy of Natural Sciences, just up the parkway from PAFA, led to “Man in Blue Looking,” for example. Neff had been observing and photographing ANS’s renovations of two of their nature dioramas, largely untouched since their installation in the 1930s and now with the animals removed for cleaning. “I felt very connected to these empty dioramas with the painted backdrops and different layers and levels of artifice, and how they raised questions about forms of representation,” says Neff. Her photo of a man in blue protective gear took on a whole new meaning after the pandemic hit. “He’s kneeling down and looking at something, but you don’t know what, and his shadow is cast on the painting of the landscape. The image started having a life beyond its origin story and I thought about this condition of intense looking and paying attention,” she says, a theme that carries through to her other works in New Grit.

This isn’t Neff’s first exhibit at the PMA—she had pieces in a 1990 exhibit of Philly locals that was a precursor to the current show. Recently the museum has provided the inspiration for another long-term project. 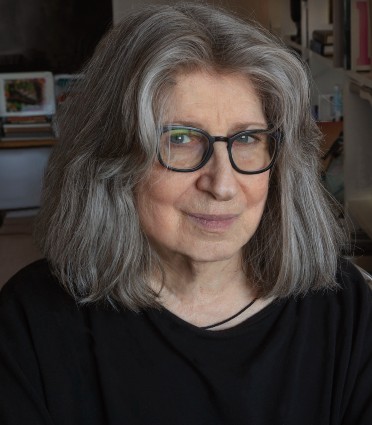 Neff has been photographing windows at the PMA in recurring visits, compiling the images in an ongoing personal collection. She is especially fascinated by the window treatments in the museum’s many period rooms, made to look like a French medieval cloister or a Gilded Age drawing room. “The museum’s walls and windows themselves were visible right behind the period room windows meant to represent another time and another place,” said Neff. “That doubleness attracted me and the idea of one construct overlaying another. The backstage was as visible as what was happening on the mainstage. I responded to the possibility that there is always more to see, more to know, and other ways of knowing.”

“Border Crossing” is an installation piece centered around one of these window photos, and her central contribution to New Grit. An artificial hedge sits in front of a large photograph with two smaller images on either side, “sort of like sconces” as she describes it. The side photos are titled “The Hedge Was in a Box” and picture the same hedge when it arrived at Neff’s studio in packing material. “Before I unpacked it, I was struck by the framing of the cardboard box. The installation is very driven by the kind of attention one brings to being in a museum. Together it’s a nod to unexpected moments having some power of their own, like finding the window behind the window.” 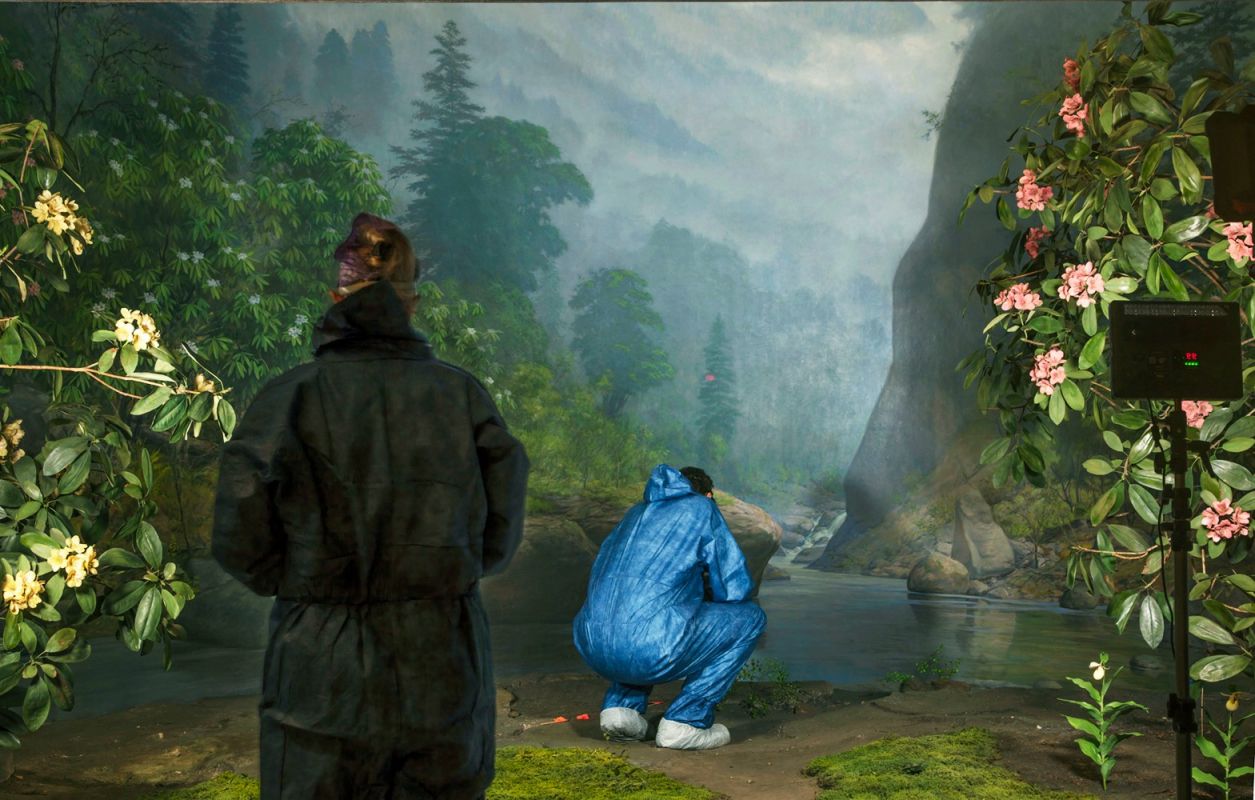 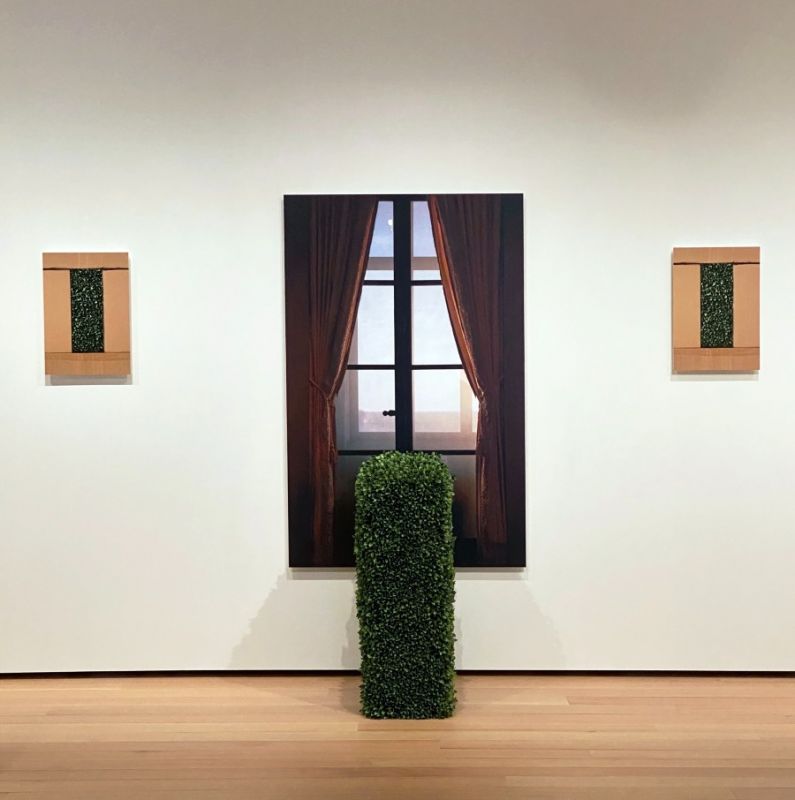 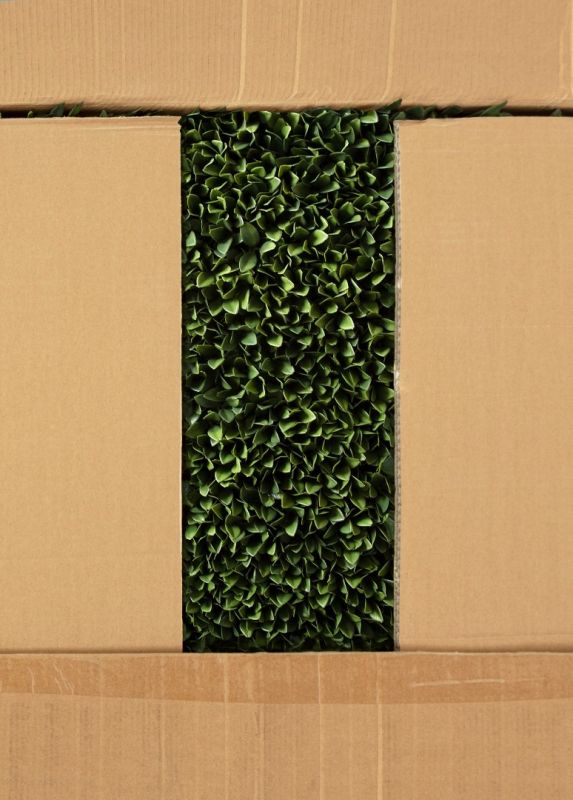