Before the Hudson River School There Was the Schuylkill

Before Thomas Cole sailed up the Hudson and launched the Hudson River School, he began his career in Philadelphia.

British-born Cole admired the work of Schuylkill River artists Thomas Doughty and Thomas Birch, both who exhibited extensively at PAFA in the early 1800s. Cole followed in their footsteps exhibiting his first painting professionally at the thirteenth annual exhibition at PAFA in 1824.

While Cole eventually went on to New York, the painters he admired and the landscape of Philadelphia stayed with him as he inspired and taught the next generation of American artists.

PAFA’s From the Schuylkill to the Hudson: Landscapes of the Early American Republic tells the story of landscapes before the Hudson River School. The history of landscape painting in America is a tradition that stretches deep into our history and has roots in Philadelphia, and specifically at the Pennsylvania Academy of Fine Arts.

“People will say that the American landscape tradition and narrative in art history begins with the Hudson River School, that's what you learn when you’re becoming an art historian,” said PAFA museum director Brooke Davis Anderson. “But let’s look back a little further and it’s actually a story that is in Philadelphia and very rooted in PAFA.”

In a one hundred year period, Philadelphia went from the center of government and economic power in the new nation to ceding those titles to Washington DC and New York City, respectively. The artwork made at the beginning during America’s first years highlights the significance of our first capital.

Philadelphia’s importance in early American history can be seen in works like An East View of Gray’s Ferry.

“This print is showing this incredibly important point for entry into the city of Philadelphia. This was where George Washington entered in triumph to the city as the first American president when we were the capital of the new United States republic,” said Anna Marley, Curator of Historical American Art at PAFA. “It’s also the site where the British destroyed the original ferry that was here because that was the strategic entry point into the city of Philadelphia, which was of course much larger than New York City in this time period.”

The work of Philadelphia artists and scenes of the city weren’t limited to national recognition. Porcelain dishware produced in China in the 1820s showcased Philadelphia innovations like the Water Works, a groundbreaking system that provided clean water to the city.

“Philadelphia was this iconic symbol of American wealth and power; the waterworks which still exist today and are associated with Philadelphia as a symbol of a modern American city where you could have water that could be contained but also safe, salubrious, and healthy,” Marley said. “It was a really important image.”

But with the construction of the Erie Canal, Philadelphia’s economic power was ceded to New York.

“The transition point with New York happens in the late 1820s and 1830s and it has to do with New York becoming the empire city. The Erie Canal connects the Great Lakes with the Atlantic Ocean and to the port of New York City,” Marley said. “Philadelphia first loses its political power to Washington DC, then it loses its economic power to New York.”

In addition to commerce traveling along the Erie Canal, artists like Cole and Doughty journeyed the new waterway.

“As you get further into the 19th century, the Hudson River School really comes to dominate. The paintings start to get a lot bigger, a lot more dramatic and New York supplants Philadelphia in that time period,” Marley said. “Not only are there scenes of New York but there’s a lot of scenes of Hudson River school artists traveling abroad.”

In From the Schuylkill to the Hudson: Landscapes of the Early American Republic, museum are visitors are taken from Philadelphia to the Hudson, as well to Rome, Rio de Janeiro, and beyond.

Some scholars have suggested that the images of places other than the Hudson River are the stronger works of Hudson River School artists, such as PAFA's recent acquisition by Frederic Edwin Church, Valley of Santa Ysabel, New Granada. Painted in 1875, Church's majestic work consists of a landscape in what is now present-day Columbia.

From Schuylkill to the Hudson: Landscapes of the Early American Republic opens June 29, 2019 and runs through December 29th. 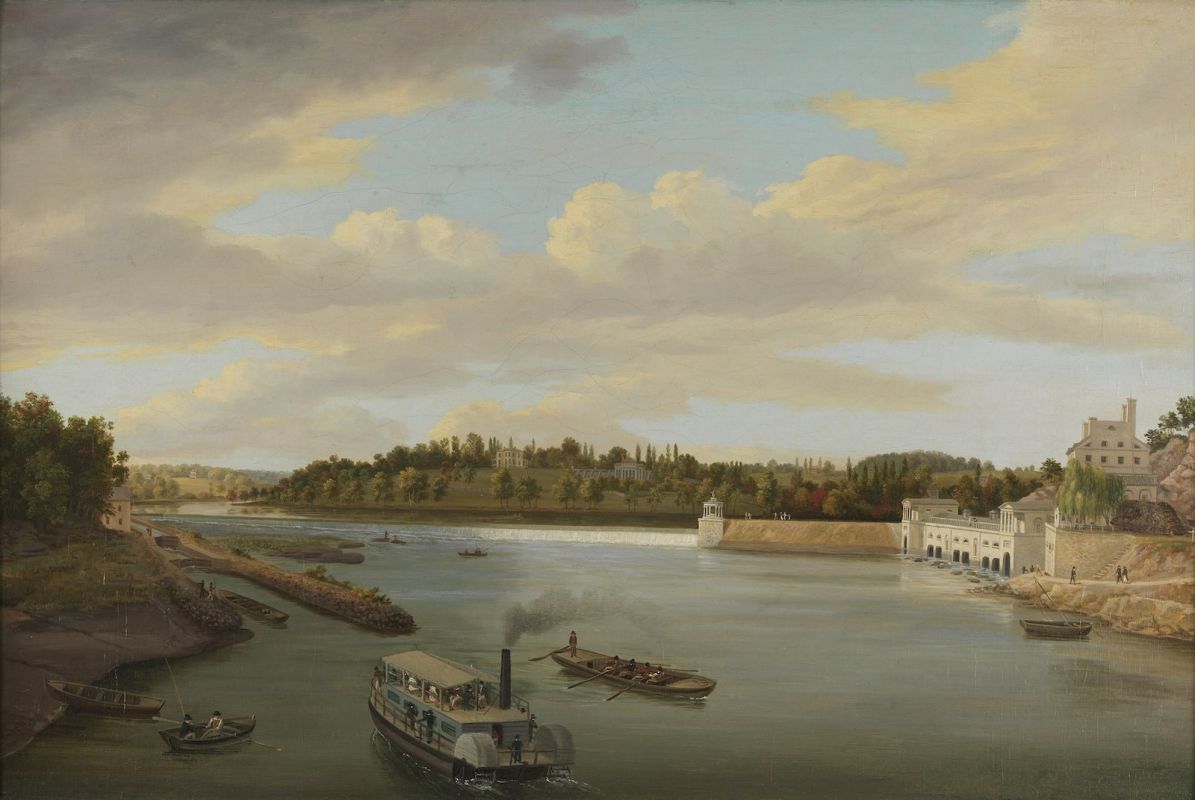 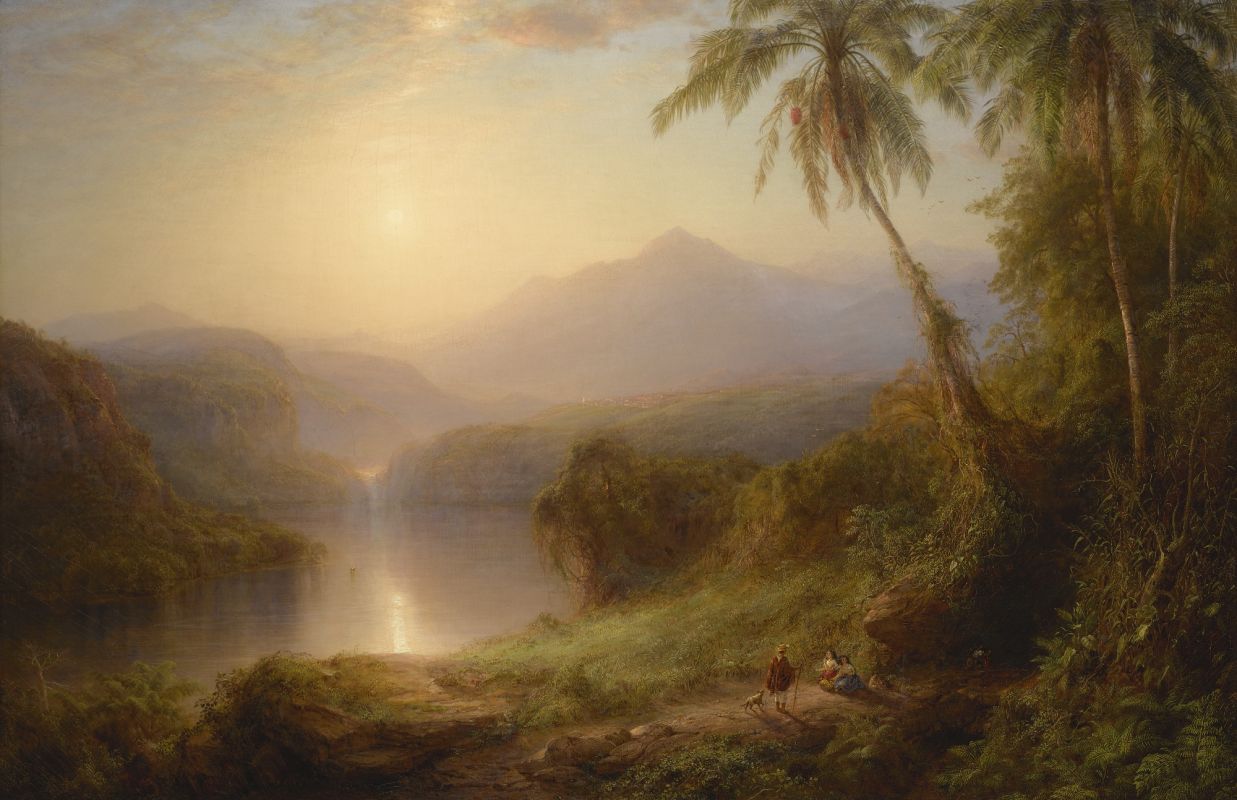