Frank Genuardi '19: An Art Degree Twenty Years in the Making

An unexpected job loss in 2011 forced Frank Genuardi (BFA ‘19) to rethink his future and reconsider past decisions.

“I had a great severance and I did some long overdue work around the house but then I realized I wanted to change what I was doing and I’d need to go back to school,” he said. “In the 90s I started at Montgomery County Community College (MCCC) for an associate degree in fine arts but I never finished.”

So Genuardi went back to MCCC and figured he’d start a business degree and return to an office job after graduating.

When he took classes at MCCC the first time around, Genuardi admits he wasn’t a very devoted student. Upon his return to re-enroll, he was surprised to hear that he had completed more than of the necessary requirements for an Associate’s degree and receive a Fine Arts degree in less than a year.

“I went back and it turns out that doing homework, paying attention, and going to class was really good for me,” Genuardi said. “One of my teachers suggested I keep studying and go to a four-year school for a BFA.”

Not wanting to uproot his life and move, he looked into art programs in the Philadelphia-area. He wanted to study illustration, but when Genuardi was researching schools, PAFA then didn’t have an established Illustration program.

He chose the Academy anyway for its foundation-skills focused curriculum.

“Jessica doesn't do anything unless it serves more than one purpose. You can learn a skill but she also wants you to learn that skill in conjunction with business practice,” he said. “Yes, you will learn how to properly color a comic page but you’re going to learn a business skill too. She always finds a way to relate it something outside of art but it’s necessary.”

“My first thought when I think of PAFA, are the students I attended school with. They are my kids,” he said. “I don't have kids, they are my kids.”

Those “kids” chose Genuardi to represent the undergraduate class as the graduation speaker this past May.

“What I want to instill in everybody is whatever they do from this point forward, no matter how stressed out they might be about something in their life or if they’re not sure about what they’re doing or if they’re afraid about changing something big in their life, I just want to instill in them that at the end of the day myself and everyone sitting next to them are rooting them on.” 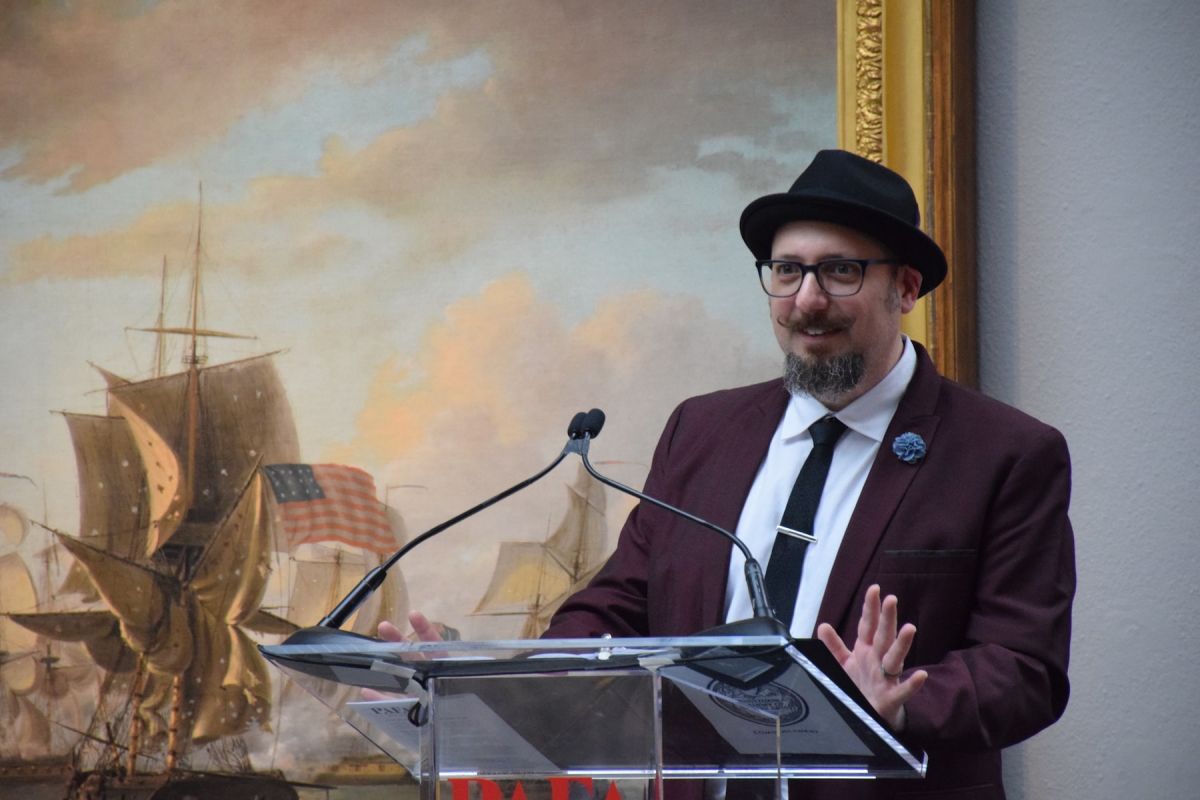