Challenging the Patriarchy by Way of a Hot Pink Taj Mahal

Ahead of Rina Banerjee’s Make Me a Summary of the World exhibition this fall, the Pennsylvania Academy of Fine Arts is activating several of its gallery spaces with Banerjee’s work.

Gallery 6, a traditional salon gallery featuring work from the 19th century, is now home to an 18-foot bright pink Taj Mahal. The piece, "Take me, take me, take me…to the Palace of love" has been shown in London, Paris, and now Philadelphia.

The plastic-covered steel and copper framework hovers a foot off the ground and it is meant to play off the traditional works surrounding it, instead of clash with them.

“I’m very excited that these paintings are here,” Banerjee said. “For me, this whole idea of the gilded room of beautifully framed things and the preciousness of it allows us to generate a culture that understands art is the most valuable thing.”

Banerjee said the color of "Take me…" is an exploration and resistance of the Victorian period and how its traditions are still with the world today.

“I learned that weddings only became white weddings because of Queen Victoria during the Victorian period. It’s Victorian modesty to not have color and in Indian tradition, a widow would not have color in their clothes,” she said. “So Indians never really applied to that Victorian wedding symbolism because it contradicted existing traditions of wearing white if you’re a widow.”

But Banerjee says the patriarchal slant to marriage goes back further than the Victorian period.

“From the very beginning with the spice route there was this interest to have a contract around marriage because it’s really a marriage between families where money is exchanged,” Banerjee said. “The oath of that contract is about that monetary experience and also about how our economies are really embracing marriage as a tool to organize ourselves.”

She points to the current US tax laws which favor married couples as an indicator of how marriage has become woven into society, and the hierarchical undertones that come with it.

“The tax form also defines one person as the head of the household rather than two. You have one name and that person is the defining character of the whole family. It’s very hierarchal, which it does not have to be.”

Banerjee’s Taj Mahal, and the original aims to equalize. She notes how the structure has multiple entrances and they are all equal in grandiosity.

“This is very egalitarian. There is no front door or back door, a concept invented by the colonial period. The front door was very much the entry of the owners and the back door is for the servants, so the slaves or servants would be invisible,” she said.

Even though the Taj Mahal is more than 300 years old, Banerjee said there are things people can learn from the structure and the time period it was built. She said that zooming out on history and connecting it to the now is key to her art practice.

“It’s not clear to us that only the present is more equal or better. Sometimes we have to shop around for what we’ve lost and what we’ve gained in each crossing of time to really understand what we want now.” 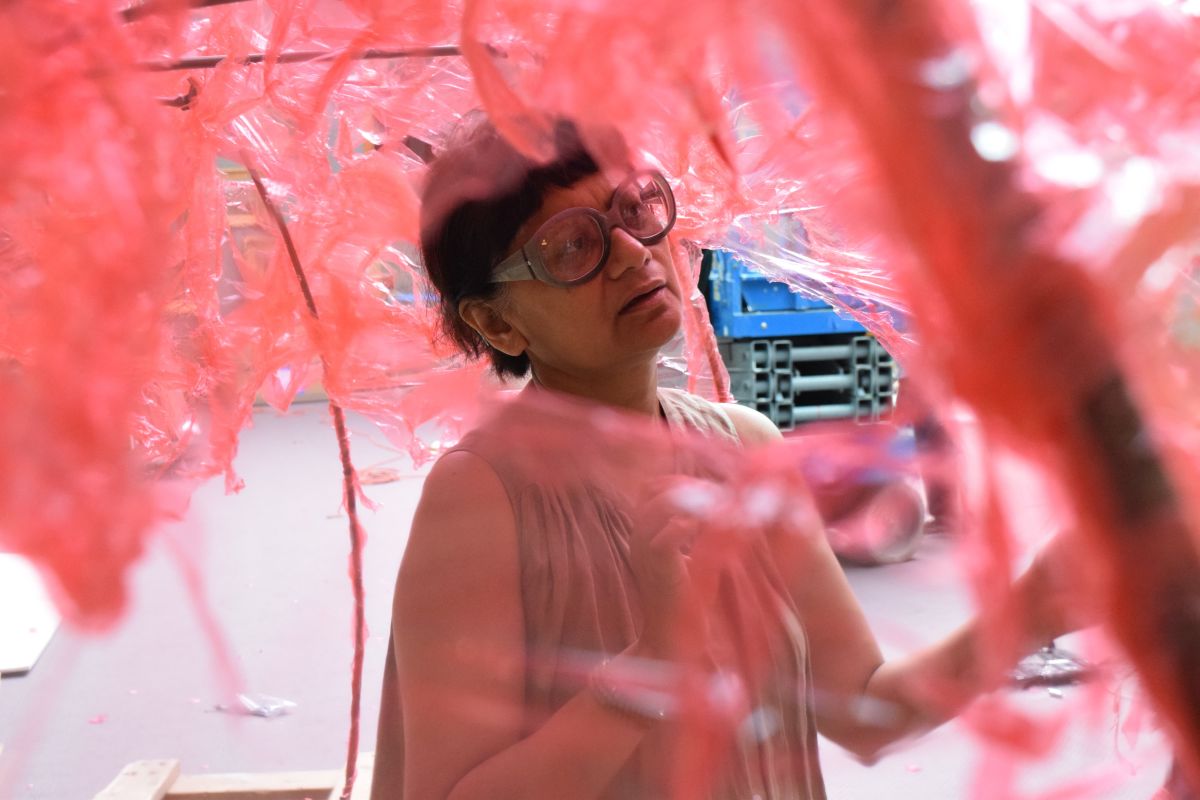 Artist Rina Banerjee installs "Take me...," an 18-foot recreation of the Taj Mahal constructed out of pink cellophane. 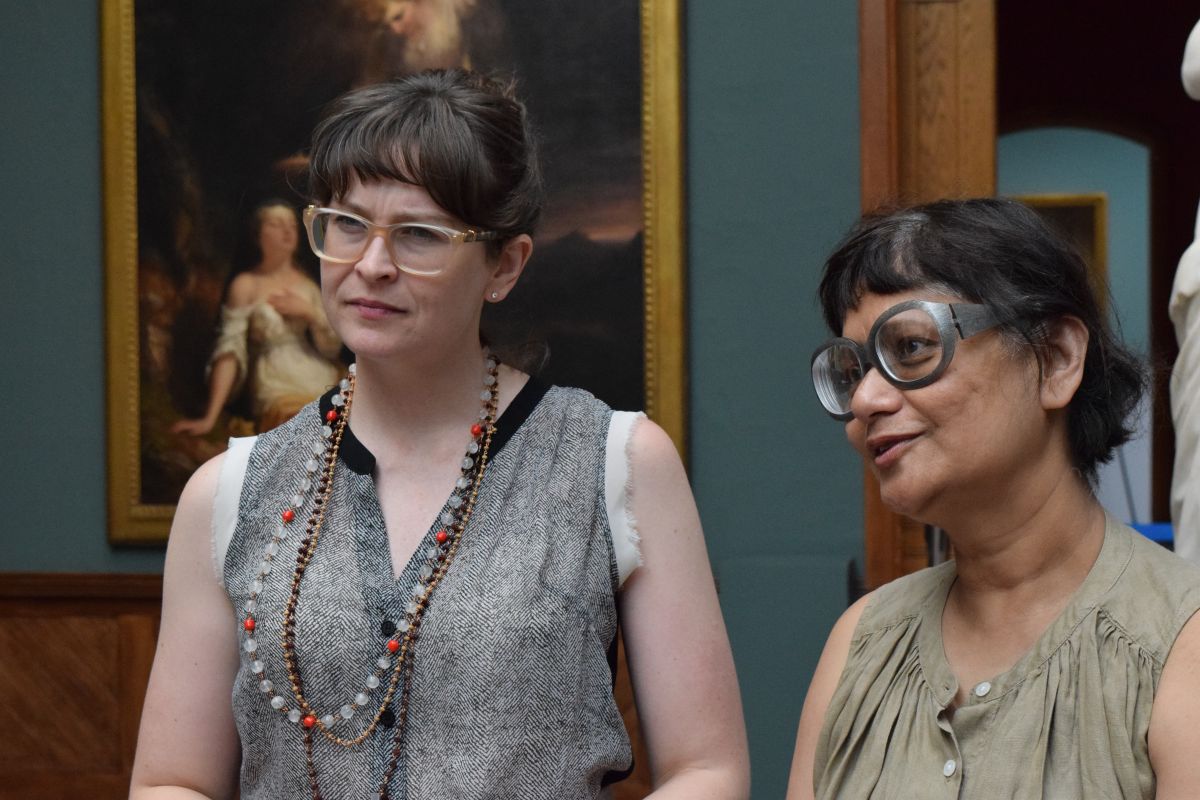 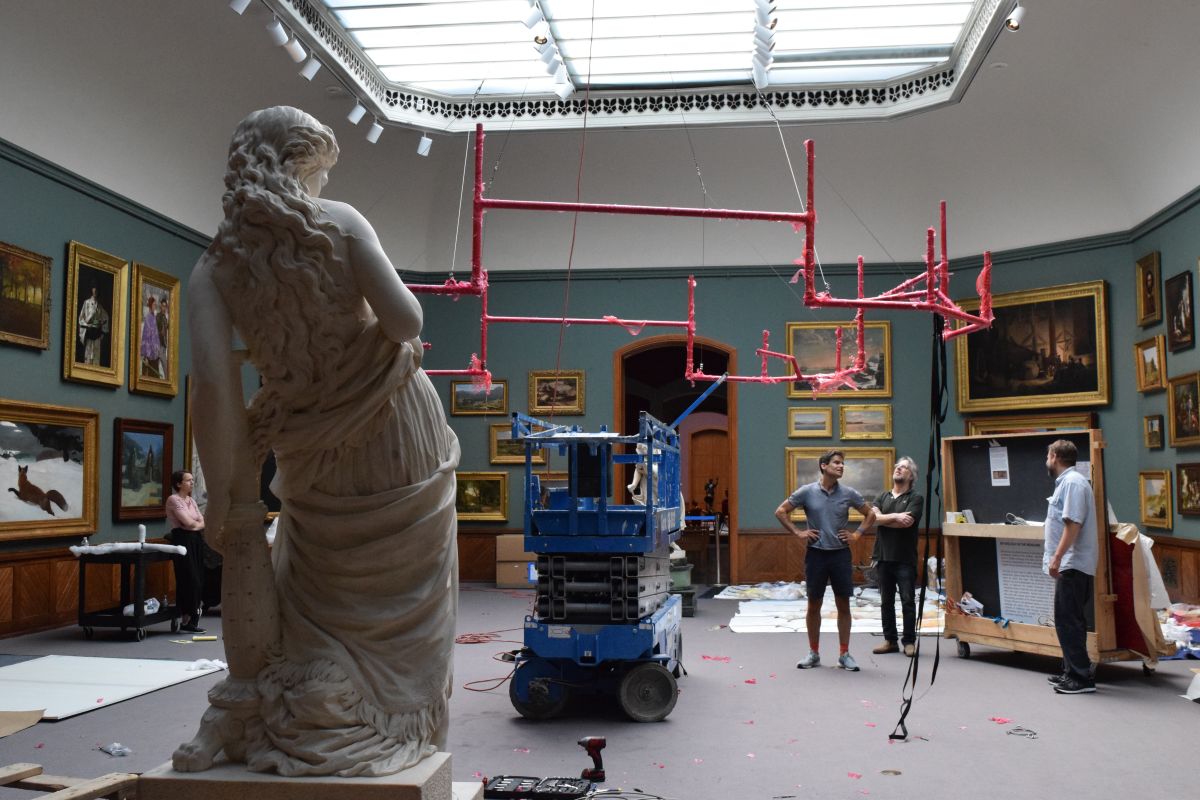 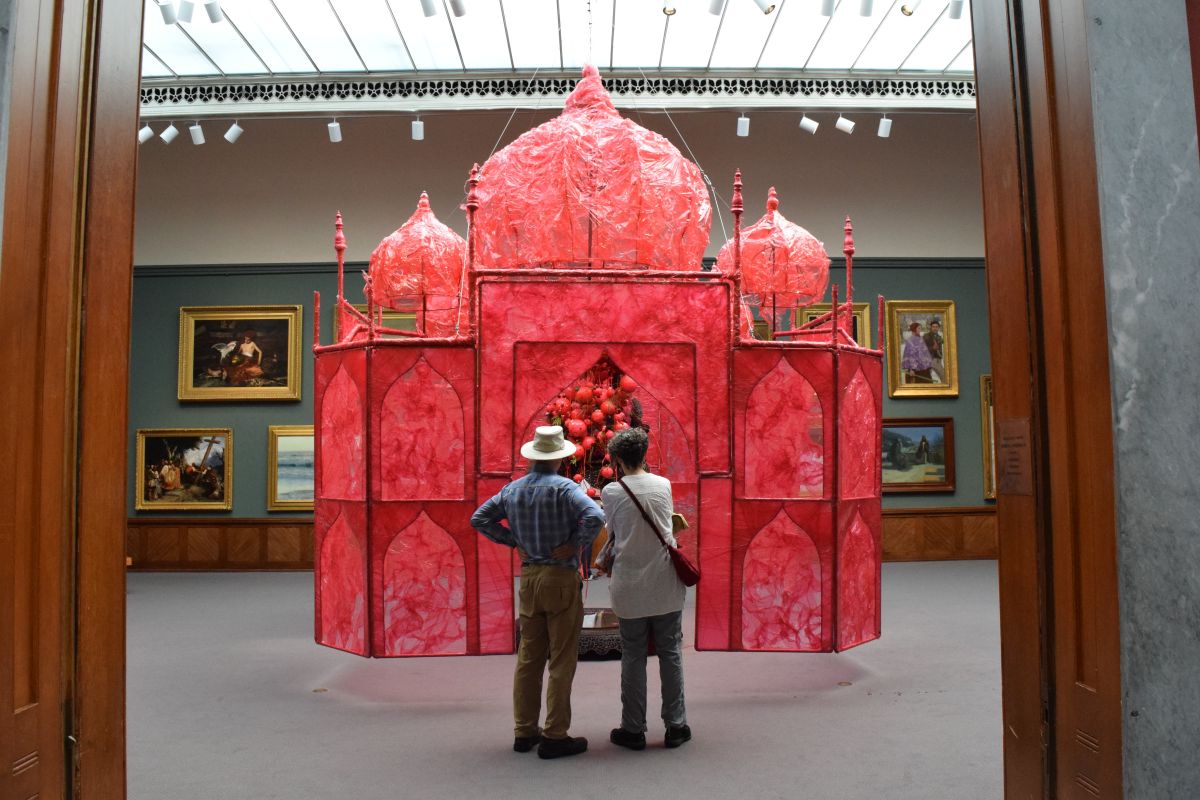