Installed in August 2011 at a daring 60-degree diagonal position, the 51-feet high Paint Torch sculpture by Claes Oldenburg is the centerpiece of Lenfest Plaza and honors the act of painting—from the classical masters in PAFA’s museum to the students in PAFA’s School of Fine Arts. Paint Torch stands on the point of its handle in a gravity-defying gesture. Nearby on the plaza floor is a six-foot-high “glob” of paint, part of which the brush has lifted into the sky in a depiction of the act of painting a picture. The “glob” and "blip” at the tip of the brush are both illuminated from within at night.

The sculpture protrudes into the space of Broad Street, visible against the background of City Hall, as a beckoning gesture to enter the Plaza and explore all that PAFA has to offer.

PAFA commissioned Oldenburg to create the new work, which celebrates the spirit of PAFA. The monumental paintbrush points to the growth and vitality of American art, while celebrating a milestone in PAFA’s history, America’s first school of fine arts and museum, founded in 1805. Paint Torch honors the act of painting, and also, in its spare but voluptuous form, the practice of sculpture. Its form also doubles as a torch and a symbol of liberty in homage to the city’s historical significance as the birthplace of America. 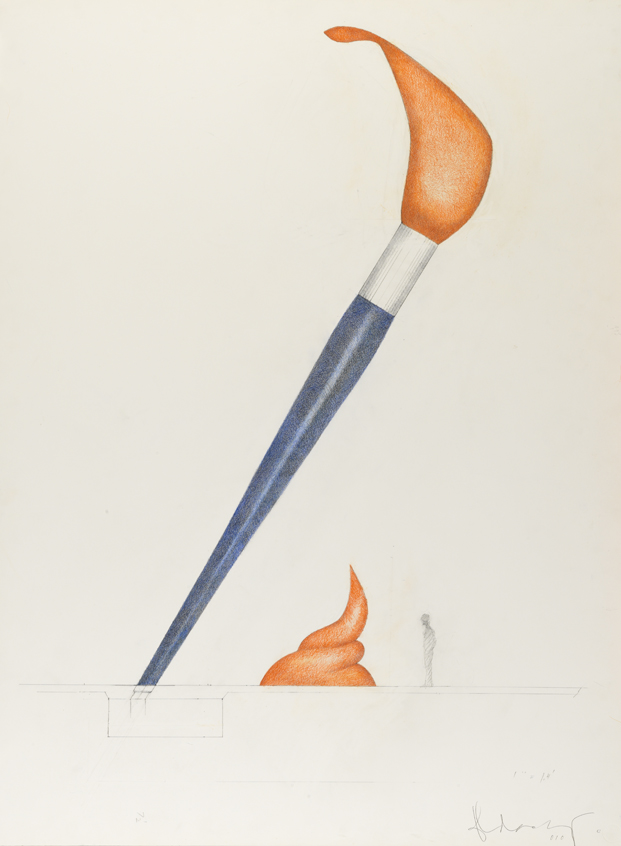 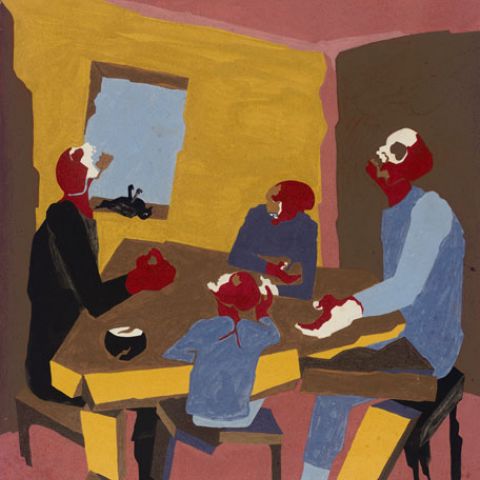