Madison Greiner didn’t expect to be back in a PAFA studio after graduating from the PAFA-Penn BFA program in May of 2019.

She already fulfilled all of the requirements for her painting major and spent countless evenings studying art history at the University of Pennsylvania.

“At PAFA I was surrounded by people who had similar interests to me, and then I would go to Penn and try to apply what I was learning there to what I was doing in my studio.”

But as one of the first class of recipients of the Raymond D. & Estelle Rubens Travel Scholarships, Greiner (PAFA-Penn BFA ’19; Cert. ’20) received the opportunity to continue her education and spend another year in studio.

The late Estelle Barenbaum Rubens, a longtime PAFA docent, donated $8 million to PAFA to establish a two-part scholarship. Recipients receive a travel award to visit Europe and then scholarship for full tuition at PAFA for two semesters.

After spending the summer in Europe, Greiner is back in Philadelphia taking the classes she previously overlooked at the Academy.

“Now that I have this almost surprise year I want to take advantage of things that I was more hesitant to get involved in before,” she said.

The self-professed traditional painter has temporarily put down her brush and is learning about working with bronze and computer animated design.

“It’s been nice to have a chance to focus on things I wasn’t able to give my full attention to before,” Greiner said. “I’ve been pushing myself to work in 3D. It’s not as comfortable to me as painting but I after I started taking these classes I realized it’s neat to get a chance to work with such a different material, and something that is so process heavy.”

The tools are different but she is finding similarities in sculpture and beloved painting. Whether it’s stretching a canvas to prepare for a painting or building a model in wax before pouring a bronze, Greiner appreciates the process-driven creativity.

“It’s been impactful because I realized I do enjoy working in 3D even though it’s been more of a challenge and outside my normal realm.”

Outside of PAFA classes, Greiner is painting on a small-scale to personalize the city she’s called home for the past five years.

“I’m trying to appreciate a lot of the places that I go to regularly and I pass by regularly. I think after living here for almost 5 years, it’s just really nice to see the character of the city and how different all of the neighborhoods can be.”

The 7x10 gouache portraits of buildings are also a way for Greiner to make art more affordable for more people. She’s been selling the small paintings at area art and neighborhood fairs.

“I don’t love when art goes over your head,” she said. “It’s super fun to pull some of the details of Philly’s neighborhoods and unique spaces and make something that’s more approachable for a wider audience.” 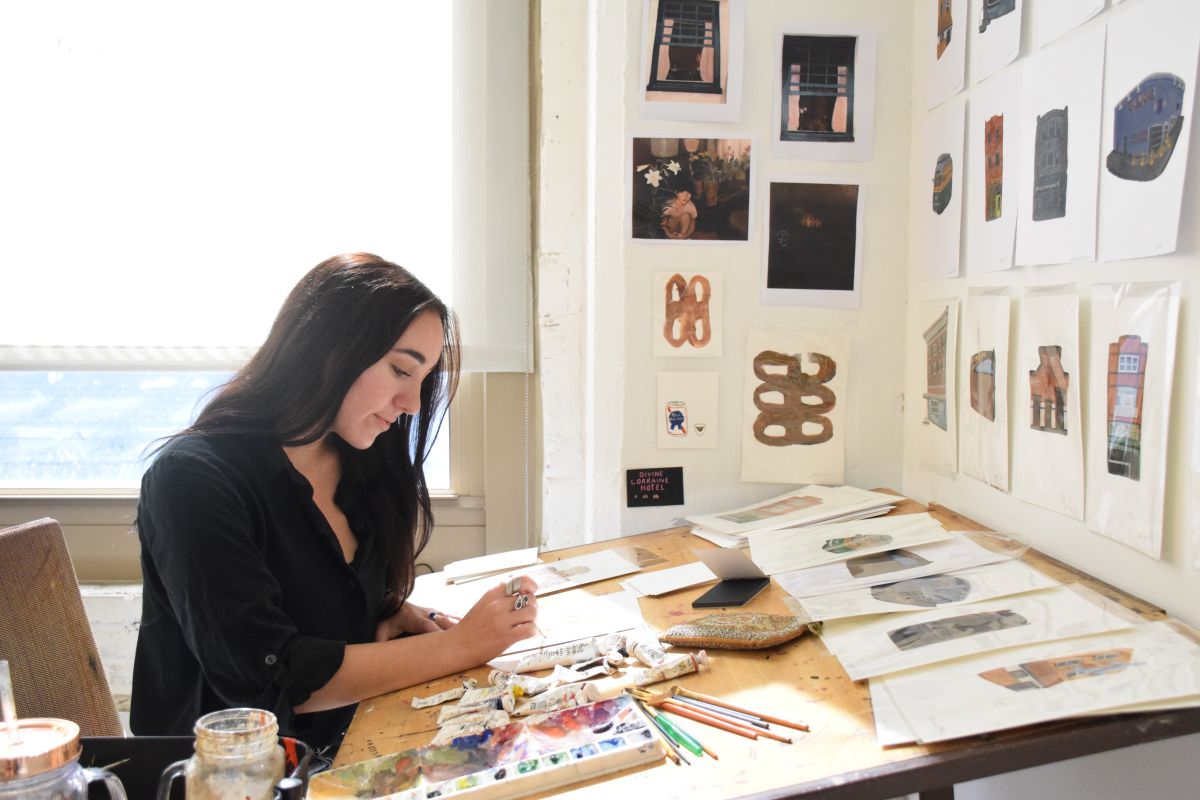 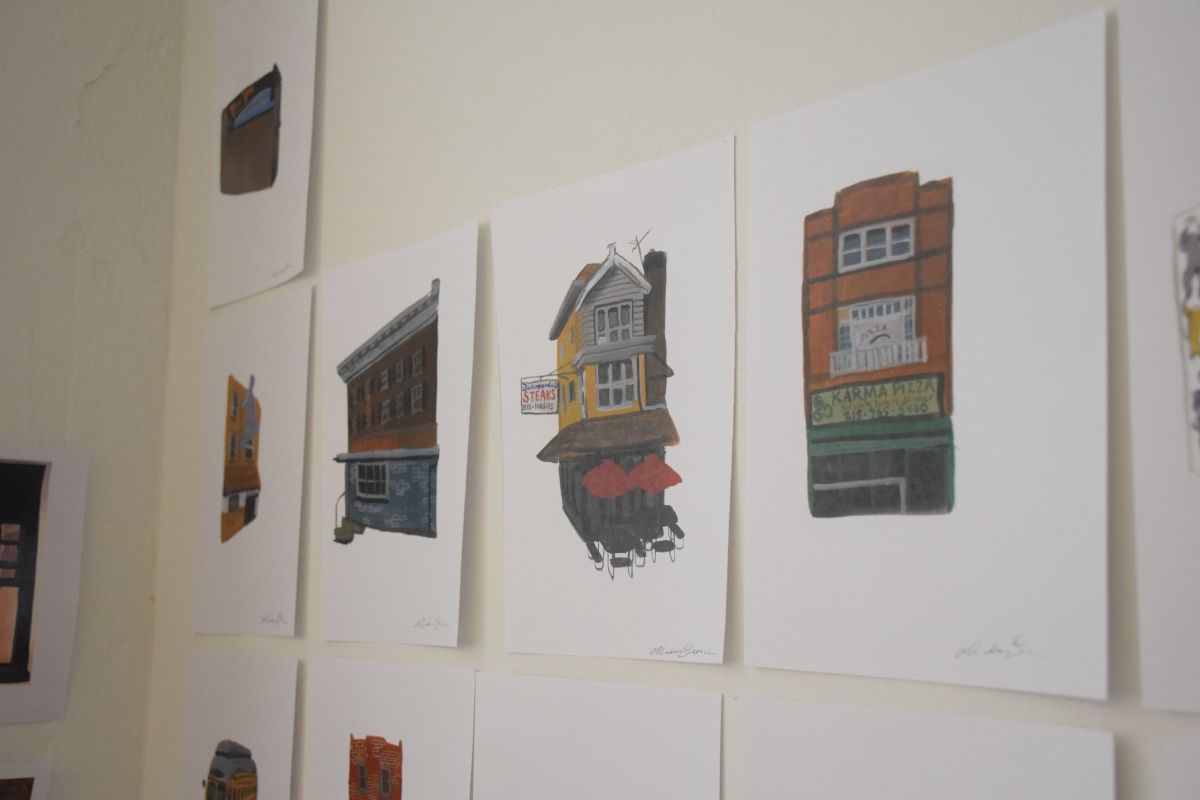