A Mindset Not A Medium

Artist Jessica Abel is juggling multiple projects. She is leading the illustration department at PAFA and has written several books, including an ongoing graphic novel series about Trish Trash, a multi-racial roller derby girl who lives on Mars. And through her workshops and classes at PAFA, Abel teaches creative people to "level up and put their real work at the core of how they live their lives."

As a young artist, Abel could have benefited from the "Creative Focus" workshop.

"I've always been pretty organized but I didn't have systems that came up to the level that I needed them to come to," Abel said. "People who knew me in my 20s, they remember me as being intense and driven. The same way I am now but to no end. It would just dissipate."

She eventually developed an approach that would allow her work and creative passions to flourish. She's hoping to do the same for students at PAFA.

"I have them come in and do a tracking sheet. They come in, and they have to say, 'What were my goals last week? Did I achieve those goals? What are my goals for this week'," she said.

In Abel's upper-level illustration classes, she is helping artists build portfolios and lay out a path for a career. Artists set their own projects for their semester where have to reach out to the greater art community. That may mean further developing their portfolio or creating a holiday postcard and mailing it out to art directors as a first contact into the professional art world.

Abel believes the core skills of anatomy, basic drawing, and composition are important for all artists not just those working in the "fine arts."

"As illustrators, we need those core skills to be really strong, because you're always trying to depict something real," Abel said. "Even if your style is abstract, to a certain extent you're trying to depict things in the world in a way that you don't have to when you're working in other media."

Many students at PAFA who major in Illustration continue to work on their painting, drawing, and printmaking techniques as they study illustration. Abel sees students bringing in more classical and traditional "academy" skills into their illustration work.

That cross-pollination of ideas and techniques is key because unlike painting or sculpture, Abel doesn't believe illustration is a medium like PAFA's other departments.

"Illustration is not a style, it's not a medium, it's an approach," Abel said. "Anything you can make an image with, you can make an illustration out of, and that's something that's very distinct from any other area here where everything else is a medium."

One of the first assignments Abel gives her first-year students is not recognizable as an illustration project.

"Students have to pick an artist they love and learn as much as they can about how that person works," she said. "And then they have to take one of their own works and reconceive it as if it were created by that artist and try to make it look like something they could see at Sotheby's."

The focus of the task isn't "illustrating" but picking apart the elements that make the chosen artist recognizable. Abel said the exercise is about being thoughtful and cognizant of the rules students are following, and how they're going to turn those rules into an advantage when making work.

She wants more students to understand the thought pattern of illustration will allow them to work in many ways, not only the traditional path of an editorial illustrator for a magazine or agency. The art of illustration is about visual communication.

"Illustration by its nature means something, additive. There are words and you illustrate them, you are creating a visual component to something."

To celebrate the release of Trish Trash: The Collected Version, Jessica Abel will be signing books at the PAFA Museum Store on March 14. 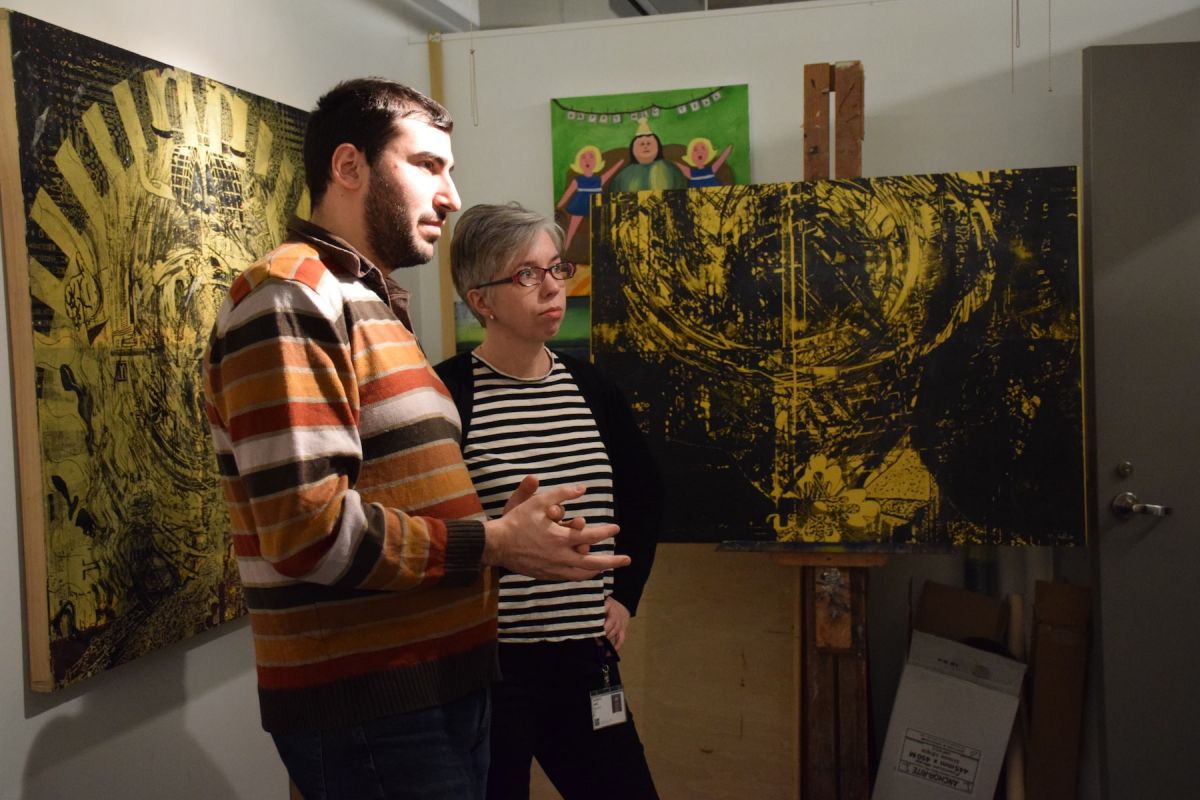