To celebrate the Traction Company exhibition, PAFA is offering free admission to the entire museum on September 11 and 18, and October 2, 9, and 11!

The Hamilton Building and Traction Company will be closed on October 10 for a private event.

Traction Company is a 12-person artist collective and studio in Philadelphia founded by, and entirely composed of, PAFA alumni, faculty and staff. Since 2007, members of the collective have congregated once a week to work out of a studio built in a former trolley manufacturing warehouse, both on individual projects and occasionally on collaboratively-made pieces. Their most recent group piece, subTRACTION, is a 1:6 scale miniature of their studio, made completely by hand and displayed at NAPOLEON gallery in November 2013. The Philadelphia collective NAPOLEON has installed an exhibition within the larger Traction Company exhibition in one of the modular studios.

For their installation at the Pennsylvania Academy of the Fine Arts, Traction Company will build from their experiences making subTRACTION, which will be included in PAFA’s exhibition. Working within the Fisher Brooks Gallery Space, the collective will collaborate on new group pieces, including a full-scale recreation of one of the Truss structures from their studio. The exhibition will also include works made by the individual artists.

See more photos from the opening reception for Traction Company, which was held on July 1. 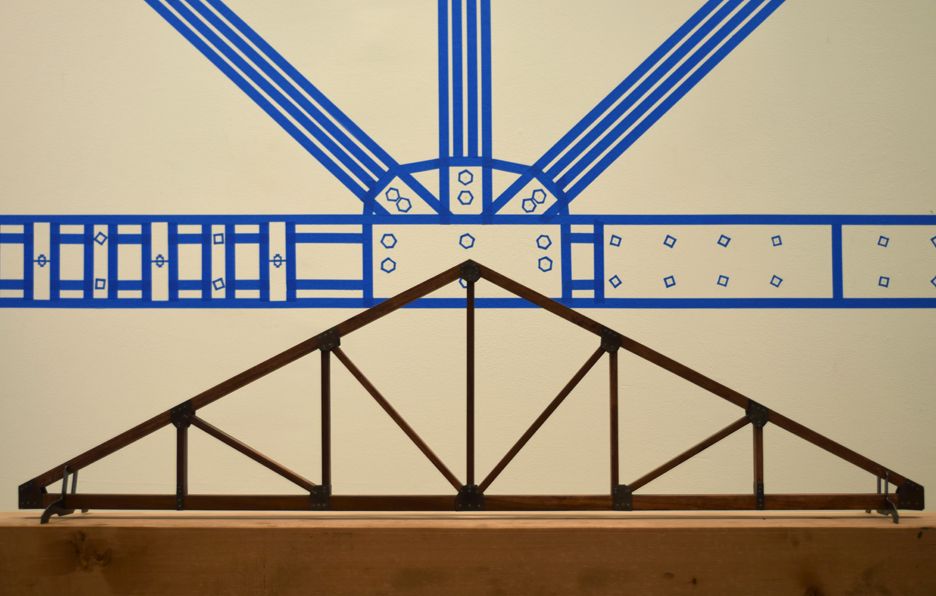 In conjunction with the exhibition Traction Company, we are pleased to offer for sale the limited edition sculpture Tiny Truss.  Individually made by Traction Company, each piece is a 1/12 scale model of their monumental sculpture Truss and constructed from the same recycled wood. Proceeds from the sale will benefit the exhibition program at the Pennsylvania Academy of the Fine Arts.

For more, watch a time-lapse video of the construction of Traction Company's mammoth Truss. 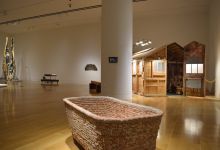 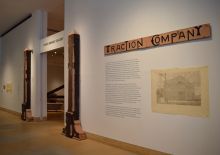 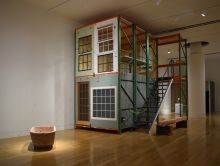