Spiritual Strivings: A Celebration of African American Works on Paper

In 1903 W.E.B. Du Bois published the essay “Of Our Spiritual Strivings” in The Souls of Black Folk, and argued that to be equal American citizens, African Americans needed to strive to be in the pantheon of artistic culture and that “This, then, is the end of his striving: to be a co-worker in the kingdom of culture, to escape both death and isolation, to husband and use his best powers and his latent genius.”

The Harmon & Harriet Kelley Collection of African American Art: Works on Paper
This exhibition was organized by the Pennsylvania Academy of the Fine Arts (PAFA) in association with Landau Traveling Exhibitions, Los Angeles, CA., and was curated by Anna O. Marley, Curator of Historical American Art.

The over 70 works on paper in this exhibition span the 20th century and represent just a fraction of what is contained in the Harmon and Harriet Kelley Collection in San Antonio, Texas—one of the country's pre-eminent collections of African American art.

The exhibition provided a rare opportunity for Philadelphians to view master graphics. The majority of works in this exhibition were produced during the 1930s and 1940s, the era of the Great Depression and the Works Progress Administration of the Federal Arts Project. That period gave birth to a school of African American regionalism and black consciousness that would not re-surface until the civil rights movement of the 1960s.

Eldzier Cortor: Theme and Variations
This exhibition, curated by the Senior Curator and Curator of Modern Art, Robert Cozzolino, celebrated a generous recent gift to PAFA from Eldzier Cortor (b. 1916). An artist who has had an extraordinary career and is still working in his nineties, Cortor grew up in Chicago and attended the School of the Art Institute (SAIC) and later the Institute of Design or New Bauhaus (ID). In each setting he studied with some of the most influential instructors of the 1930s: Kathleen Blackshear at SAIC and Lázló Maholy-Nagy at the ID. In the 1940s Cortor traveled to Jamaica, Cuba, and Haiti, fascinated by the richness and transformations he found in the African Diaspora. Although a gifted and influential painter, Cortor has been a master printmaker from the 1930s onward. The body of work he donated to PAFA (53 objects) consists of prints and preparatory materials related to his printmaking process, and spans from the 1950s through 2000. The installation revealed Cortor's working methods and showed how he has used printmaking as a means to explore motifs that morph, become embellished, expand, and turn calm. 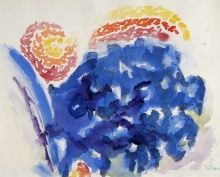 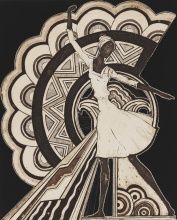 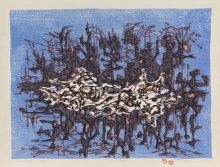 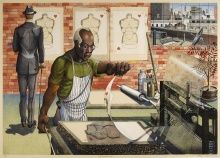 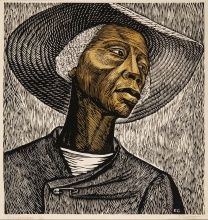