Throughout his career, Blume crafted elaborate allegories that dramatize the growth of cities, the creative process, cultural memory, political power, and regeneration. A consistent theme in his work is metamorphosis -- whether in nature, manifested in dreamlike imagery, or as a working method traced in the numerous drawings and studies he made for compositions.

Blume was not a prolific painter but rather concentrated his efforts on a relatively small number of carefully conceived projects, each involving a long period of exploratory drawing. After 1930, Blume preferred to focus on ambitious, often large-scale, slowly developed paintings that explore multi-layered themes and express major concerns of the 20th century. Peter Blume: Nature and Metamorphosis featured sections that examined several major projects that occupied Blume over many years. Blume developed these large-scale, meticulously designed paintings by thinking through drawing. Each was preceded by dozens of working drawings in a wide range of media made with surprisingly diverse approaches. Through this process, Blume discovered the formal structure and iconographic content of his major works, including Tasso’s Oak (1957-60) and The Rock (1944-48).

Drawing on a wealth of new scholarship in American modernism as well as numerous unpublished archival collections, Peter Blume: Nature and Metamorphosis considered the relationship between automatic drawing and precise painting in Blume’s practice, his relationships with an international community of artists and writers, and the political background of his imagery. A hallmark of his work from all periods of his career is its capacity to carry multivalent meanings, always rooted in human experience, but privileging the transformative power of the imagination.

Peter Blume: Nature and Metamorphosis will travel to the Wadsworth Atheneum, where it will be on view July 3 – September 20, 2015. 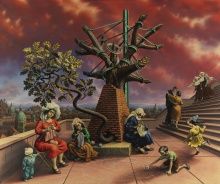 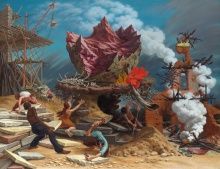 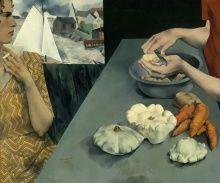 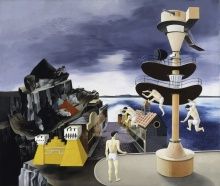 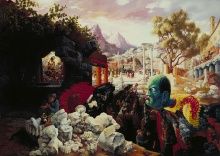 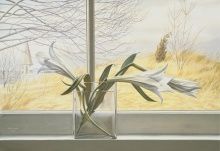 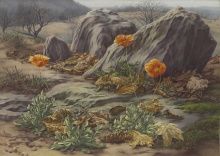 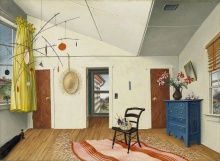 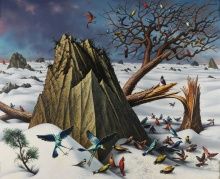 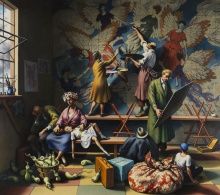