From Frank Furness to Kambel Smith, PAFA’s Historic Landmark Building continues to inspire as an industrial era icon built for the making and displaying of art.

Almost 150 years old, PAFA’s Historic Landmark Building continues to inspire. Frank Furness and George Hewitt’s design for PAFA collided logistical planning learned from factory designs with cutting edge engineering and steel construction. The Victorian hybrid details of the building façade communicated purpose and identity of the art school and museum, while the planning and new construction systems captured the energy of a factory for making art. This collections focus features the original drawings for the building; grisaille paintings from 1879 that show its interior spaces as used by art students; as well as a sculpture of the building made in 2019 by Philadelphia artist Kambel Smith (b. 1986). In the 1870’s Philadelphia, more than any other city of the day was shaped by engineers and industrialists. When Louis Sullivan, later a founder of the Chicago School of Design, entered the Furness & Hewitt office in 1873 as PAFA was being constructed, he found Hewitt with his nose in books while Furness busily “made buildings out of his head.” For Sullivan, Furness’ method was the right strategy and would be passed on to Sullivan’s students, including Frank Lloyd Wright. Smith is known for his sculptures made from found materials of famous Philadelphia buildings—many of which were built during this late 19th century heyday of Philadelphia architecture. He uses cardboard and foam core, as well as paint, tape, charcoal and gouache to replicate building details that architects like Furness and Hewitt so painstakingly invented. While his sculptures are meticulously crafted and demand close viewing, Smith’s purposefully rough handling of worn materials goes beyond mere replication and demonstrates Smith’s inventive vision and the lasting influence of these buildings in the 21st century. 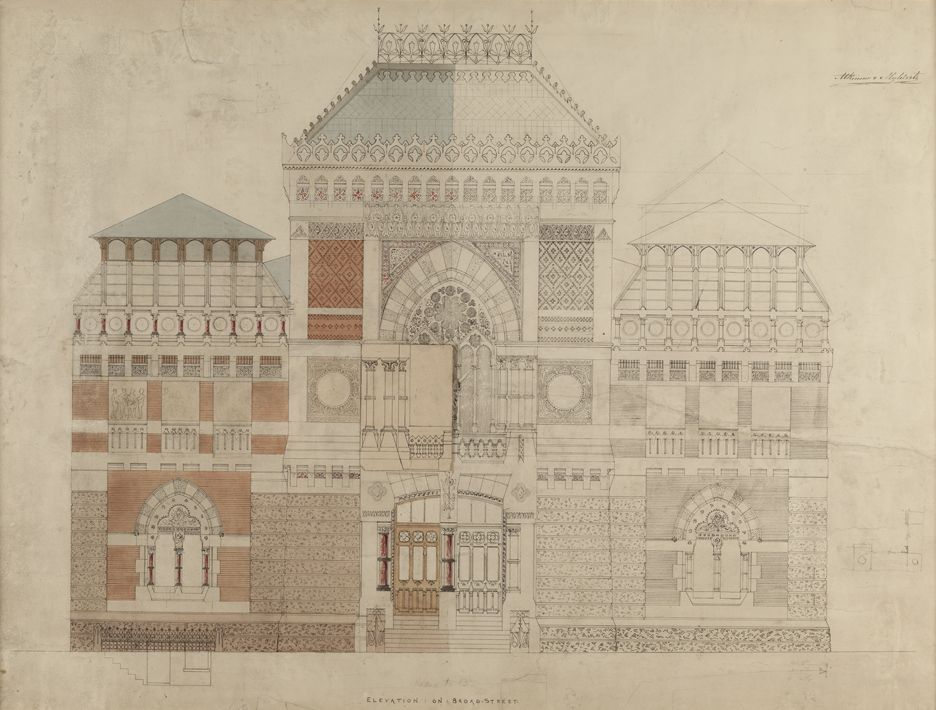 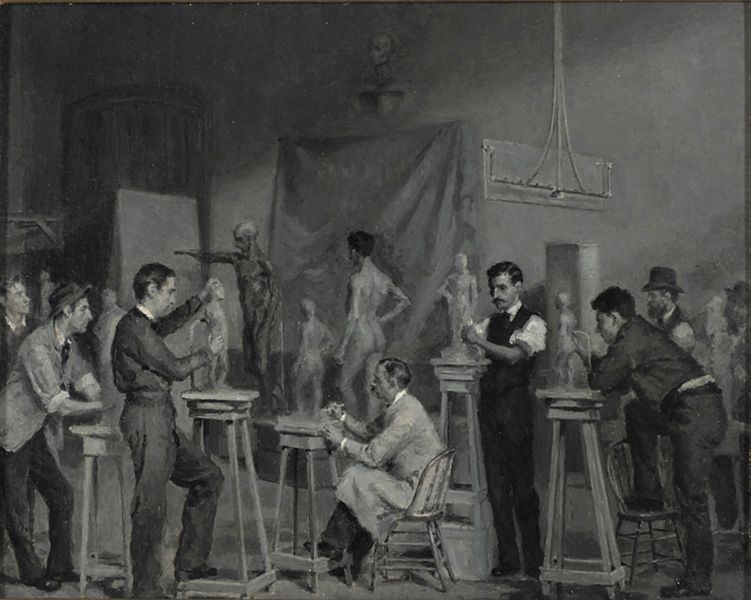 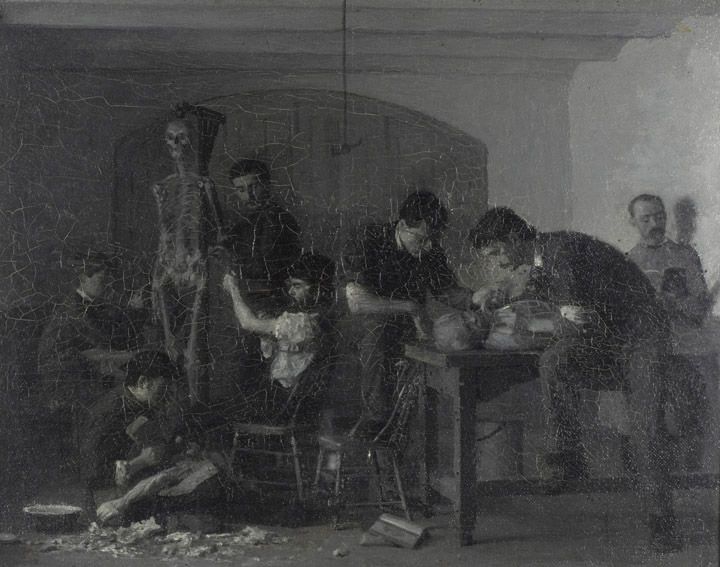