Hidden Treasures Unveiled: Watercolors was the inaugural exhibition in PAFA’s new Richard C. von Hess Foundation Works on Paper Gallery. The exhibition presented a group of watercolors from the 18th through the 21st centuries, drawn from the museum’s extensive collection of works on paper that have remained little-known to the public.

Among the highlights of the exhibition were Benjamin West’s Portrait of Prince Octavius (1783), Winslow Homer’s North Road, Bermuda (1900), Robert Motherwell’s Lyric Suite (1965), and Gladys Nilsson’s “I Don’t Remember What the Name Is” Duckbird Blues? (1968).

By making the exhibition’s focus watercolor and other water-based mediums, PAFA presented superb examples of one aspect of the collection, and showed the wide range of approaches that artists took towards the medium. 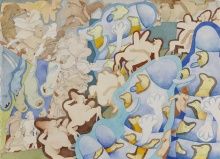 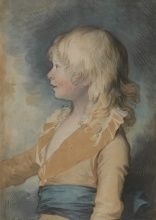 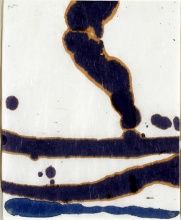