The Artist's Garden: American Impressionism and the Garden Movement, 1887-1920

Exhibition Info
Historic Landmark Building
Curated by
Anna O. Marley, Curator of Historical American Art
American Impressionists and the growing popularity of gardening as a middle-class leisure pursuit at the turn of the 20th century. Nominated for a Global Fine Arts Award

The Artist’s Garden has been nominated for a Global Fine Arts Award. Twenty-eight of the best exhibitions produced around the world during the past year were selected by a prestigious jury of art professionals. Thank you for your support. The winner will be announced on November 30, 2015.

Focused on the period 1887-1920, The Artist's Garden exhibition and catalog tell the story of American Impressionist artists and the growing popularity of gardening as a middle-class leisure pursuit at the turn of the 20th century, bringing together paintings, sculpture, books, and stained glass. The Artist's Garden is organized around themes of American Artists/European Gardens; the Lady in the Garden; Leisure and Labor in the American Garden; the Urban Garden; the Artist’s Garden; and the Garden in Winter/Garden at Rest.

The exhibition and publication include representations of gardens across both the United States and Europe, with special emphasis on the importance of the Philadelphia area, which served as the originator of the Colonial Revival Garden movement with the Centennial Exhibition in 1876. Moreover, the Philadelphia area was the center of the publishing industry in the early 1900s, which led to the creation of magazines aimed at middle class suburban gardeners like House and Garden (founded in 1901 in Philadelphia). Philadelphia was also the city that founded the Garden Club of America in 1913.

See photos from the The Artist's Garden opening reception.

One exciting feature of this exhibition – in its companion show Gardens on Paper – is a rediscovered set of Autochromes - the earliest method of color photography - by artist Thomas Shields Clarke of his Fernbrook gardens in Lenox, Massachusetts. Because these glass plates cannot be exposed to light long-term, PAFA is thrilled to bring them to you HERE. The exhibition will also feature digital reproductions with back-lighting allowing visitors the chance to see how these glass plate Autochromes would have appeared when viewed through their standard viewing device – the diascope.

The Pennsylvania Academy of the Fine Arts (PAFA) is collaborating with a diverse group of gardening organizations in Philadelphia to borrow and exhibit related objects and/or to partner on programming.

After the PAFA presentation, The Artist's Garden will tour to four additional venues:

The Huntington Library, Art Collections and Botanical Gardens
January 23 - May 9, 2016 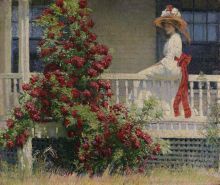 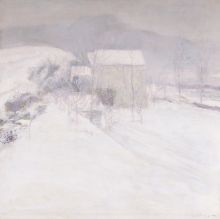 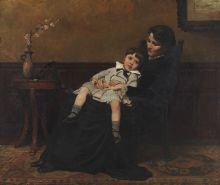 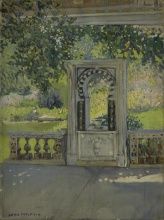 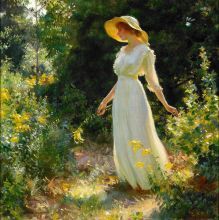 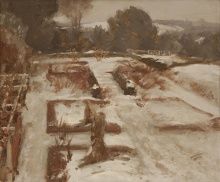 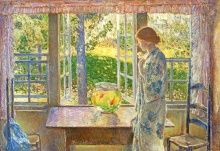 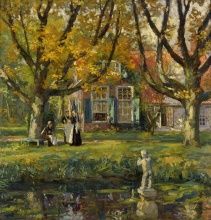 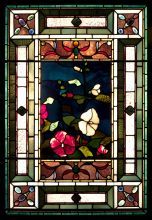 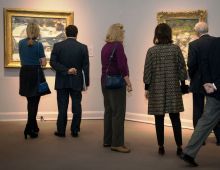