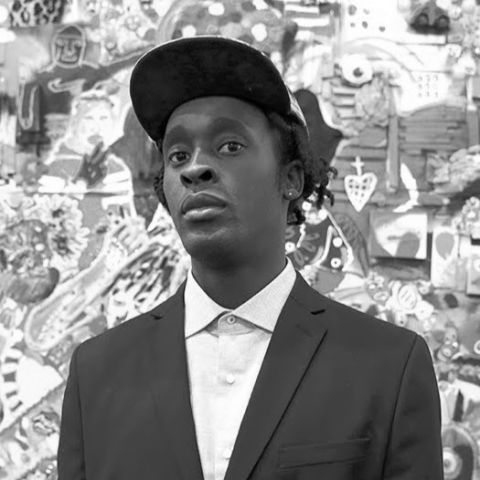 Erlin Geffrard is originally from Palm Beach, Florida and is of Haitian descent. He studied painting and design at San Francisco Art Institute before earning an M.F.A. atthe University of Pennsylvania. Primarily an installation artist and activating his pieces through participation by the visitor and sound, Geffrard originally worked under the alias, Kreyola Kid, as a performance artist. He was influenced by the idea of "refugee" running throughout his work and life; his Haitian origin and family, upbringing in Florida and the underground culture in the Bay Area. His work concerns the overlap of fine arts, commercial hip hop culture, and issues of class, race, place, gender, and religion through subject matter and material.