Step into the exhibition Wharton Esherick: An Artistic Legacy Through Necessity, in PAFA's Samuel M.V. Hamilton Building, and you'll be greeted by an object that you might not expect to see in a fine art gallery.

It's a four-poster wooden bed, made of dark walnut and padauk wood, which the artist and craftsman Wharton Esherick constructed for his son, Peter. Beside it is a handsome flat-file cabinet desk, a mix of artful and utilitarian design. The pieces are examples of Esherick's work as a leader in the American Studio Crafts Movement and provide insights into the relationship between the applied and fine arts.

Esherick studied painting at PAFA in the early 20th century, but he is best known for wooden sculptural work and furniture design. John Greig, the exhibition's curator, sees Esherick as an example of an artist who was able to adapt to economic challenges, and put his artistic training to use in a context outside of what might be considered a traditional career in the fine arts.

"I was interested in exploring Esherick's work because he found a way to take his fine arts education and use it to pursue a professional path that was economically viable, productive, and fulfilling," said Greig.

The works on view, many of which have been loaned by the Wharton Esherick Museum in Chester County, Pennsylvania, including a number of Esherick's distinctive chairs, stools, and tables, as well as chess sets and wooden sculptures.

"Esherick's work is unique, especially his earlier pieces, because you can see the transition he is making from sculpture to furniture," said Greig. "That blending of the two disciplines is very special."

This exhibition also offers an opportunity to discover another body of work created by Esherick: Woodblock prints, including those that were created to illustrate an edition of Walt Whitman's Song of the Broad-Axe.

Esherick's works are presented in dialogue with those created by recent PAFA graduates, all of whom have taken their fine arts training and applied it to diverse career fields. These include Ben Jones (Cert. '12), working in weaving and textiles; ceramicist Marguerita Hagan (MFA '10); theatrical set designer Steven Dufala (Cert. '00); Thomas Pontone (MFA '13) who works in cement furniture and sculpture; and Chelsea Kashan (BFA '15, Cert. '16), currently a landscape architecture student.

"These are all examples of artists whose foundation in fine arts education from PAFA has allowed them to explore career paths outside of the typical studio setting, very much in the tradition of Wharton Esherick," said Greig. "That tradition is alive and well today."

Wharton Esherick: An Artistic Legacy Through Necessity is on view now through April 5, 2020. 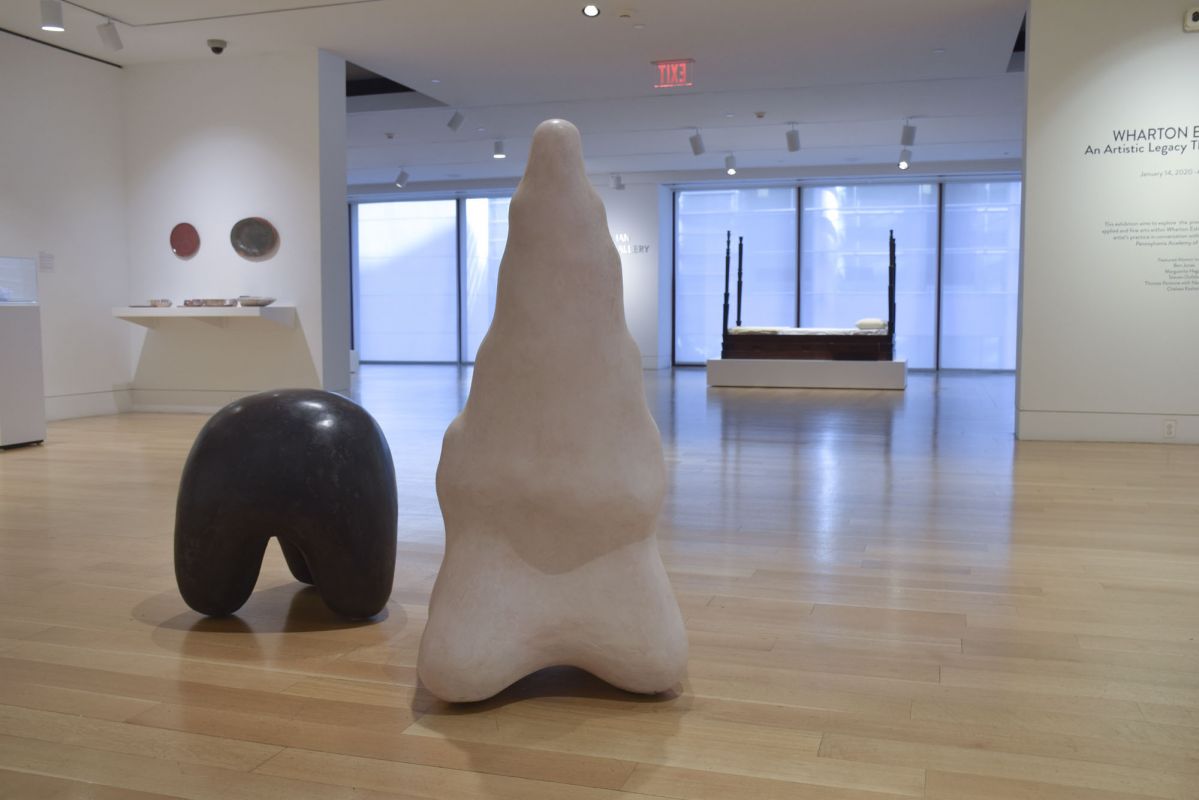 Installation view of "Wharton Esherick: An Artistic Legacy Through Necessity". 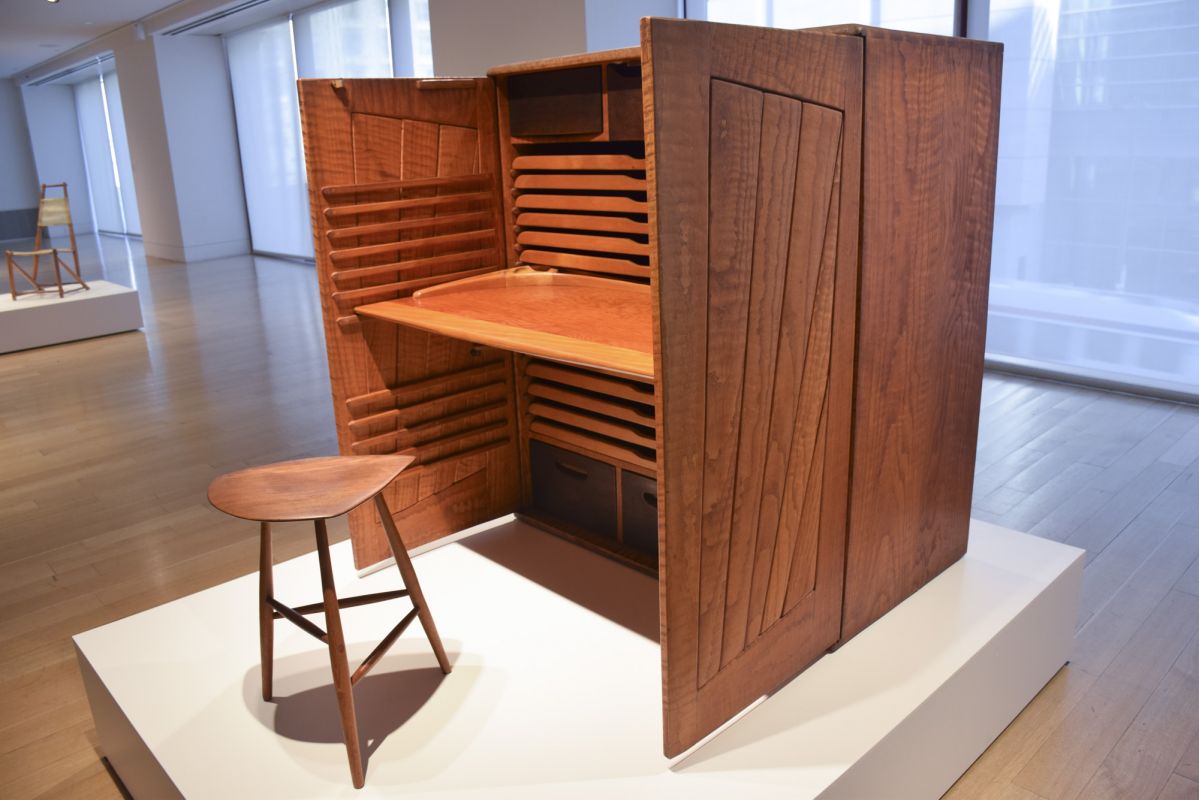 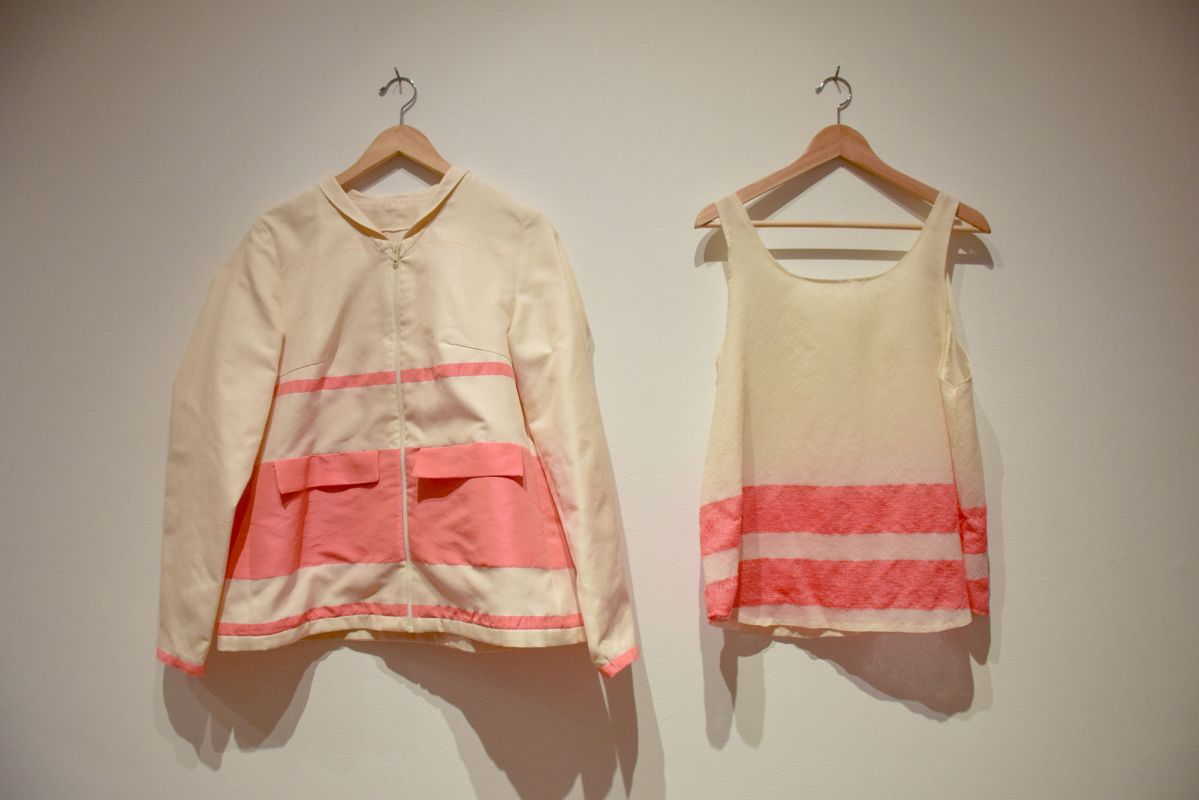