The show will be held at the Southern Alleghenies Museum of Art (SAMA) in Altoona, PA and run from September 2 - December 4, 2022.

Elizabeth Wilson is a representational painter based in Philadelphia, born in 1959 and raised in suburban Philadelphia. Her paintings have been described as small gems, luminous and having a quiet energy. She has been a working artist and prolific painter since graduating from the Pennsylvania Academy of the Fine Arts (PAFA) in 1984 with a four-year certificate, having transferred to the school seeking a more focused and disciplined education. She was a longtime arts educator in the Philadelphia region.

Elizabeth has exhibited extensively throughout the United States in curated and juried exhibitions, including the Philadelphia Museum of Art, Ashville Art Museum, National Academy of Design, PAFA, among many others. Her work is held in numerous private and public collections throughout the United States, England and Ireland. Public collections include the State Museum of Pennsylvania, Woodmere Art Museum and Bryn Mawr College among others.

Elizabeth Wilson: Spirit of Place, Wilson’s infatuation with cloud formations and the subtleties of light on quiet landscapes is threaded throughout her work and read like poetic contemplations. Her work embodies a strong sense of time, place and visual harmony achieved in part through a balance of precision and careful editing that at times shift towards abstraction. She has credited traveling with providing her a rich source of subject matter and new ideas. Be it the English countryside and architecture of a small village, majestic views from an ancient Italian city, massive rocks along the Long Island Sound, a rocky summit in Arcadia National Park in Maine or her own backyard.

Known primarily for her landscapes of the British Isles, the exhibition offers a wider scope of her work. The most recent works were painted during the pandemic. Wilson notes the social isolation of the pandemic was broken up by daily walks to nearby woods that became a ritualistic necessity and developed into a series of paintings. In them she delicately captured the complexity of textures, tapestry of color and linear elements. She has likened the woods to a giant stage set, evolving and changing with the time of day, weather and seasons. As the pandemic continued, Elizabeth revisited subject matter painted previously—referencing older paintings, sketches, photographs, memory and at times working from imagination. She re-explored a coveted location from a past preoccupation…the rocky beaches of the Long Island Sound in the North Fork and the Roman Campagna in Italy where she had visited and worked several years earlier. She notes it has been a challenge to make paintings from the logistical distance of memory that possess a freshness, strong sense of place and atmospheric luminosity. 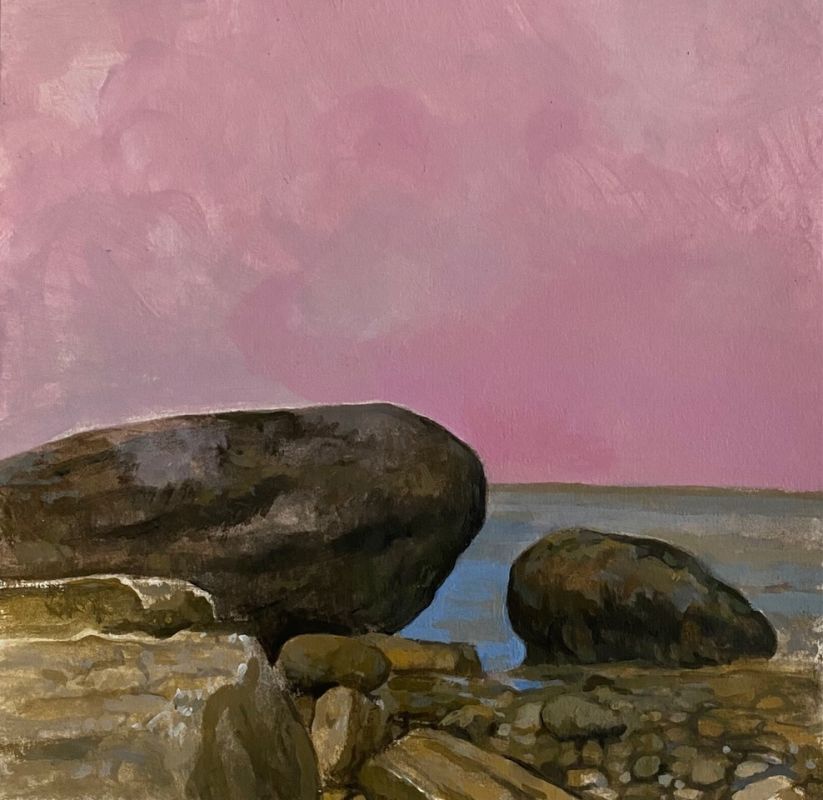 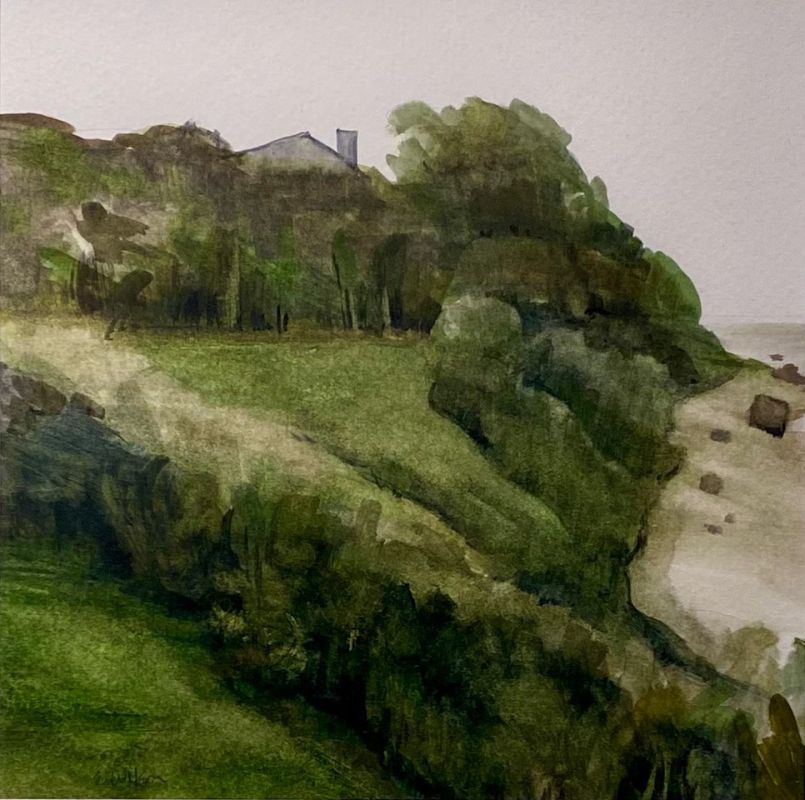 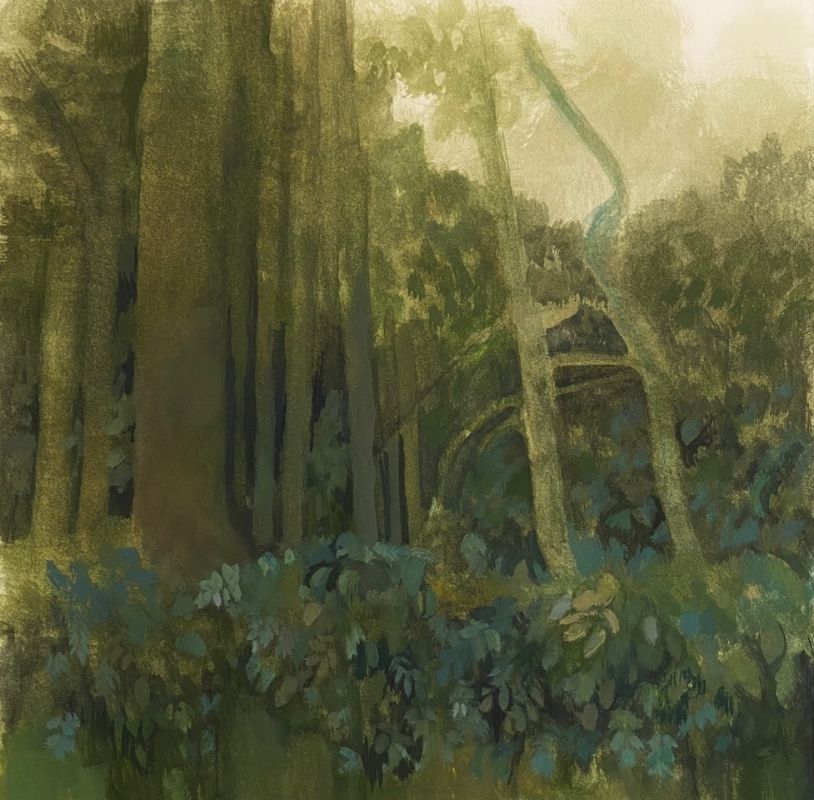