After growing up in the Bronx, Mark moved to Philadelphia to attend PAFA.

“I was going to school in New York but transferred to PAFA because I was really interested in learning observational painting,” Mark said. “I thought that foundation would be important to make other creative work.”

After graduation she then spent four months travelling around Europe with help from a PAFA Women’s Board Travel Scholarship. Mark is now based in Chicago where she is a BOLT resident and co-director at the 4th Ward Project Space. But she is preparing to uproot herself again to spend nine months in Turkey.

She’ll be spending time in Turkey for a Fulbright Research Award; the project is titled “Anatolian Living Rock Monuments and the Art of Place.”

“The grant from the Women’s Board was a formative experience for me. I was able to craft a visual pilgrimage to Europe’s museums, cave paintings, and natural sites, while hiking through eight countries”, she said. “These first hand encounters made me wish to spend a significant time abroad on a Fulbright.”

Mark’s Fulbright proposal focuses on place, “Artworks in their earliest incarnation was painted on and carved into rock, establishing the coexistence of image, meaning and place,” Mark said. “At the core of my project is a concern with how humans transform our physical environments. My aim is to first study several Anatolian monuments carved into living rock during three millennia starting from 1400 BCE to consider the role of public monuments in our collective cultural imagination, as well as ways that public art can become more sensitive to local communities and ecologies.”

Her most recent solo exhibition, Temporarily Removed at the Chicago Artists Coalition, explored what becomes of materials that are extracted from their places of origin.

“Seeking to understand the impulse to collect land, I began to gather sand from around the world, buying sand from people on Ebay. I found myself in the midst of a micro economy, where portions of places could be purchased, an empire collected by clicking “buy it now”. Drawing extensively from museum displays —the primary public repositories of relocated objects—I repurposed museum materials were used to create much of the work in the exhibition. Museum armatures exhibited alongside the sand collection and low relief sculptures crafted from a recently disassembled museum wall meditate on the absence of displaced objects from their places of origin.

“Being at PAFA taught me the importance of spending time observing the physical world and becoming specific about what I find visually entrancing,” Mark said. Built into my studio practice are periods where I am not strictly producing but devoted to hiking and situating myself within landscapes.”

PAFA professor and critic Neysa Grassi, first recognized Mark’s talents in a drawing class in 2014. Since then the two have remained close and Grassi assisted Mark with her Fulbright application.

“She has this intellectual curiosity which is an unusual and exceptional creative power,” Grassi said. “What distinguished her in my class was her dedication and focus on her art. I want the best for her. It’s really exciting for me to watch this as her teacher, mentor, and friend.”

For her Fulbright research, Mark will be travelling to Turkey and visiting 14 living rock monuments, to see works of art that have never been removed from their environment.

After spending time with art that is responsive to its environment, Mark will then go to Istanbul. Though Istanbul is one of the world’s oldest metropolises, the city is currently experiencing one of the most rapid growth rates in the world. Construction projects cover the city. This urban transformation comes at the cost of green public spaces.

She’s interested in the massive amount of often-unfinished construction projects in the city.

“I’m interested in creating place sensitive monuments. I envision carving commemorative stones with images that record Istanbul’s botanical matter, to preserve an image of city’s biodiversity during a modernizing period. I’m going to place these reliefs at the construction sites.”

After working for the past three years as a part-time as a security guard at the Oriental Institute, where SaraNoa has become intimate with the artistic production of the Ancient Near East. “I have come to feel that these works, both minute and monumental, lose their essence by being placed in a museum, rather than remaining within the geological and cultural landscapes in which they were produced.” Mark is looking forward to visiting making work and keeping it in its native environment. 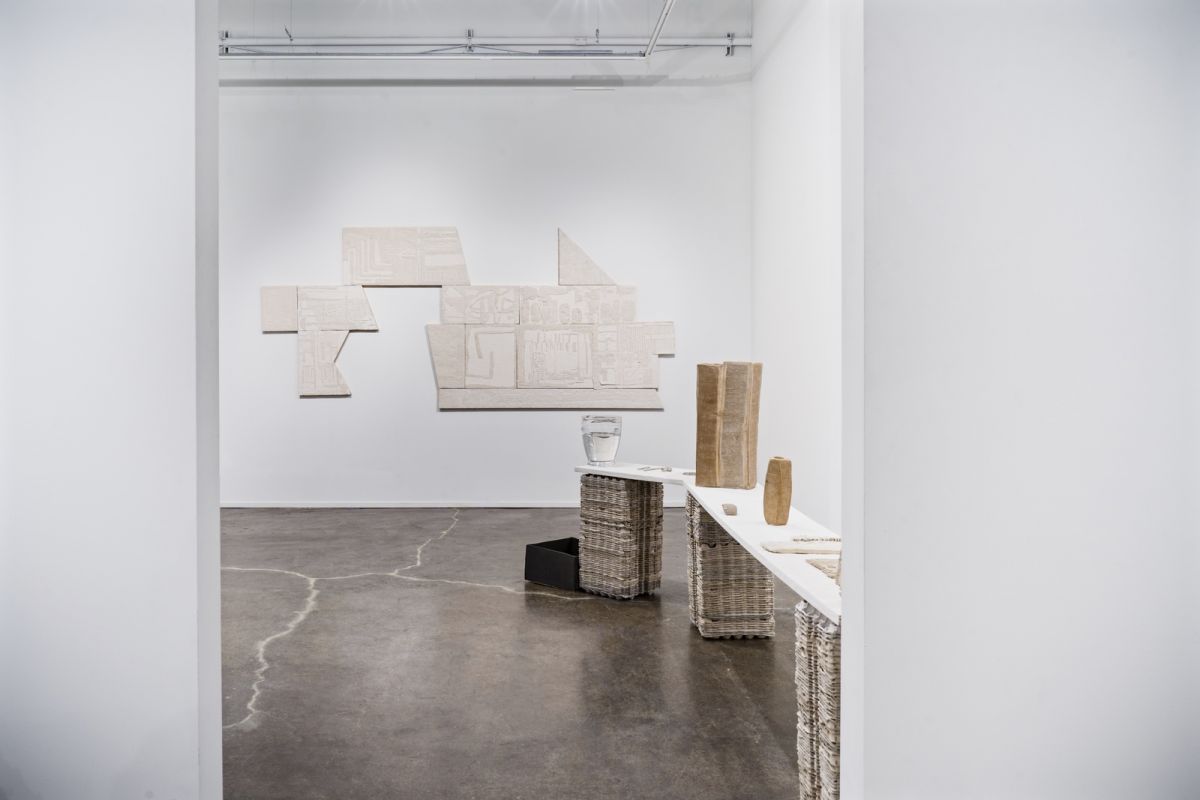