Dr. David C. Driskell (1931–2020) passed away on April 1. He was an artist, art historian, and curator who was deeply influential in bringing wider recognition to African American art in the United States. Members of the Museum's curatorial staff have chosen to share their remembrances below.

The artist, scholar, art historian, and curator David Driskell (1931-2020) will be sorely missed at PAFA. The museum team often pulls from our bookshelves his defining publication, Two Centuries of Black American Art published in 1976 and accompanied by a groundbreaking exhibition that toured the country. This bicentennial project exposed the broad thinking of Driskell from its first chapter which honored folk traditions and craft and therefore grounded fine art within a vernacular history.

David continually worked across the penned-in boundaries of art history and produced projects that were inclusive of fine art, folk art, craft, American art, African art, and the diaspora, to mention just a few of the sectors he brought together. This generosity of scholarship is the defining aspect of our friend's career because his open-armed approach reshaped the field of American art into one that mirrored Driskell's own magnanimity. For this, he was a game-changer. Too, David comfortably mentored so many colleagues, at PAFA and beyond, making him not only an arboreal gardener of plants but a nurturer of people in the art world, treating it like the lush and lively field it can be when led by someone like Dr. David Driskell.

PAFA is proud to hold sixteen artworks by important artist and art historian David Driskell in its permanent collection. Spanning twenty years (from 1996 to 2016), PAFA's collection of Driskell's artwork reflects the themes and references that filled his life as a collector and scholar and to which he remained devoted throughout his life: the black American experience, African art, nature, and abstraction. In Flowing Like a River from 1996–1997, a purchase made from the Harold A. and Ann R. Sorgenti Fund for African American art, jagged strips of collaged paper skate across a raucously painted background, at once seeming to reference a wild river current and colorful patterned quilts.

PAFA's collection is particularly representative of Driskell's collaboration with the Experimental Printmaking Institute (EPI), a professional printshop established by Curlee Raven Holton at Lafayette College in Easton, PA. Since his college days at Howard University, printmaking was always part of Driskell's artmaking. The prints that he made with Holton and EPI (the most recent of which was finished in 2016) retain Driskell's unique ability to build palpable energy through color and gesture while representing a serene forest scene or an almost abstract portrait of a farmer and his wife. The majority of Driskell's prints in PAFA's collection are portraits of African American women; honoring the cook, the Grandma, the farmer's wife—all those underrecognized heroes that deserve acknowledgment and gratitude. This is the generosity of spirit that characterized Driskell's life and work.

Curator of the John Rhoden Collection

In a January 1975 letter from the John Rhoden Papers at PAFA describing the exhibition, Two Centuries of Black American Art, to John Rhoden, David Driskell wrote, "All of my efforts at organizing such an exhibition would be fruitless without the cooperation of the many artists whose careers were well established prior to 1950. You are one of the many artists whose works would add measurably to the quality of the exhibition now being planned."

This would be the second exhibition that Driskell and Rhoden would work on together, following a 1967 exhibition at Fisk University in Nashville, Tennessee that paired Rhoden with Walter Williams. It was one of several institutional affiliations the two shared by then: both had attended Skowhegan (Rhoden in 1950, Driskell in 1953), both spent time at Talladega College in Alabama (Rhoden was a student from 1934-1936 while Driskell was faculty from 1955-1962) and both had received fellowships from the Rockefeller Foundation (Rhoden in 1959, Driskell in 1967). The two appear to have been friendly colleagues. In an April 1975 letter, Driskell thanked John and his wife Richanda for hosting him in their Brooklyn Heights home.

Stimulated by the four-story home-studio the couple lived in, Driskell remarked, "It is always a pleasure to be in such aesthetically pleasing surroundings, and I am always enlightened by your artistry and the genius of your creative lifestyle each time I visit," and closed out with, "do take care of yourself; there is only one John Rhoden."

Likewise, there was only one David Driskell. It is difficult to overstate the importance of the landmark exhibition, which in 1976 was the first major survey exhibition of art by African Americans and laid the groundwork for countless careers, scholarly projects, collecting plans, and artistic freedom dreams. As an art historian who wrote and taught the history of black artistic production in a cultural moment when many insisted it didn't exist, David Driskell offered us lineages. As a curator who organized exhibitions that made that history visible and empowered other arts professionals to continue it, he offered a legacy to which so many of us are gratefully indebted. 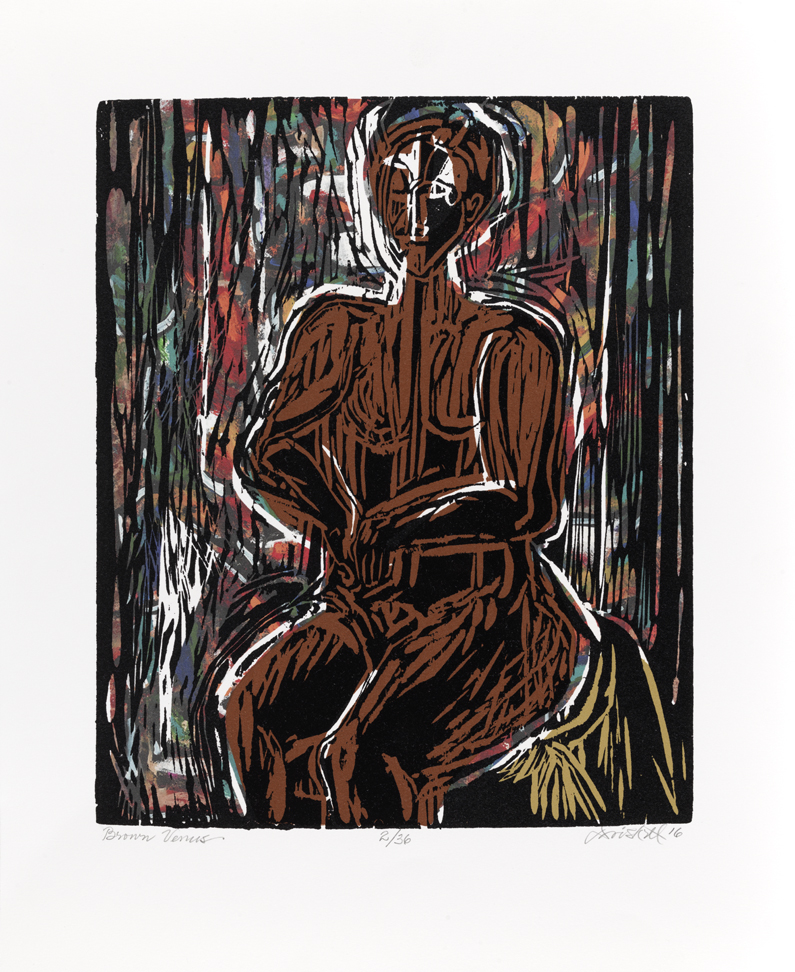 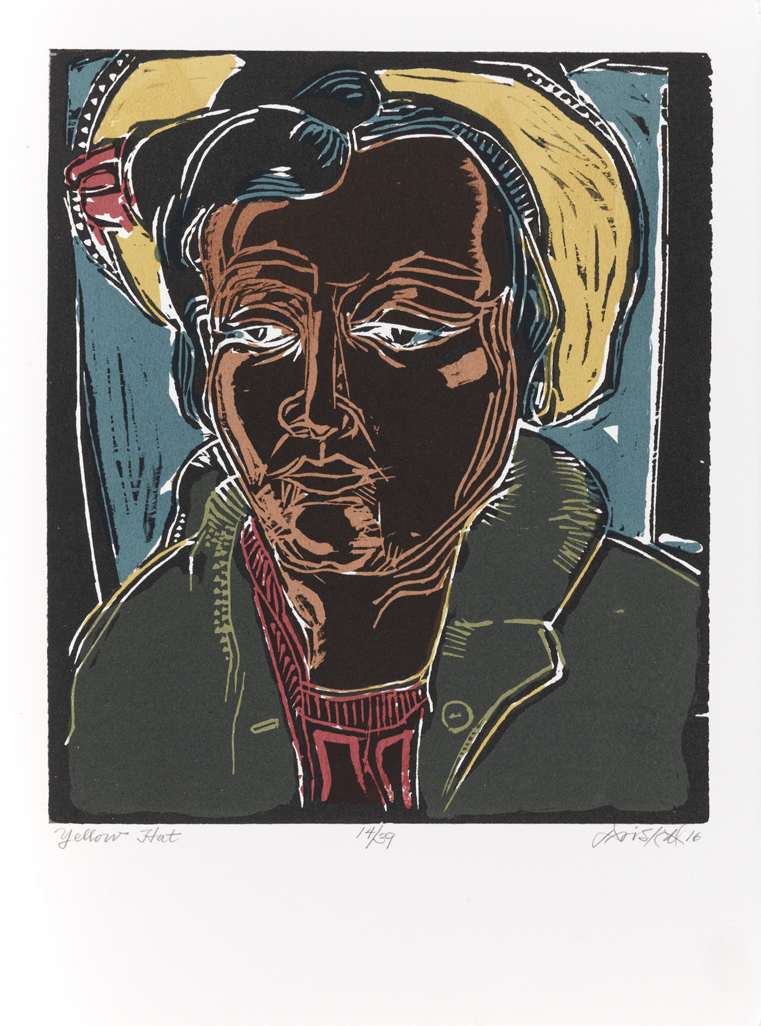 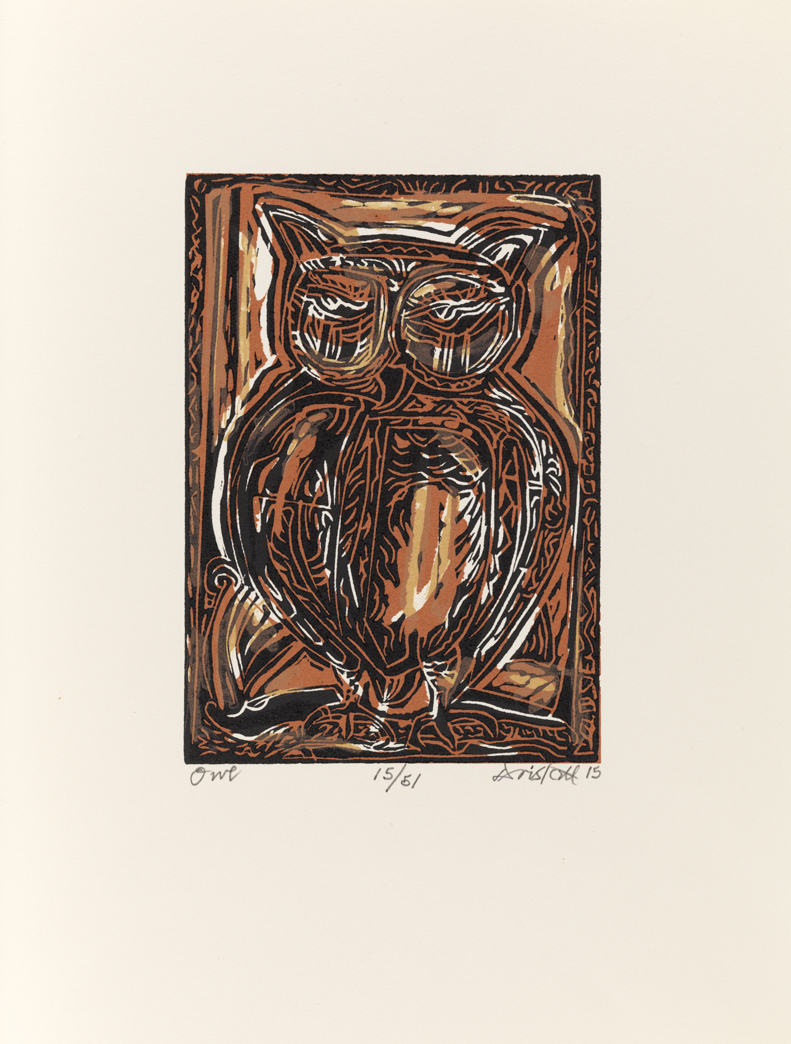 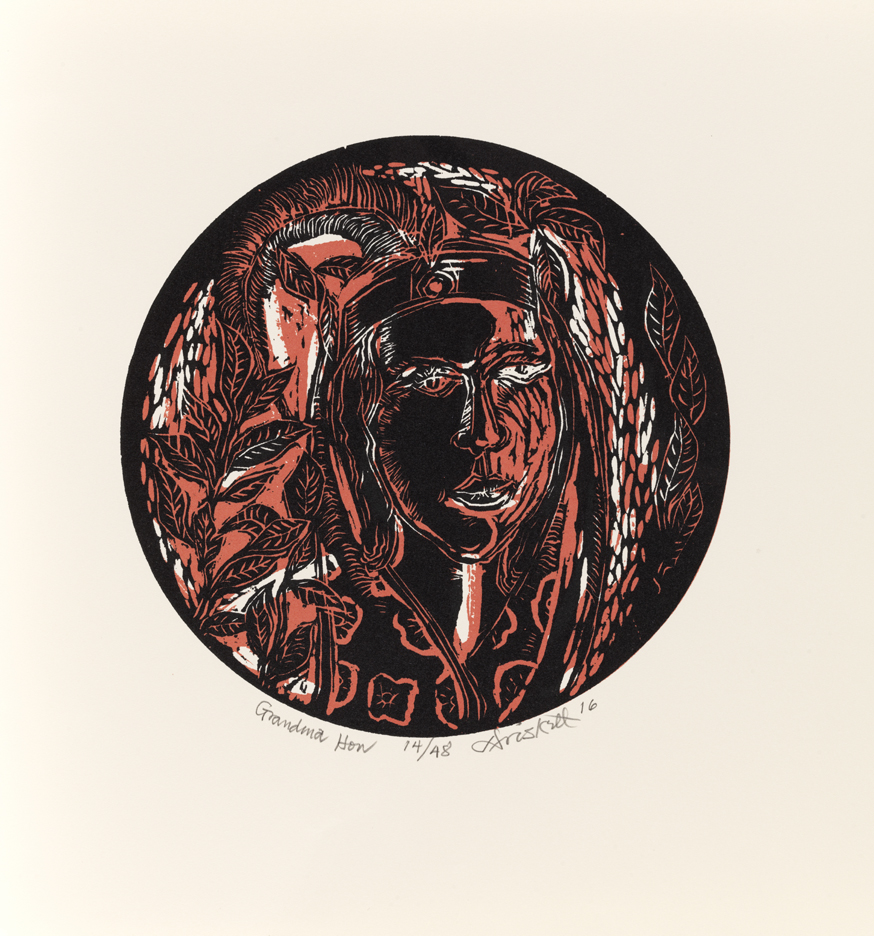 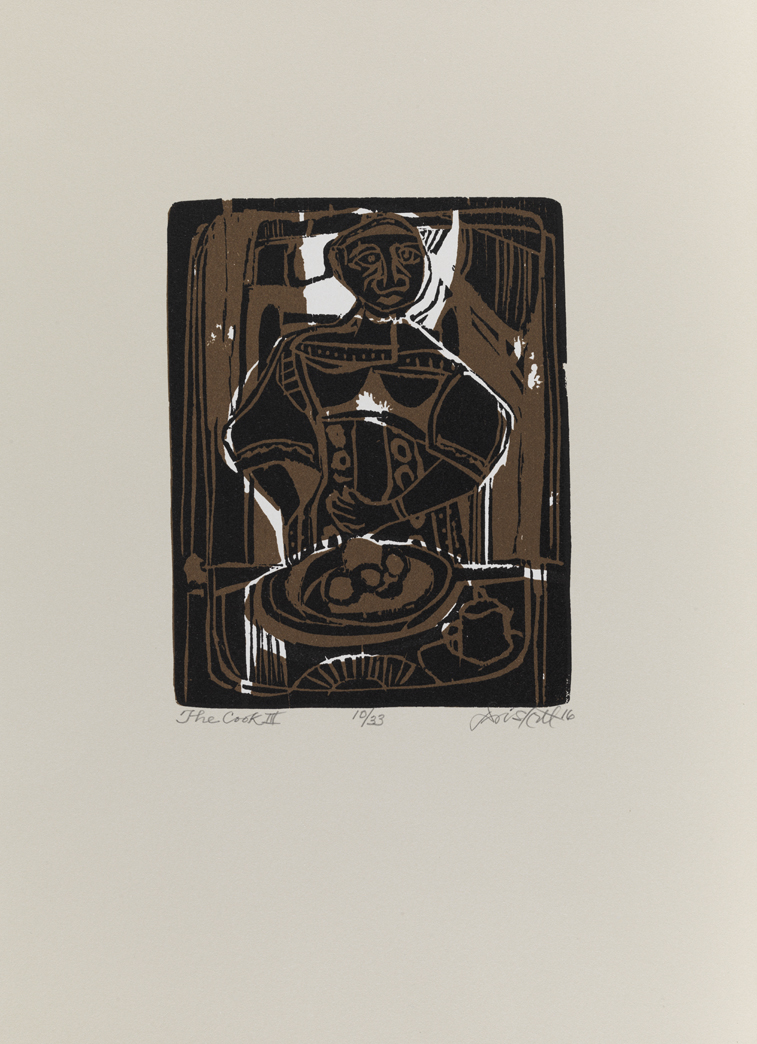 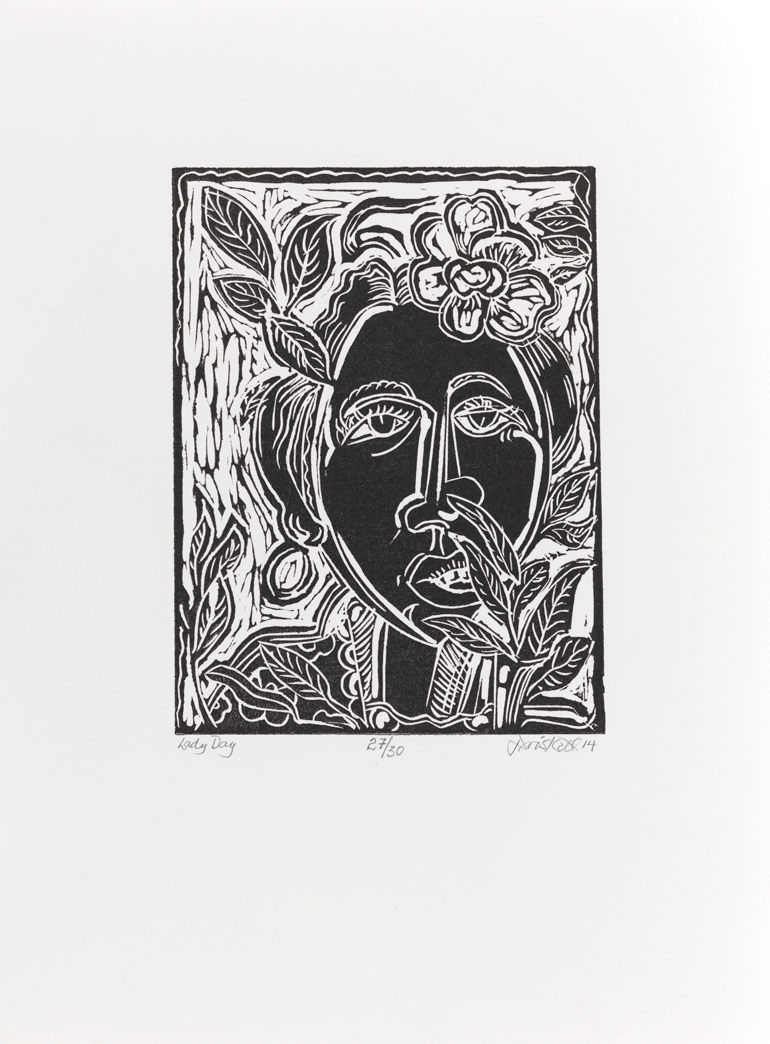 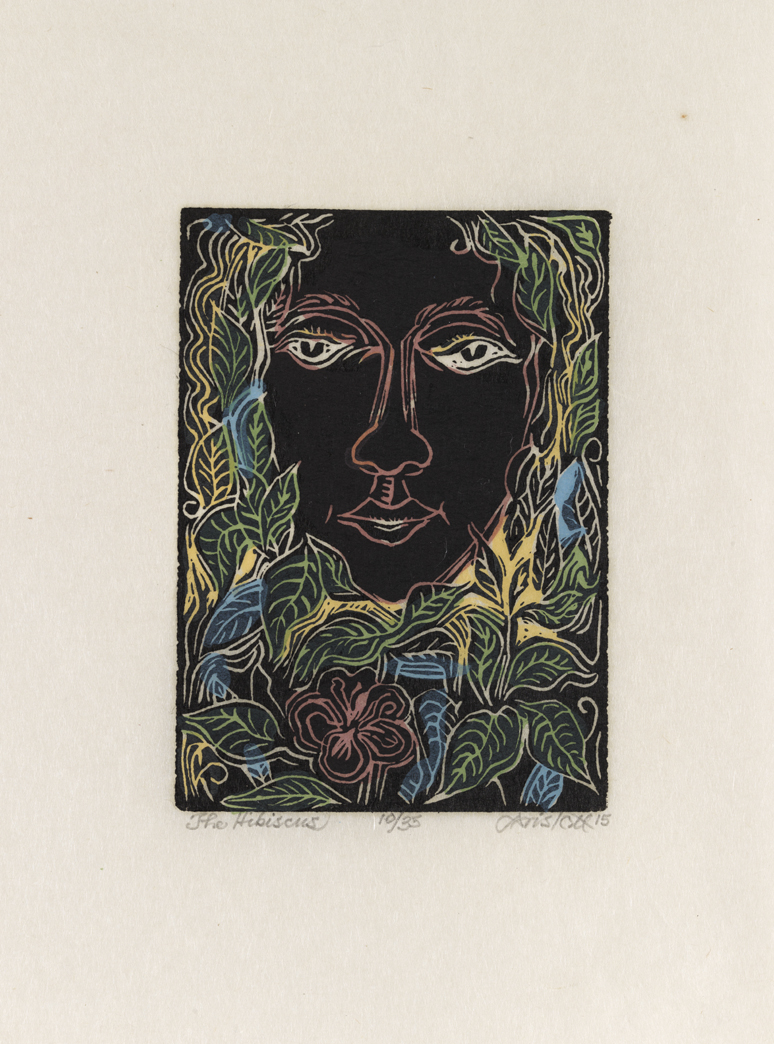 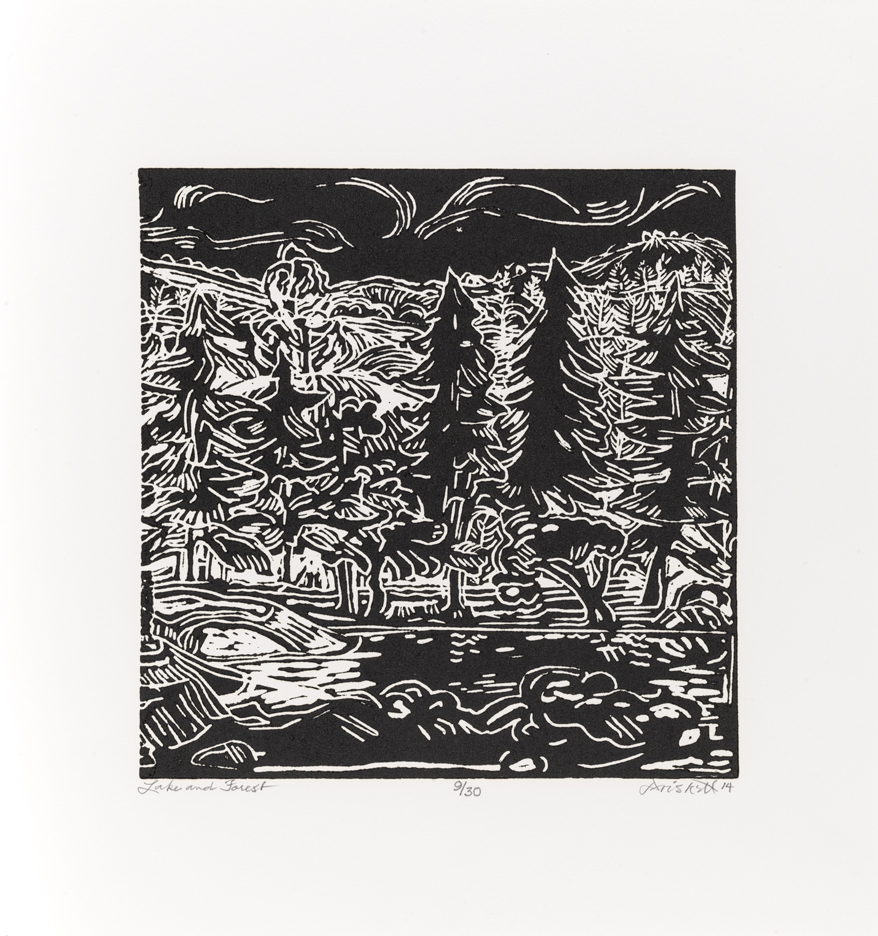 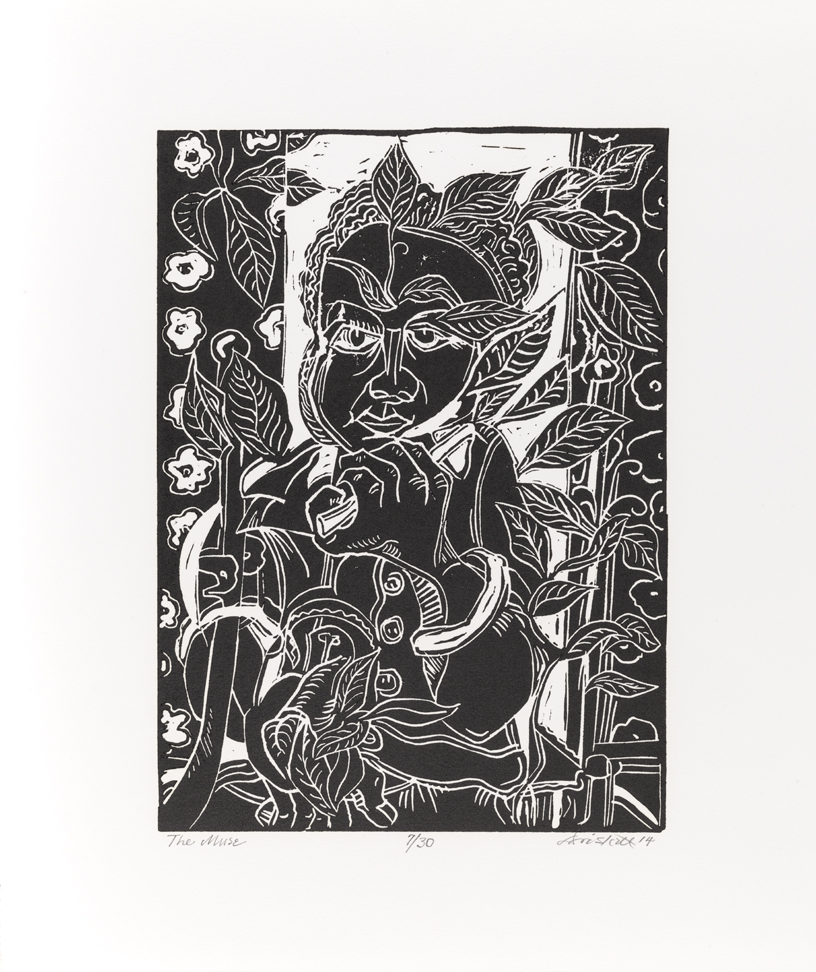 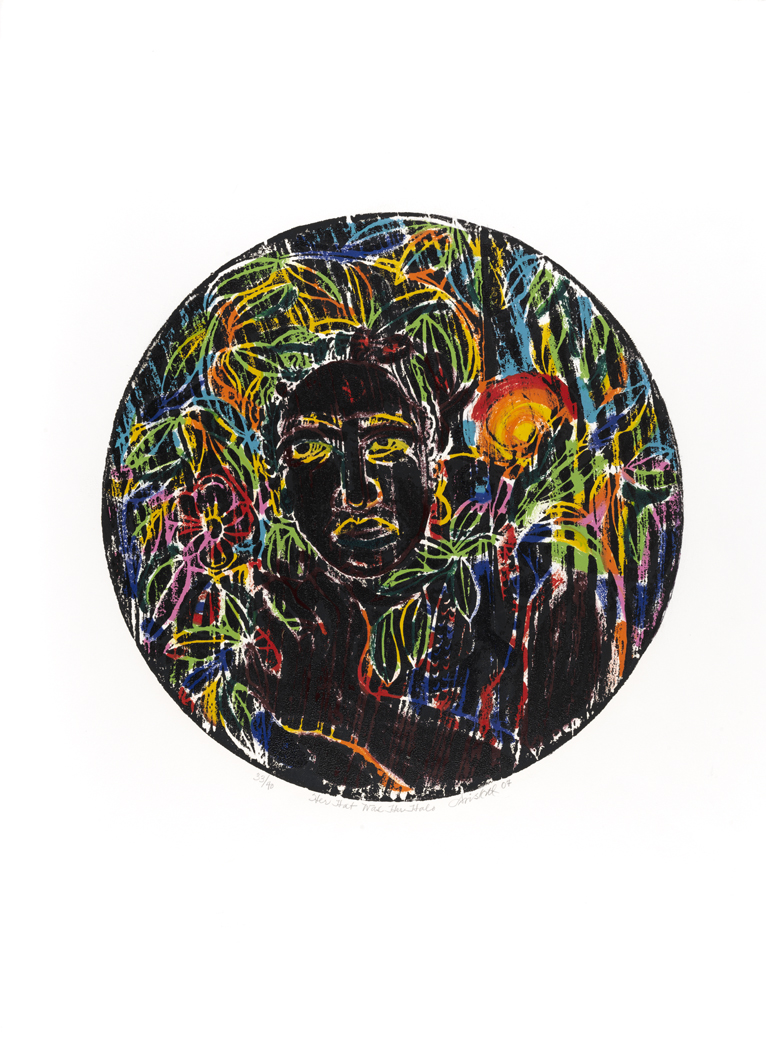 Her Hat Was Her Halo 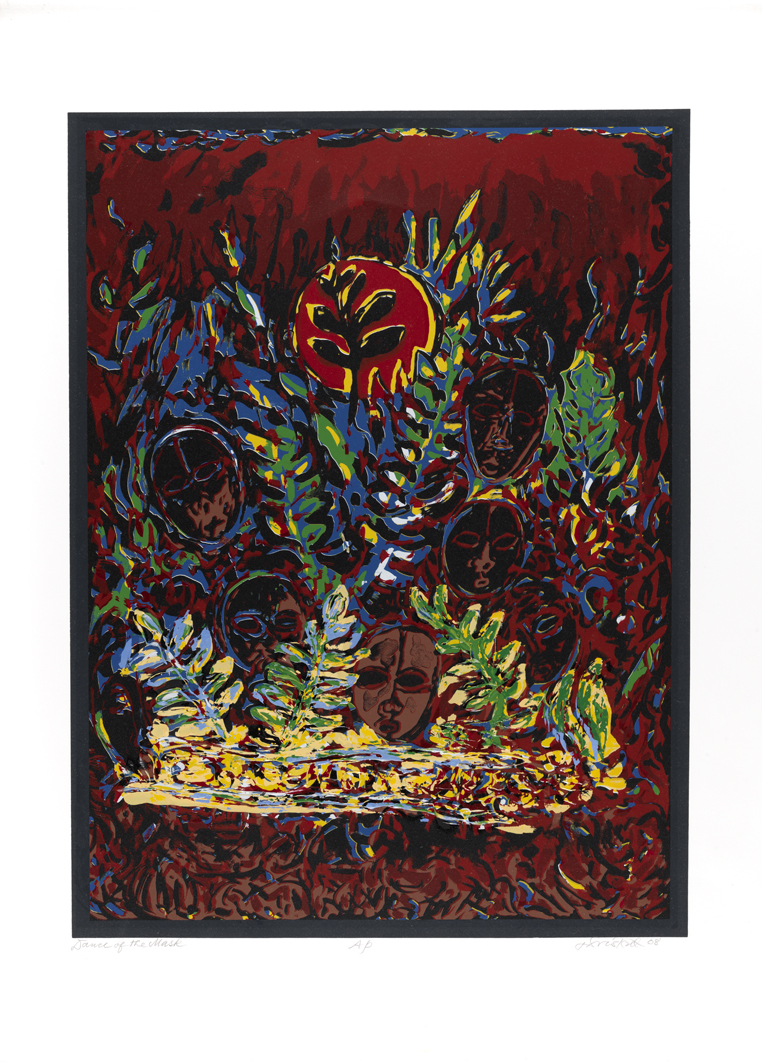 Dance of the Mask 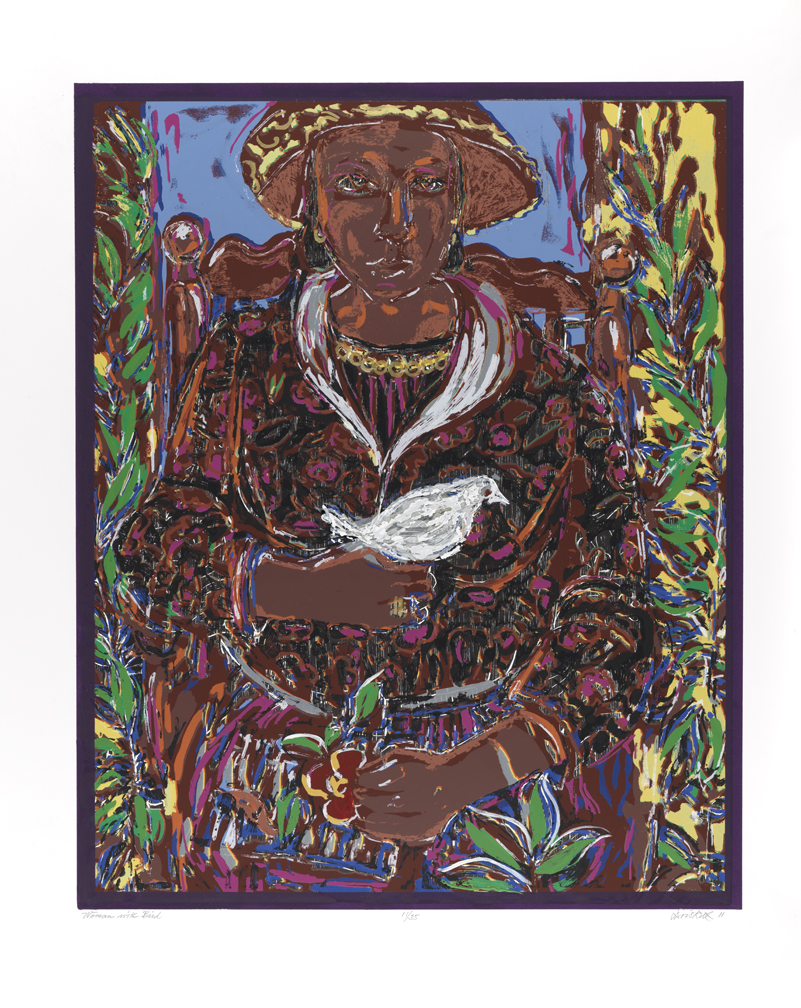 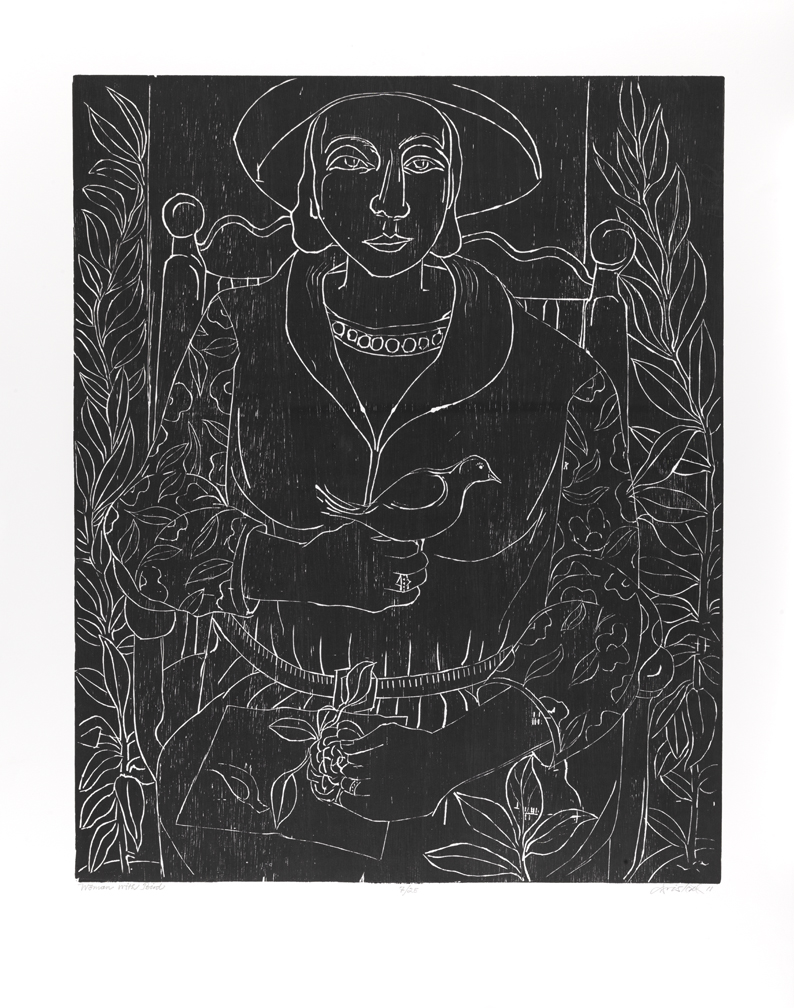 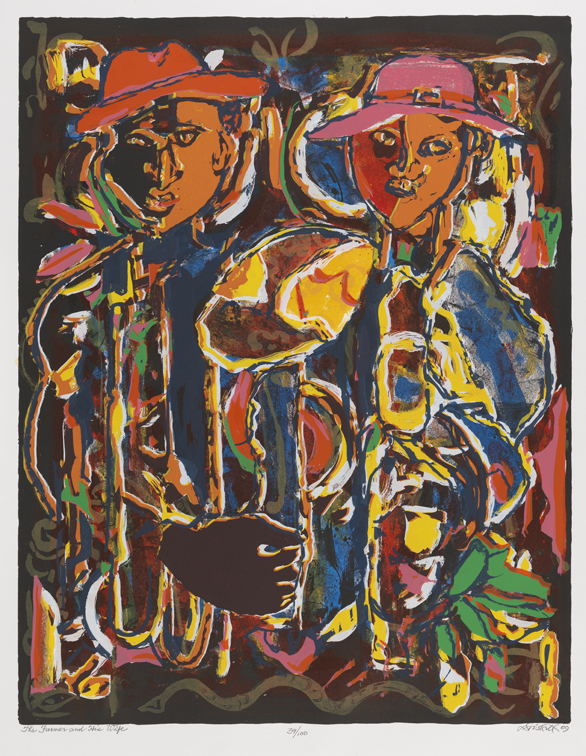 The Farmer and His Wife 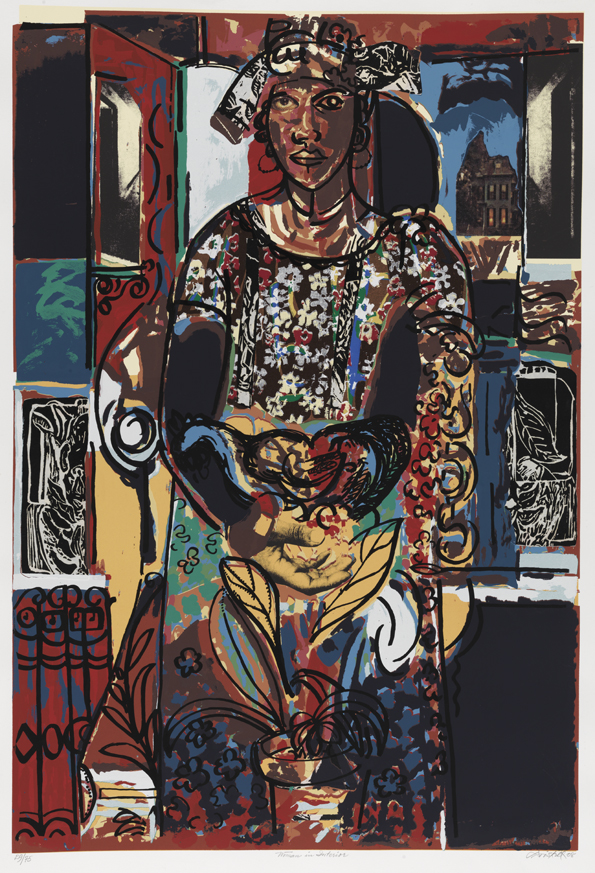 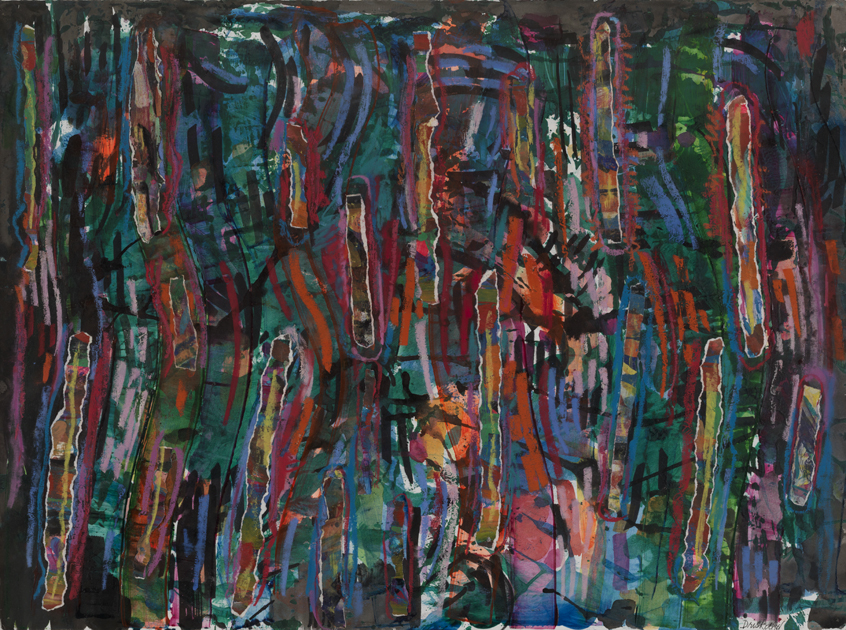 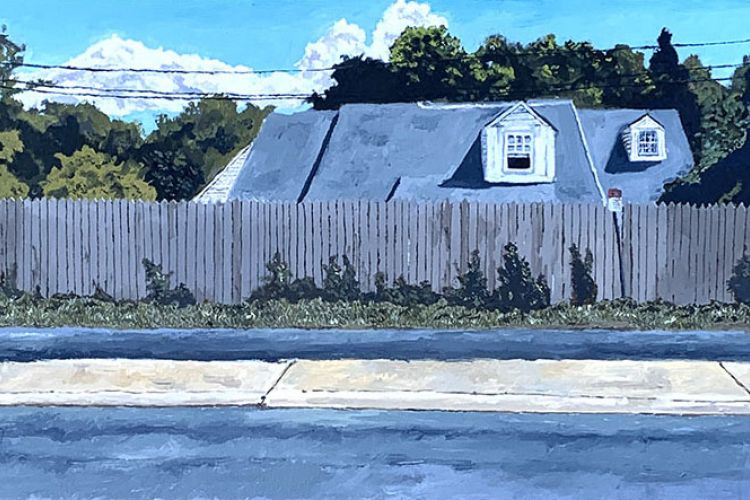