With works dating back to the 1790’s, time was not on the side of conservator Mary McGinn when she began preparing for PAFA’s current exhibition, From the Schuylkill to the Hudson: Landscapes of the Early American Republic.

“This one frame took about 350 hours of work with an intern and myself working on it for almost a year to get it done,” McGinn said of the frame that holds Landscape: Evening by Paul Weber.

The oil painting by German artist Paul Weber was painted in 1856 and quickly acquired by PAFA in the 1850’s. The work, purchased by subscription, was a star of PAFA’s permanent collection in the late 1800’s and shown nearly every year for decades in various exhibitions.

“It seems because of its size it kind of got forgotten. In 1978 all of our large paintings were sent to storage when the Historic Landmark Building was being renovated,” McGinn said. It returned in the late 1990’s or 2000’s but was stored with our large frames because it’s so big.”

When the painting was rediscovered by McGinn and Schuylkill to Hudson… curator Dr. Anna O. Marley, the work itself was in good condition but the same could not be said about the frame.

McGinn said the frame was missing ornamental corner pieces and sections of good leaf were replaced. The frame has been restored but doesn’t look brand new.

“It doesn’t look absolutely perfect but we go for that because the patina shows its age,” McGinn said. “But it’s not so black that you can’t see the actual beauty of the gold, because it’s really all about the gold.”

While Weber’s Landscape: Evening only needed a cleaning, Mahanoy Mountain on the Susquehanna River by Russell Smith required a more-intense conservation process.

The oil painting came into PAFA’s permanent collection in the late 1970’s as a gift to the museum. Like many works that are gifted to the museum, McGinn said there weren’t any previous conservation records. The painting was lined when it entered PAFA’s collection due to cracks in the paint, but the lining covered up a map Smith had drawn on the back of the canvas.

Not wanting to cover up the map on the back of the painting, the lining was removed and McGinn needed to find a different way to fix and stabilize the cracks in the work.

“A lot of paintings get lined because the paint starts to crack. A painting is under tension. The layers of paint and canvas and glue and varnish make up a solid thing that's being stretched under tension,” she said. “The paint cracks because the canvas keeps moving with changes in relativity humidity. The cracks then interrupt the forces and then it starts to curl up.”

“We typically do this because oil paint will become much more malleable if it’s exposed to a high relative humidity. I put it under pressure and heat in a special suction table. By doing this all of the paint will be pulled down flat.”

The painting was then revarnished and put on view for all to enjoy.

McGinn said she doesn’t consider the conservation work she does to be an art, her art practice happens at home instead of in the conservation studio. She strives to restore paintings to their original beauty, not put her own mark on American masterpieces.

She almost went into medicine, not museums when she was considering a career.

“I was really torn between medical school and art school and I found a way to put it together,” she said. “I took chemistry when I was an art student and this seemed like a good fit for me.”

Instead of healing people, she is making sure PAFA’s permanent collection is in good shape and as healthy as can be for 200+ years old. 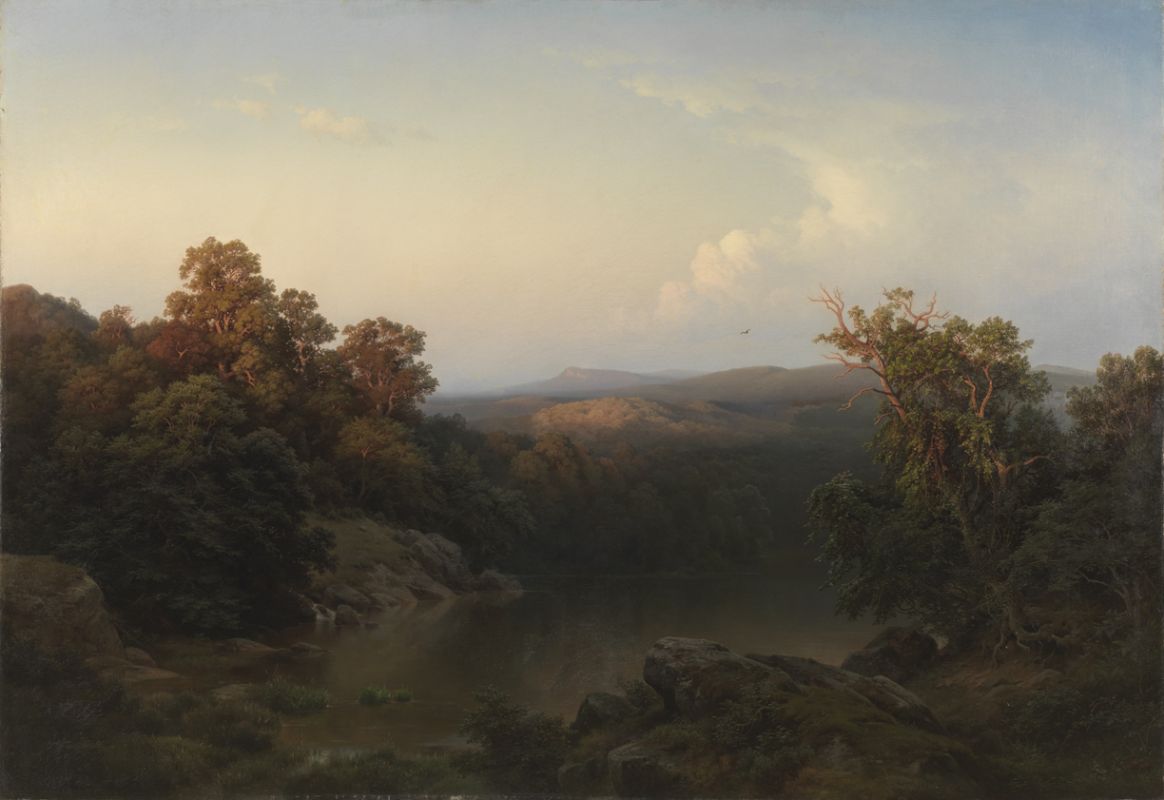