A New Spin on Old News

Headline after headline, the news of the day left an impact on Parker.

“We have to be engaged with it or else you’re going to be left behind,” she said. “And especially as artists, it is our responsibility to reflect the world that we’re living in.”

So instead of tossing her daily newspaper after reading it, Parker decided to turn it into 365 different artworks.

“The beauty of the process was that every morning I would come down and open up my door and that newspaper would be on my doorstep,” Parker said. “It’s almost as if my studio practice presented itself every morning to me, saying, ‘Good morning, come work on me and also come explore the contemporary world you live in as well’.”

She started painting issues of The New York Times in November of 2017 and soon realized she wanted to dedicate an entire year to exploring her perception of current events.

“I receive the news every morning and it’s my visual response back to the information I’m receiving.”

With the help of PAFA’s Fine Arts Venture Fund (FAVF), Parker was able to commit to the yearlong project.

Since 2014, PAFA has supported students through the Fine Arts Venture Fund. FAVF allows students to engage in a grant-seeking process, in which they develop a unique art project, write a grant proposal, and, for the semi-finalists in the process, present their work to funders. Each year the FVAF awards more than $20,000 to student projects. The funding is used for various student-led projects from purchasing supplies to mounting an installation.

“The Fine Arts Venture Fund is a really amazing opportunity that the school gives the students and because of that opportunity I was able to realize and conceptualize ideas that were before limited because of financial restrictions,” Parker said.

The 365 newspapers became Old News, a progressive installation on view now through the end of January in PAFA’s Broad Street Studio.

Throughout the month, Old News continually changes. In the Broad Street Studio space, Parker takes the visual paintings on the newspaper and investigates the materials and forms the papers can take.

“I find the foundational structure of a newspaper to be a very satisfying, time-tested design, but I am compelled to change and adjust things to create a more dynamic visual effect. In my work, each line, shape, and color plays an essential role in harmonizing the work as a whole,” Parker wrote in her original proposal.

As for the title, it’s a comment on the news itself but also on how people consume news now.

“Old News is a comment on the contemporary world, how we receive our news now. The original form is a printing press and we really don't even receive it in that format anymore, we receive it digitally. And even then it is going to be tailored to our personal interest through cookies and all of these other tracking things,” she said.

Read more about
Bethann's work in
The New York Times

But forcing herself to confront the news of the day, every day, was not always easy.

“Some days I couldn't deal with the news. It was a feeling of, ‘I don’t want to read it’ so instead I’d look at an advertisement instead that just has aesthetic appeal instead of a linguistic investigation.”

To help her get through a rollercoaster year of headlines and news, Parker included her two young children on the project.

“It’s very important to me to find avenues to bring my studio practice into my home life so it can continuously have momentum. Every morning I’d sit down with the paper and my children would want to be involved so we’d work on papers together and I included a few of them in there. They’re my favorites and those memories are more important than any of the content in the papers.” 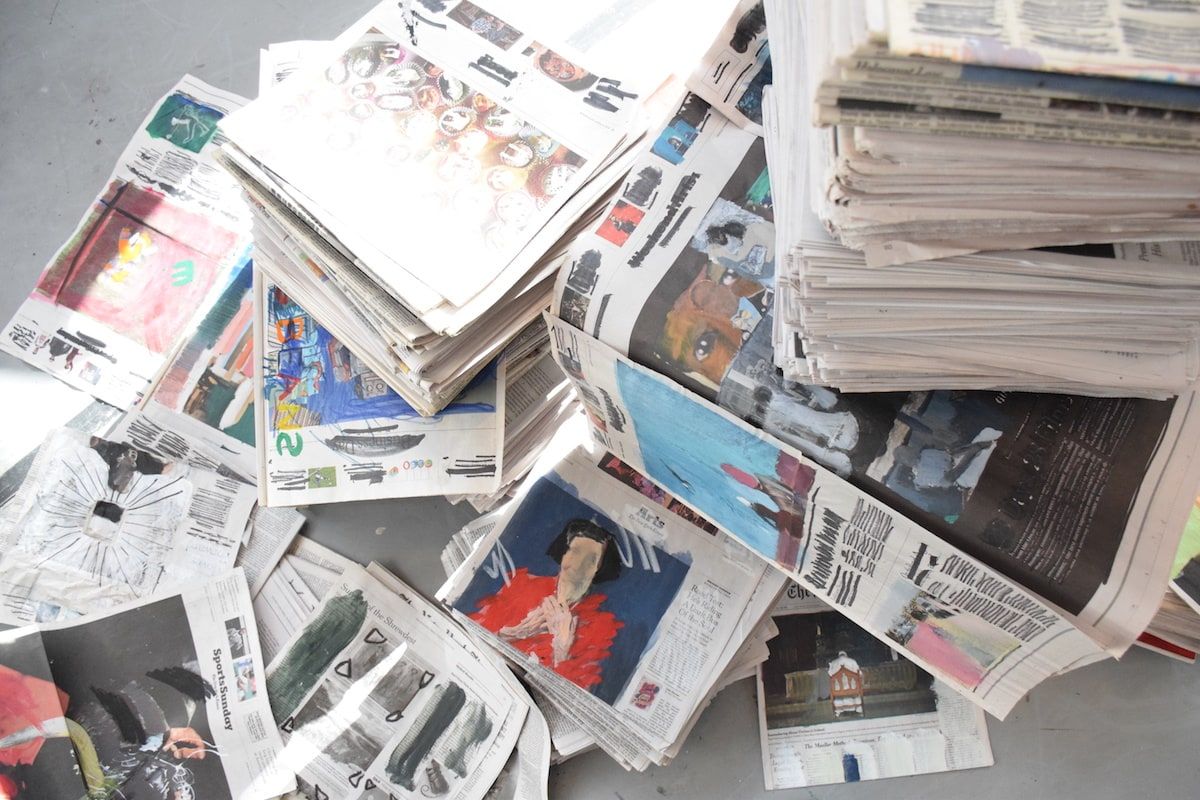 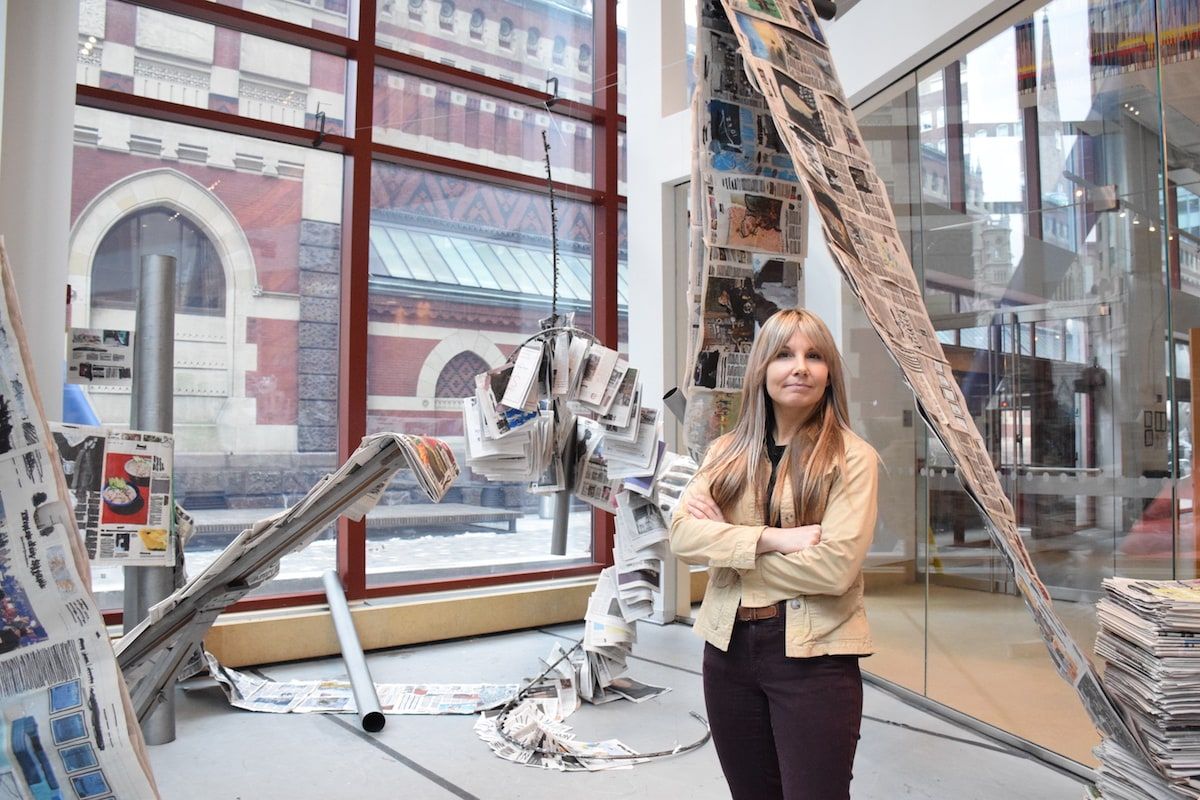