Artist Inga Kimberly Brown (BFA ’14) likes to keep busy. Whether she’s creating work for an exhibition at the Amelia Center Gallery in Florida or working on commissions, she always tries to have a paintbrush in her hand.

The PAFA graduate recently completed a work for the 3rd Regiment United States Colored Troops Reenactors. The painting was a gift to the group from Dr. Robert Hicks.

“The group does reenactments of the Civil War and they’re very serious actors,” Brown said. Dr. Hicks asked me to paint a scene of them.”

Hicks specifically sought out a PAFA graduate for the piece.

As director of the Mütter Museum, Hicks has met several PAFA students who come to the museum to work on their sketching skills. He also collaborated with PAFA’s curators for Anatomy Academy, a 2011 exhibition focusing on how Philadelphia’s dynamic art and science communities, and in particular the curriculum of PAFA, fostered knowledge of the human body.

“I’ve always had a strong interest in PAFA’s museum collection and regularly visit the exhibits,” Hicks said. “When I conceived the idea of a gift for the reenactors I thought, ‘Why don’t I contact my friends at PAFA’.”

Dean Clint Jukkala recommended Brown to Hicks, and the two quickly made plans to discuss the painting that would become The Day You Came Home, We Sang a Song of Freedom.

“We went through two maybe three sketches to work out what we were going to do. I was not interested in dictating a painting to an artist,” said Hicks, confident in Brown’s talent as an artist.

Before graduating from PAFA, Brown lived and worked in Italy for seven years, and her work has appeared on the cover of and within New American Paintings. She enjoys collaborating for commissioned paintings, but final say for a piece is hers.

“They’re talking to me because of the way my mind thinks and how I see it and I have to show them how I see it in the drawing. If an image is insistent in coming out in the painting, I will bring it out.”

The Day You Came Home, We Sang a Song of Freedom depicts a scene of black Civil War union soldiers freeing slaves on a plantation in the South. Hicks said he wanted the painting to depict how the soldiers spent most of their time, adding that combat images are popular scenes to portray but not what these soldiers did most.

“Black Union soldiers were stationed on plantations to make sure slaves knew they could leave and were free. Most of the slaves had been forbidden to read and write so the black color troops would make sure the people knew,” Brown said.

The surprise gift was presented to the 3rd Regiment United States Colored Troops Reenactors in February.

“They were absolutely gobsmacked, this was nothing they anticipated,” Hicks said. “Everyone gathered around, a big semi-circle formed with everyone taking pictures of this thing.”

In addition to giving the reenactors Brown’s painting, he also presented the group with prints so they can use them for fundraising efforts. The troop is raising money for statue in Philadelphia, currently the city doesn’t have a statue honoring black soldiers who fought in the Civil War.

As for Brown, she recently finished a project for the Philadelphia Jazz project and is an active member of PAFA’s Alumni Council.

“I like commission painting, I’ve been doing it for a long time,” Brown said. “It’s always a padding to go with my painting that I do for myself.” 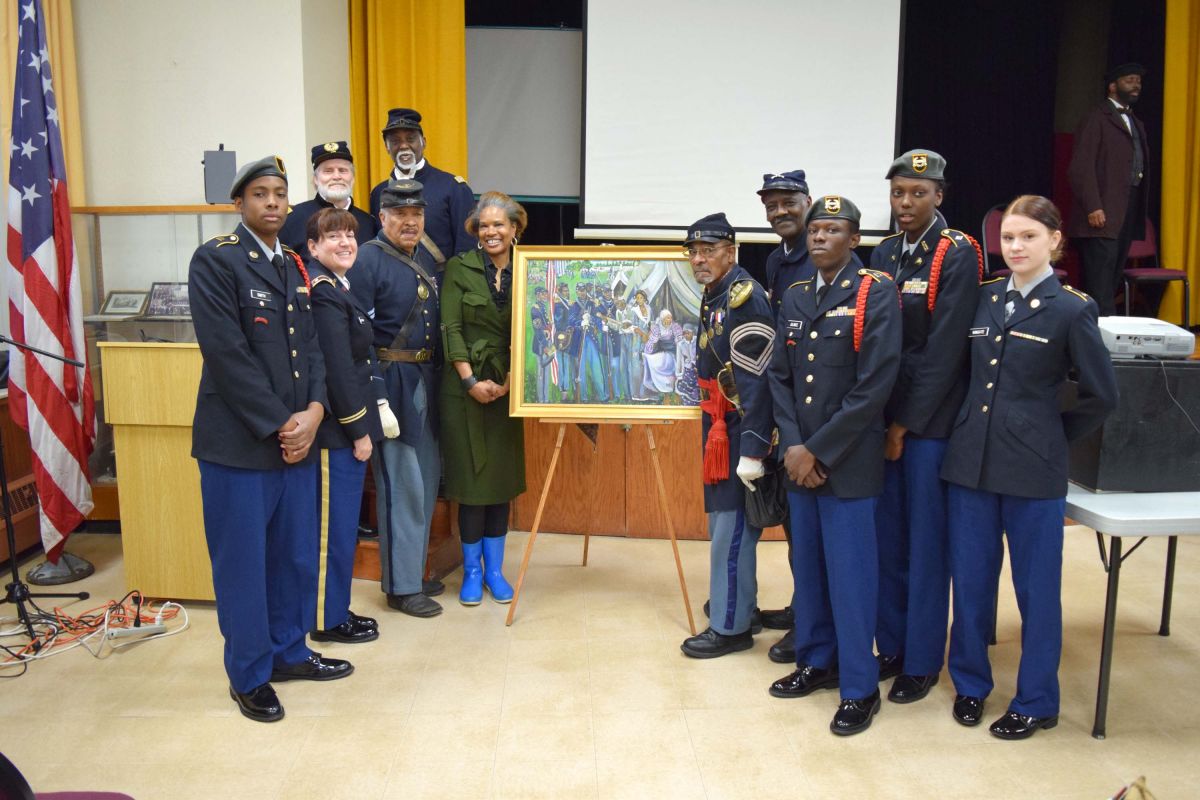 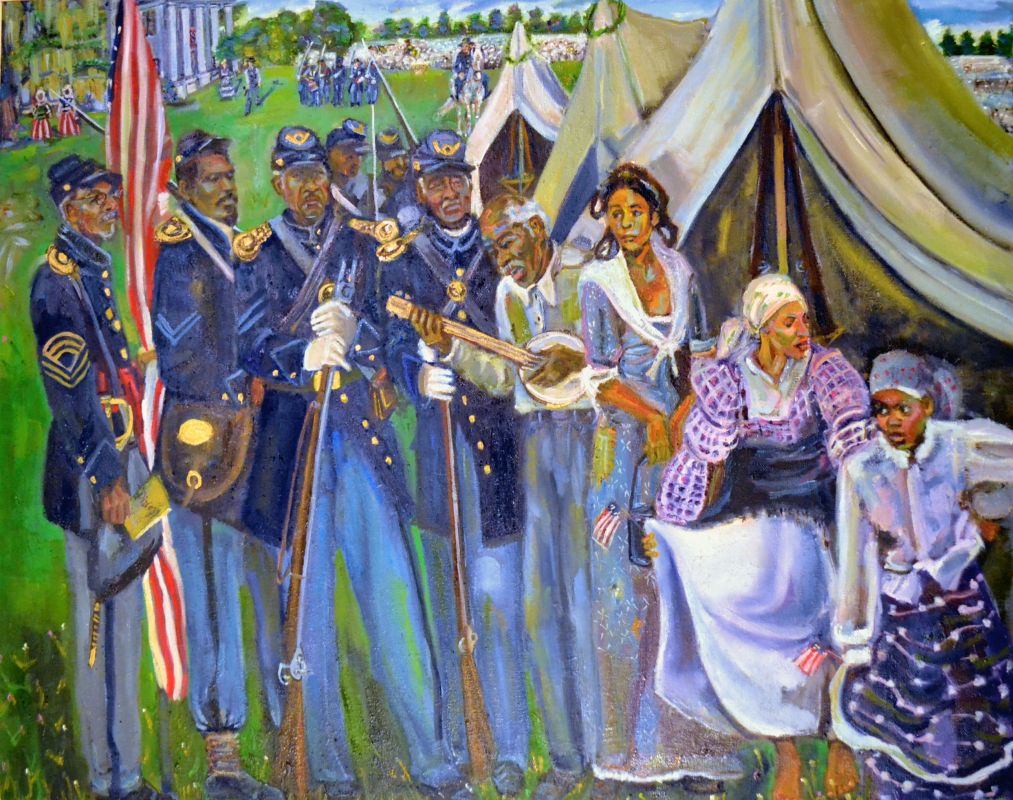