In a testimony to the work of recent Low-Residency MFA students, the oldest auction house in America is showing two alum in their gallery this summer. The exhibition Reflections will be at Freeman's Philadelphia gallery through September 16. From the exhibition text:

"From Pennsylvania Impressionists to some of the twentieth century’s most influential Illustration artists and colorists, many of the artists who garner the most market enthusiasm at Freeman’s began their careers at the Pennsylvania Academy of the Fine Arts. PAFA was founded in 1805—the same year as Freeman’s founding—and is the nation’s first art school and museum.

In a synchronous collaboration between these two Philadelphia institutions, Freeman’s presents Reflections, an exhibition of works in our 2400 Market Street gallery by two PAFA MFA graduates, Navanjali Kelsey and Hong-Bich Huynh Vernon. Featuring paintings and mixed-media works by Kelsey and Vernon, Reflections will be on view at Freeman’s from July 18 to September 16, 2022.

Navanjali Kelsey’s dynamic, colorful works—most of which are works on paper made with watercolor, marker, and/or gouache—have their roots, in the artist’s own words, “in Indian miniature painting, which is rich with pattern and detail.” Works like The Lotus Seed are at once figurative and abstract, calling to mind the sights and sounds of Bihar and West Bengal, India, the regions in which the artist’s parents were raised.

The work of Hong-Bich Huynh Vernon also draws from memory to reflect on family and the passing of time. Selected works from her series Silent Hymns: One Day at a Time on view at Freeman’s “are a tribute to my father, who died in May of last year at the age of 99,” says Vernon, “and reflect on disquieting pandemic stillness and a world in disarray.”

Where Kelsey’s work dwells in the sensory experience of home, Vernon’s asks fundamental questions about the meaning of home itself. Vernon's family fled to the United States in 1975, just days before the fall of Saigon; through drawings, paints, wax encaustic, mixed media, and found objects, she explores both the fragmented memories of being uprooted from home and the process of forging new roots in new places." 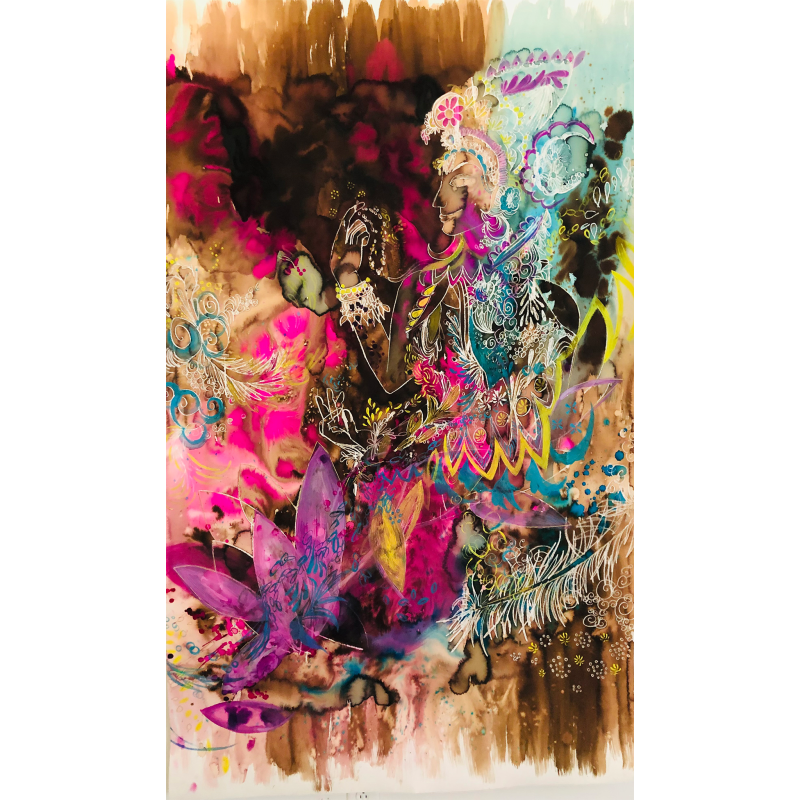 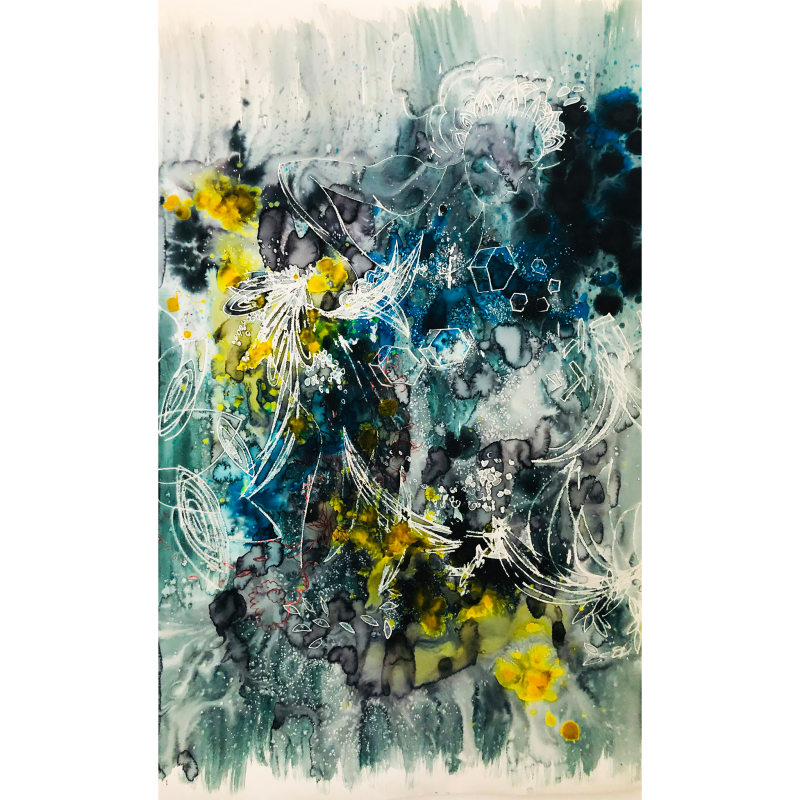 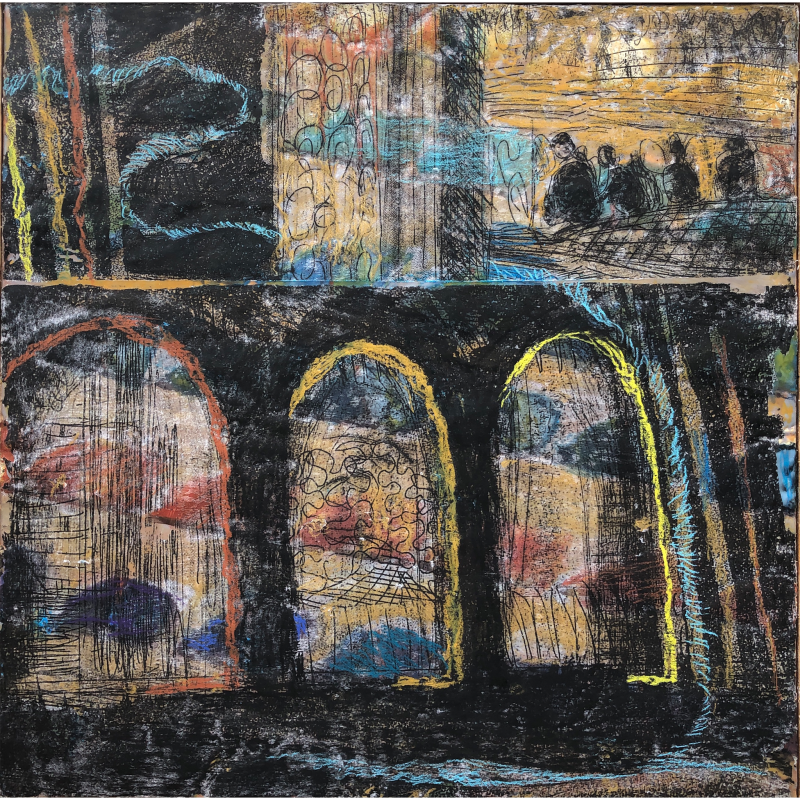 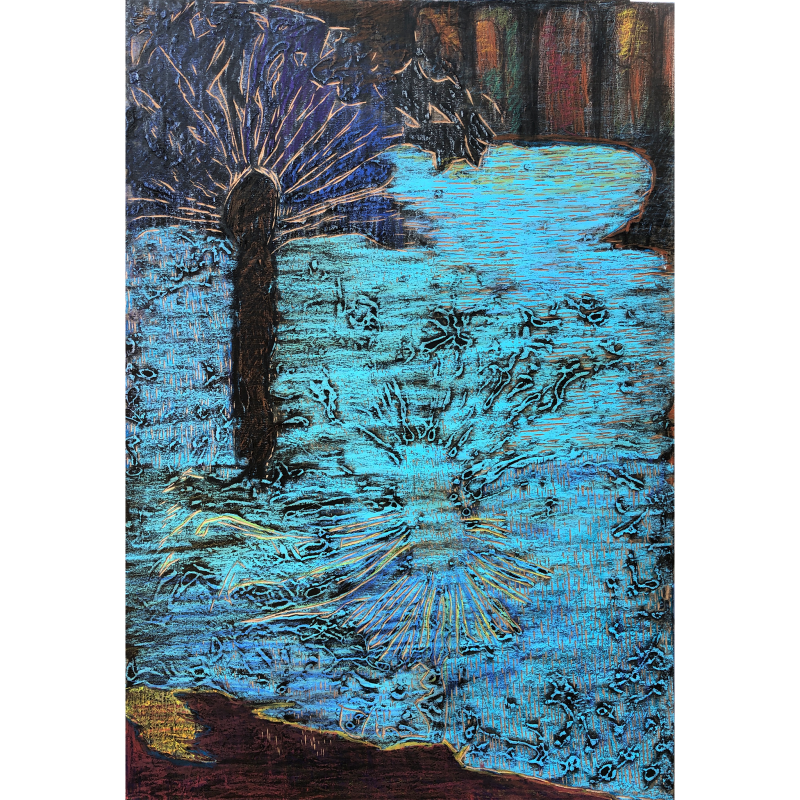