Exploring the Unique Relationship of the Rhodens Through Printmaking

As the stewards of sculptor John Rhoden’s legacy, PAFA’s curatorial team is striving to show more of his work publicly.

In 2018, PAFA took responsibility of more than 275 works by the late African American artist. In addition to Rhoden’s work, PAFA also received $5 million to fund a curator of the Rhoden Collection, a book, an exhibition about Rhoden, a full scholarship for a PAFA student, and the construction of a new performance space.

The newly opened John and Richanda Rhoden Arts Center features 7 sculptures by John Rhoden, And on view in the Maguire Gallery is a series of prints by John and wife and fellow artist Richanda Rhoden.

The prints showcase the relationship of not only a married couple but also two artists who deeply respect each other.

“It’s lovely that they came together in print, not just because of the emotional piece of them as a couple but also the collaborative piece of two artists who really respected each others practice,” said PAFA’s John Rhoden curator, Dr. Brittany Webb. “They came together in this medium that neither of them was working in primarily.”

John primarily worked in sculpture and Richanda focused on painting. Her often-colorful work was inspired by her Native American heritage, modernism, and her teachers, like Reuben Tam.

Before meeting John Rhoden, Richanda worked as a model and art teacher in New York City. She was originally from Washington.

“Her life before she met John was really rich with experience. I imagine this gorgeous woman living in New York City, working as a model and being able to support herself. And by the way, she is also an artist,” Webb said. “She decided to move to New York as a single woman in the 1940s, that was major for the time period.”

The couple married in Italy in the 1940s while John was studying at the American Academy of Rome. The pair traveled extensively throughout their careers and often showed together abroad.

“This comes up in the archives a lot, there will be an article about him exhibiting abroad and they both give lectures in their respective mediums, which is cool to see,” Webb said.

The Rhodens may have shown their individual work together during their lives, but not much is known about the prints they made together. Webb is hoping to solve some of the mystery surrounding the set of prints in PAFA’s collection.

When and where the prints were made are still unknown but the influence of John and Richanda Rhoden on the work are easily seen.

“Richanda brings color and composition to the prints they made together and John is interested in metal and iridescence,” Webb said. “There are images in the prints that look like a photo of transfers of John’s sculptures. They come together as collaborative artists in these prints.” 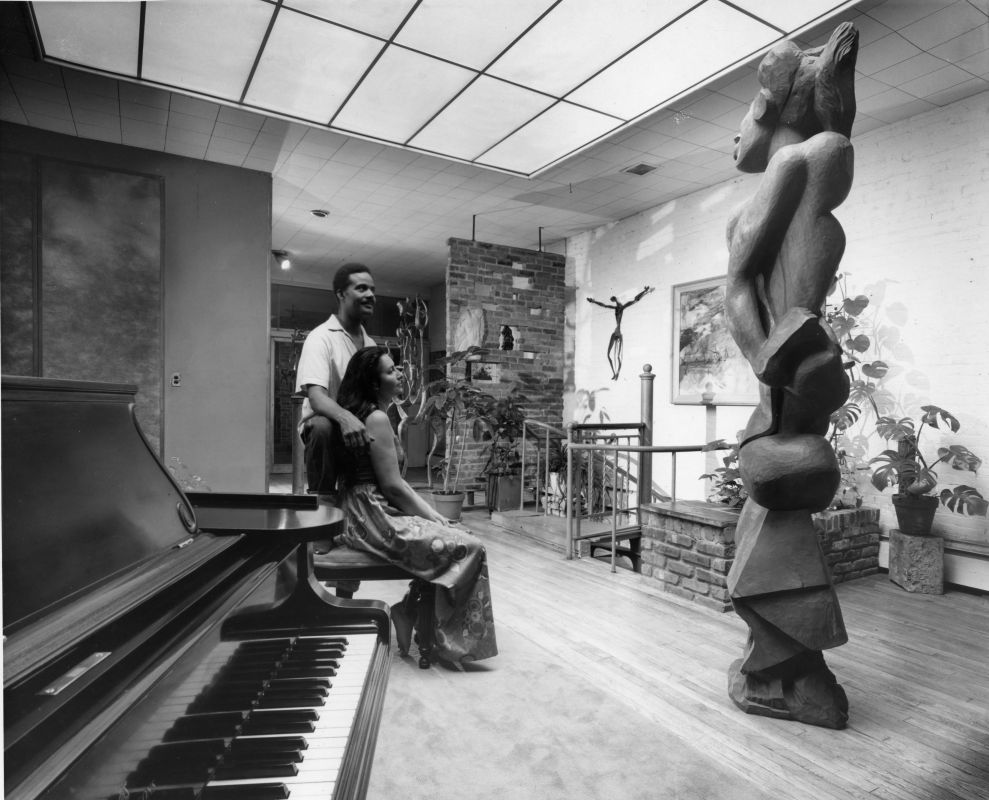 John C. and Richanda Rhoden in their home. 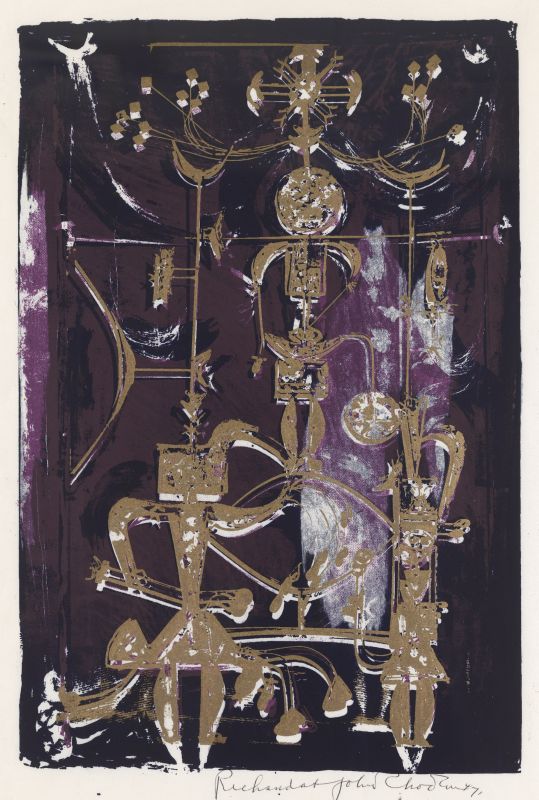 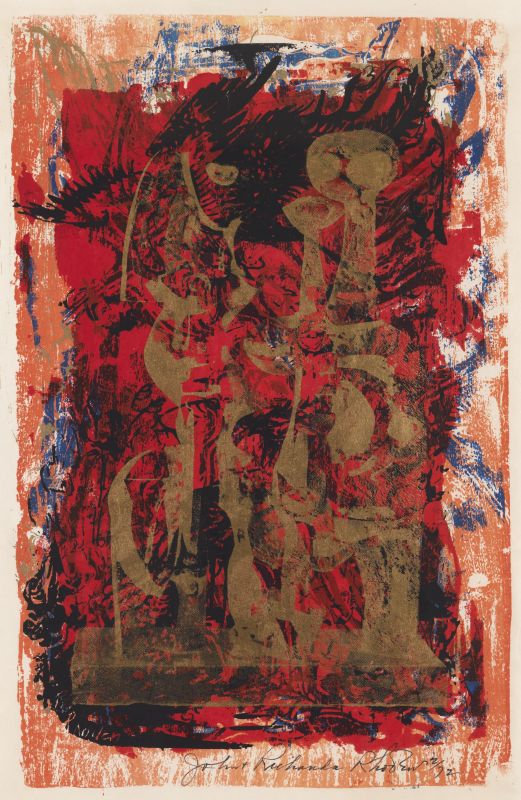