Have a seat on the bench in front of Daniel Flinchbaugh’s paintings at this year’s Annual Student Exhibition and take in the Philadelphia landscape.

“You can have this entire experience where you can connect with the landscape in the middle of Center City Philadelphia, where we live in an urban forest,” Flinchbaugh (BFA ’19) said.

His ASE wall will be covered in more than a dozen paintings depicting scenes around Philadelphia. Even the frames for his paintings are a dedication to the city.

“I built all of the frames out of poplar wood because poplar was the first tree that was used in the 1840s to rejuvenate our local parks.”

The bench in front of Flinchbaugh’s work isn’t only a place to rest while taking in his art. It is a piece of art itself.

The Annual Student Exhibition (ASE) has been a tradition at PAFA for more than 100 years and is the culminating event in a student's journey at PAFA. Each spring, 4th year BFA and graduating MFA students have the opportunity to curate, install and sell their own works in the PAFA museum galleries.

PAFA students create more than 1,000 paintings, sculpture, works on paper and installations. It is one of the most celebrated student group shows in the country. The ASE is an opportunity for graduating students to bring together all that they have learned at PAFA.

Flinchbaugh initially came to PAFA after transferring from Bucknell University. He originally expected to focus on figurative sculpture, but a field trip during a landscape painting class changed him.

“We went out to the Wissahickon Creek and I painted the waterfall. I just remember painting and the feeling was awesome,” he said.

He then spent the next four years exploring Philadelphia and trying to capture the look and feel of the city. Now as he prepares to graduate, Flinchbaugh is making plans to design what Philadelphia looks and feels like in the future.

To design Philadelphia’s future, Flinchbaugh is going to the University of Pennsylvania for a Master’s in Landscape Architecture. Graduating from the Academy and moving on to a rigorous Master’s program doesn’t mean he is stopping his art practice.

“A lot of people were asking if I’m leaving my art behind and for me, this is a continuation of the path I’ve been on,” he said. “I see art influencing architecture, and my architecture influencing my art. In a way, they’re pretty much the same thing.”

He has big plans for a future career in architecture. Instead of designing backyards or taking on smaller projects, Flinchbaugh sees landscape architecture as an opportunity to define what cities are for the next generation.

“My work right now is really about coastlines and cities dealing with sea level rise. I am really interested in coastal resiliency and how we’re going to withstand the future, the uncertain future,” he said. “Cities like Philadelphia, New York, and Miami, they will all have to deal with sea level rise in the coming future, so what are we going to do?”

By preparing for a city’s future, Flinchbaugh also wants to bring more of the natural aspects common in the past into the urban present.

He points to his study abroad experience in Copenhagen as an example of nature interacting with a city landscape and the benefits he saw for citizens.

“All of a sudden something clicked. I saw how their society connects to the landscape,” he said. “A lot of their quality of life is because they have that connection to the landscape.”

Starting with his ASE wall he wants Philadelphians to reconnect with the landscape around them.

“These paintings are looking at how we relate to landscape and finding the beauty,” Flinchbaugh said. “Each one you can have an intimate moment with but then they’re all going to be together on the wall telling a story of the water in Philadelphia.” 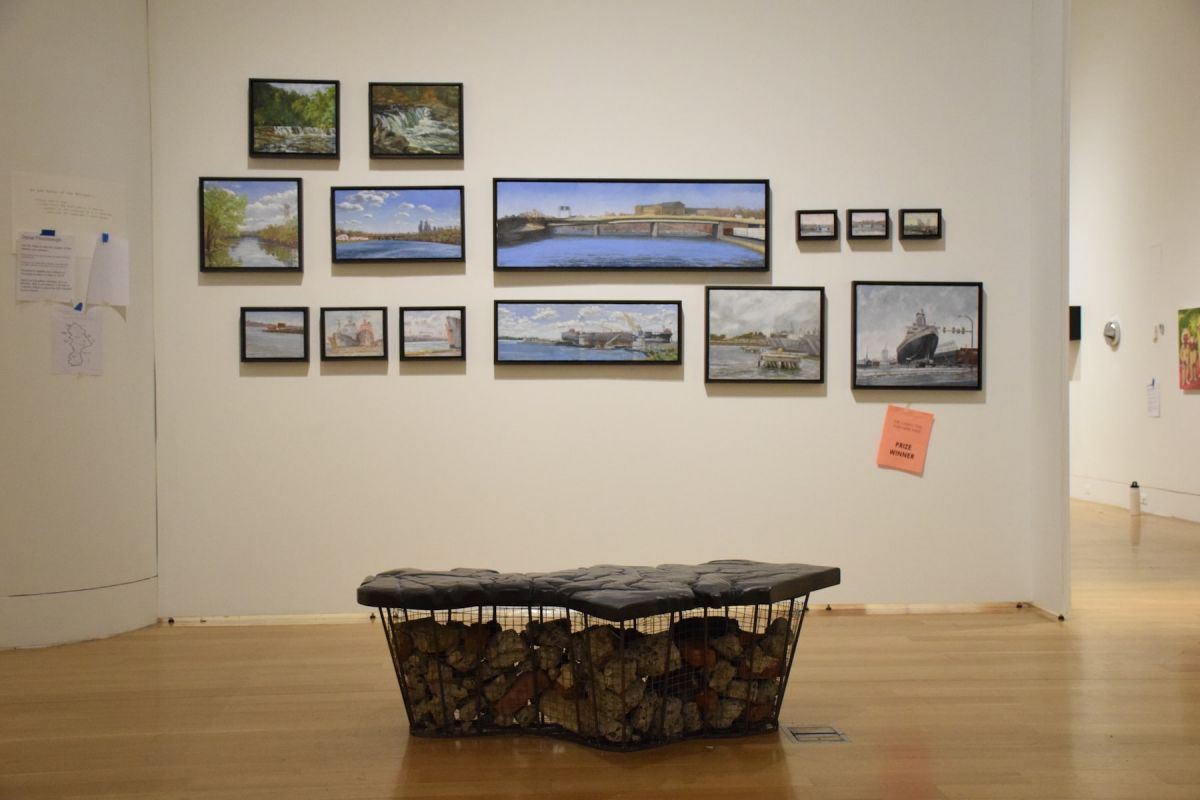 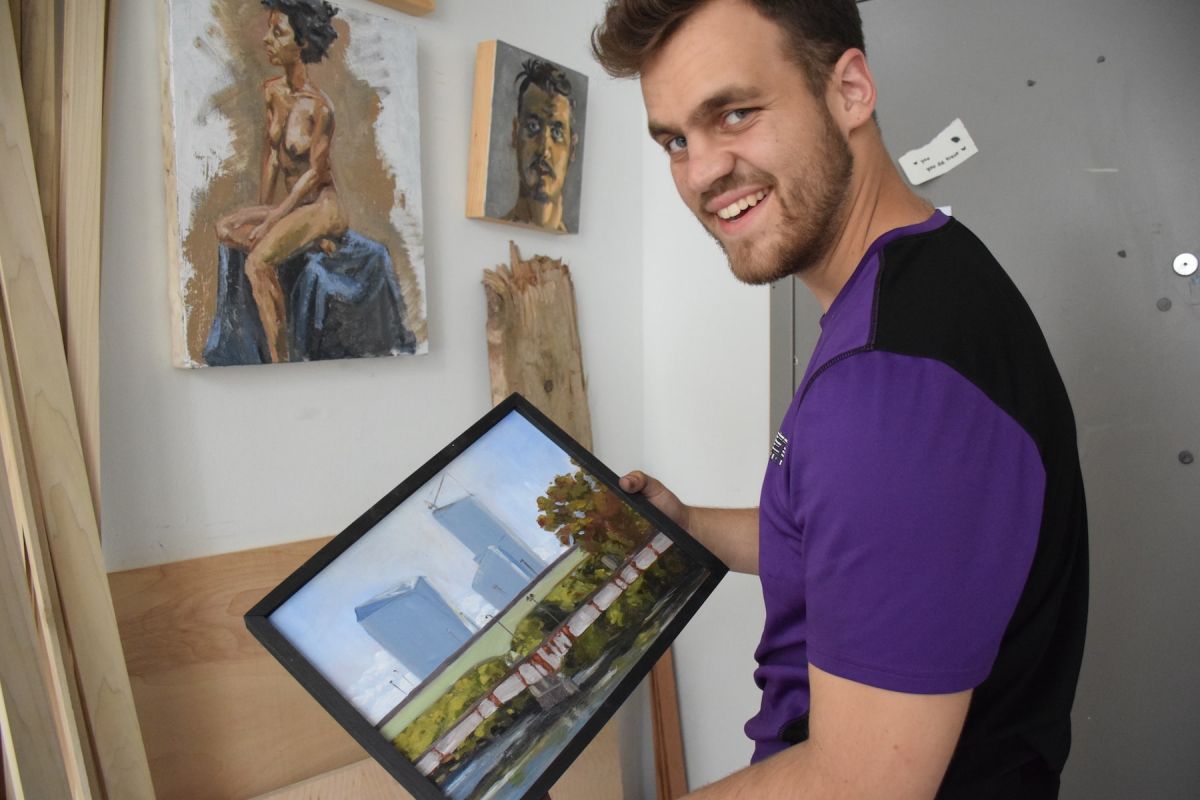 In the studio with Daniel Flinchbaugh (BFA '19).