Contemporary exhibition challenges the concept of the male gaze

John Vanderlyn’s Ariadne Asleep on the Island of Naxos feels at home in the Salon Gallery. The more than 7 foot wide work was painted over five years in the early 1800’s and perfectly fits with the 19th-century style of the Salon-Style walls.

“How the gallery looks now with the floor to ceiling objects is an approximation of the way the room would have hung in the nineteenth century,” said Dr. Anna O. Marley, PAFA’s Curator of Historical American Art.

The painting was one of the first nudes ever exhibited in the country. When it was exhibited in New York and Philadelphia in the 1800’s people waited in long lines to see the oil painting, and groups protested the work.

“We’re talking about that sort of white, male, often straight gaze of people talking about a woman’s body,” said contemporary curator Jodi Throckmorton. “One of the things that I wanted to show is the number of artists self portraits we have in the collection. There has been a real resurgence in figuration in contemporary art and it’s a big part of the history of PAFA.”

While a lounging Ariadne portrays a very classical but sexual pose, with her body for the viewer’s sexual enjoyment, across the room Daddy Likee? by Kukuli Velarde is sending a very different message.

“The painting is her 50-something-year-old body at post-child. She is staring right at you like a dare,” Throckmorton said. “Whereas Ariadne is very sexy.”

The paintings and figures are almost the same size and sit across from each other in the gallery.

“How does it feel for us to be confronted by Kukuli’s eyes knowing that this is her body, painted by her? Versus how we feel when we look at Ariadne,” Throckmorton asks visitors.

The conversation around gaze continues along the Salon Gallery’s northern wall with portraits featuring sitters looking ahead, shifting downward, then inward, and eventually shielded from view. The exhibition path then closes with paintings from Anne Minich and Barkley L. Hendricks - two self-portraits depicting the artist’s eyes as covered, denying eye contact.

“Mickalene Thomas is talking about portraiture and trying to show how she can challenge the traditional representation of who was represented in museum spaces,” Throckmorton said. “We’ve been doing that in various ways when you walk around PAFA. We’ve been thinking a lot about how the historic and contemporary intersect.” 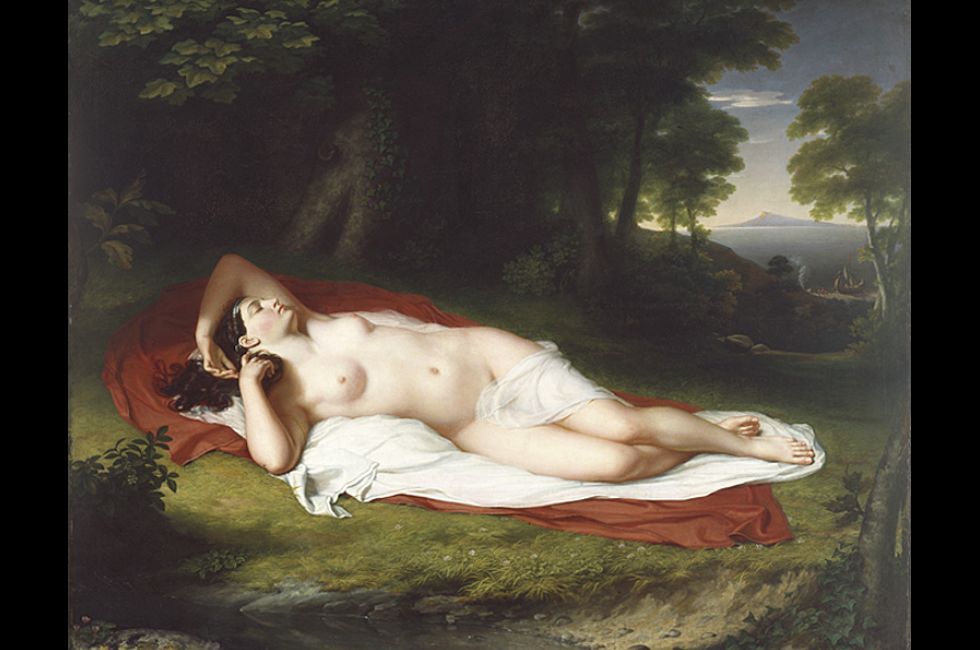 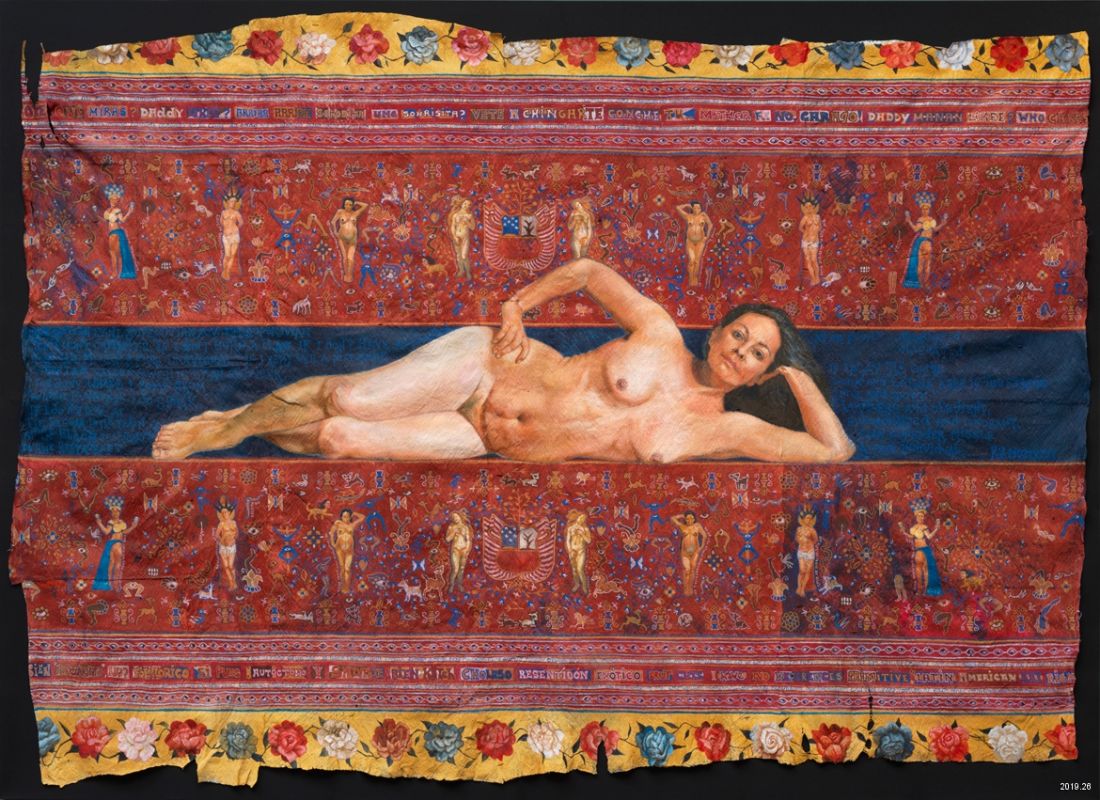