Charles Mason III '19: Showing His Work Beyond the Walls of PAFA

It’s been a long road but Charles Mason III (MFA ’19) is about to graduate with his MFA.

Mason originally enrolled at Parsons School of Design in New York City in 2014. But the fatal shooting of Michael Brown Jr., an 18-year-old African American man, by 28-year-old Ferguson police officer Darren Wilson in the city of Ferguson, Missouri made Mason reconsider how he should be spending his time.

“I left Parsons because I wanted to protest and be out in the world,” he said.

Eventually Mason came back to the idea of a graduate program and found PAFA while searching lists of art schools. In the two years at Philadelphia, Mason’s work has shifted. His art has always centered on race but the way he expresses that has changed.

“The work I was making before PAFA was more literal about the black experience with black identity. It was a lot of anger. It was very literal. It was very specific,” he said. “Being here has taught me the importance of ambiguity and vagueness. I don't need to be polite in what I'm saying. I don't need to spell out everything that I'm going through as a person of color in the USA.”

Being more abstract and ambiguous is necessary for Mason and his art because he says there is no one way to describe the experience of a black person.

“I can have a person look at something and they don’t realize I'm talking about the person looking at it or something like that,” he said. “It's some trickery, that's kind of what painting and photography and all these things are. Good artists are kind of like tricksters, even what they say isn't really what it is, because there’s this shield of protection with their art.”

Even though the message isn’t always obvious in Mason’s work, he wants as many people as possible to see his art and try to figure out what he’s saying.

“The hardest part about being at an art school is that you're always surrounded by artists. I can show someone who isn’t an artist a thing and its brand new, they see all these potentials things that are happening,” he said. “But an artist is already critiquing it the moment they see it.”

One artist he is always welcoming a critic from is PAFA MFA critic and professor Kate Moran. Mason saw Moran as a guiding force him over the past two years.

“There's something so poetic about her and I don't know what it is. Some people you just know they're good for you,” he said. “Even if you don't like what they say all the time, even if you don't agree, something about that person is that thing you need. She’s the true MVP of PAFA, she is a force to be reckoned with.”

For his upcoming MFA thesis presentation, Mason will exhibit at Spillway Collective, located in the Crane Arts Building.

He is choosing not to participate in the Annual Student Exhibition. He is opposed to aspects of the exhibition and views his show at Spillway as his finale to his time at PAFA.

“I'm an agitator, and you’ve kind of got to follow through with agitation. You can't just say one thing and then not do the thing that you said. That wouldn’t have sat well with me. I probably wouldn’t have done anything if didn’t have this space at Spillway.”

His currently untitled exhibition is a collection of seven photographs and a book of poetry. The images have squares on them, which he is calling interruptions and are cultural thoughts in his mind. 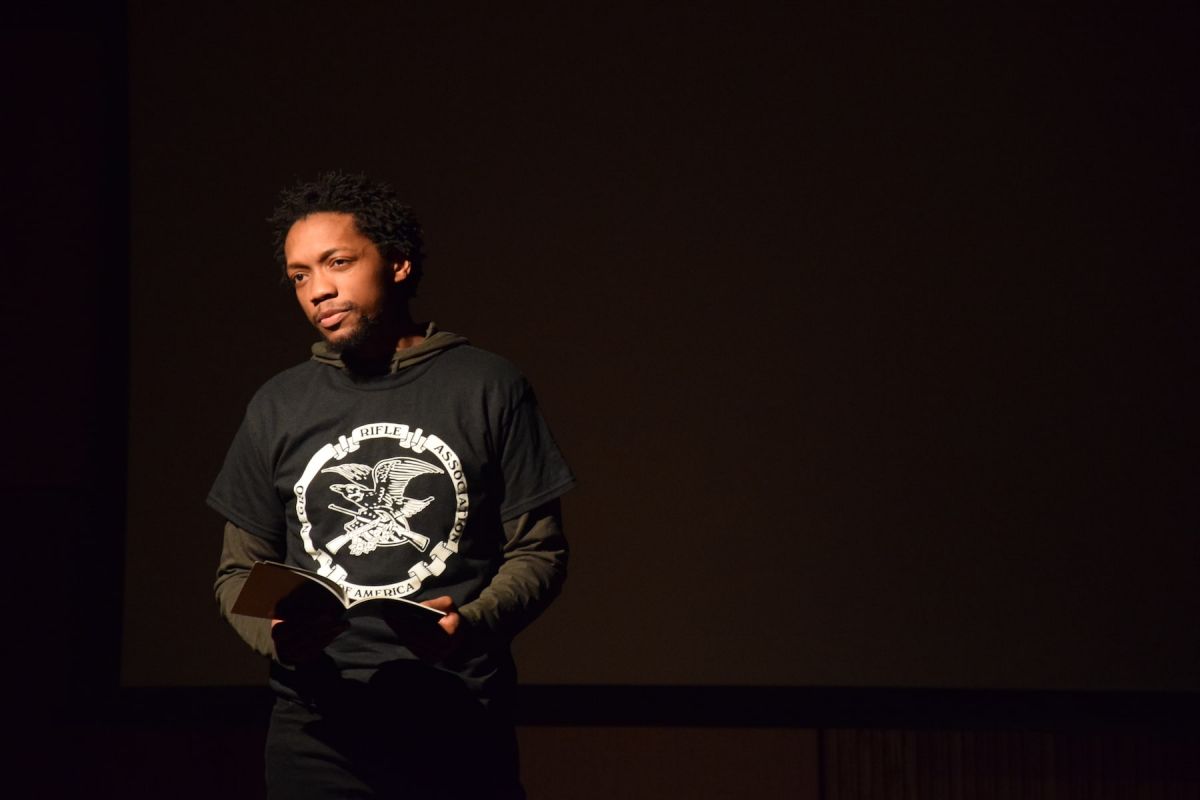 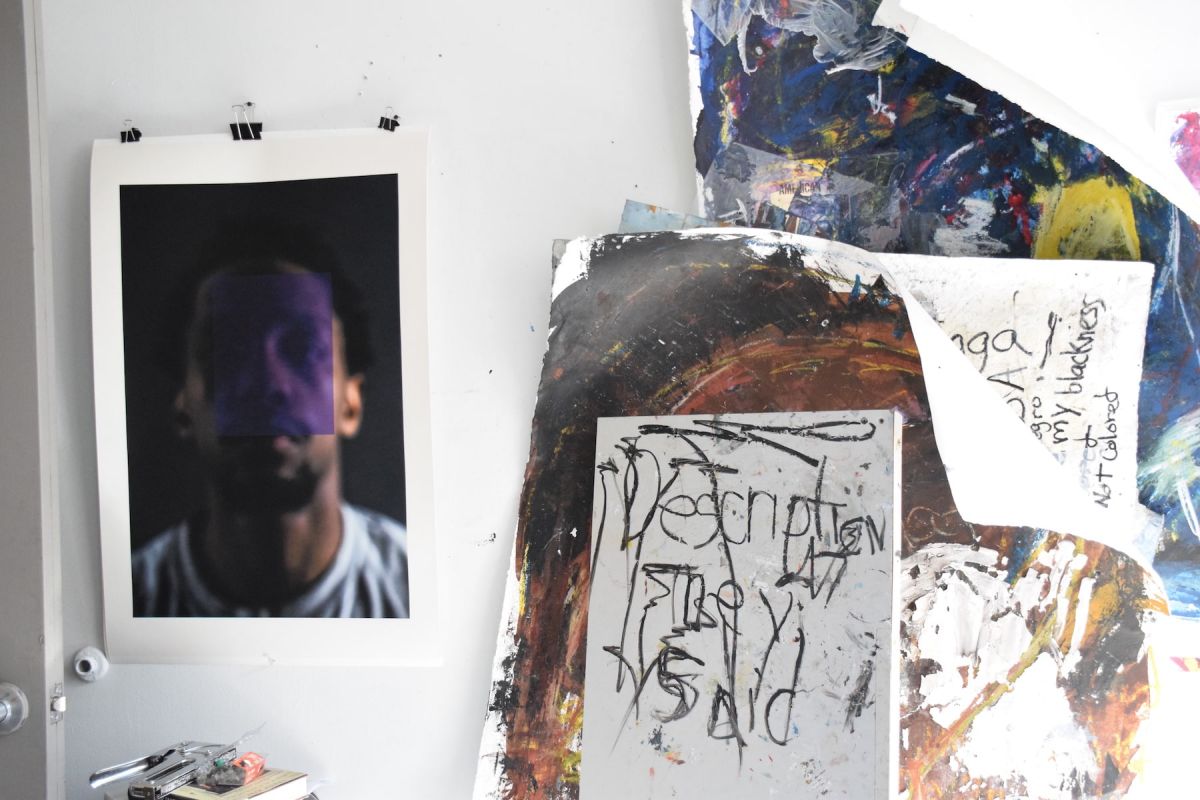 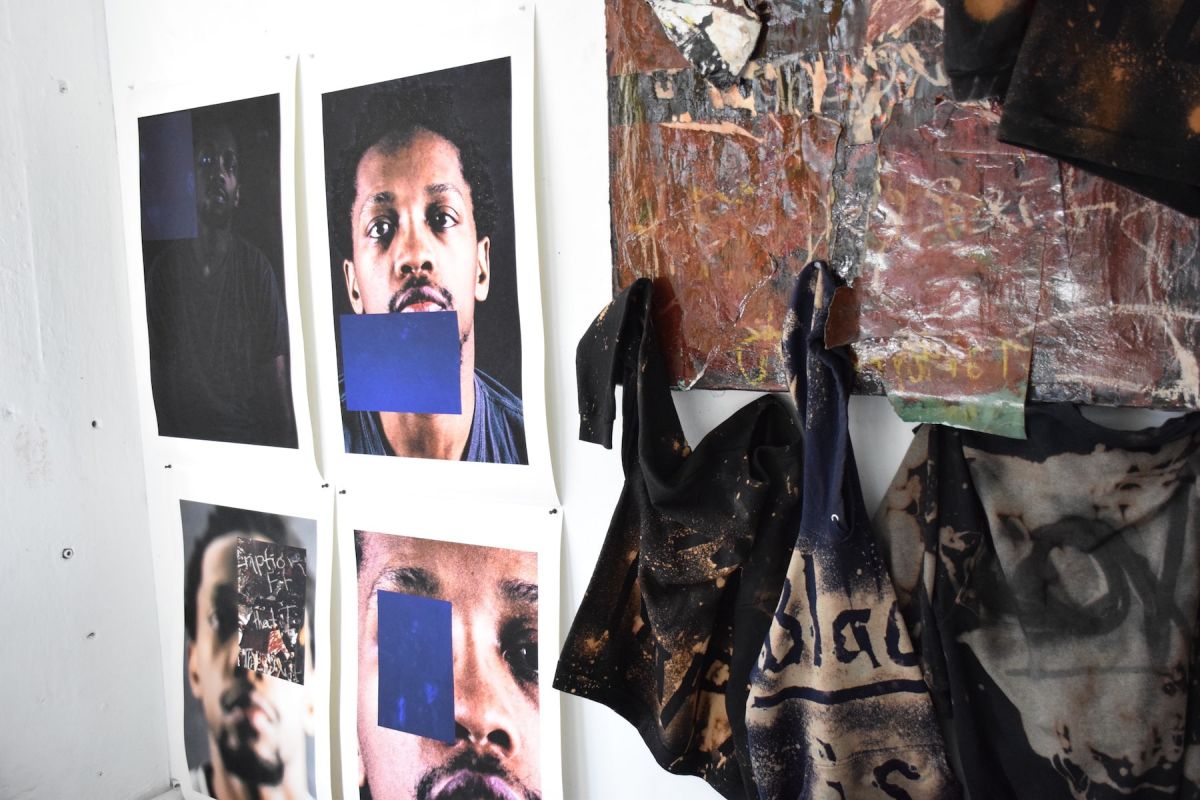