As part of our new safety measures, please reserve your tickets in advance and enjoy a contact-free check-in experience. Our tickets are date specific, but we do not require that you select a particular time, so you are free to enter at your leisure. As a thank you for pre-registering, tickets reserved in advance include a 10% coupon for use in PAFA's Museum Store.

Also, check out the Planning Your Visit page for answers to our most frequently asked questions, book a group tour, or find out about reciprocal memberships, University and Library memberships and other discount programs. If you're visiting with little ones, you may also want to read out our FAQ for family visits.

Throughout the year, PAFA presents special exhibitions, an outstanding permanent collection, and work by the region's most talented artists. Visit our galleries in the Historic Landmark Building, the Samuel M.V. Hamilton Building, as well as Maxfield Parrish's The Dream Garden at the Curtis Center. 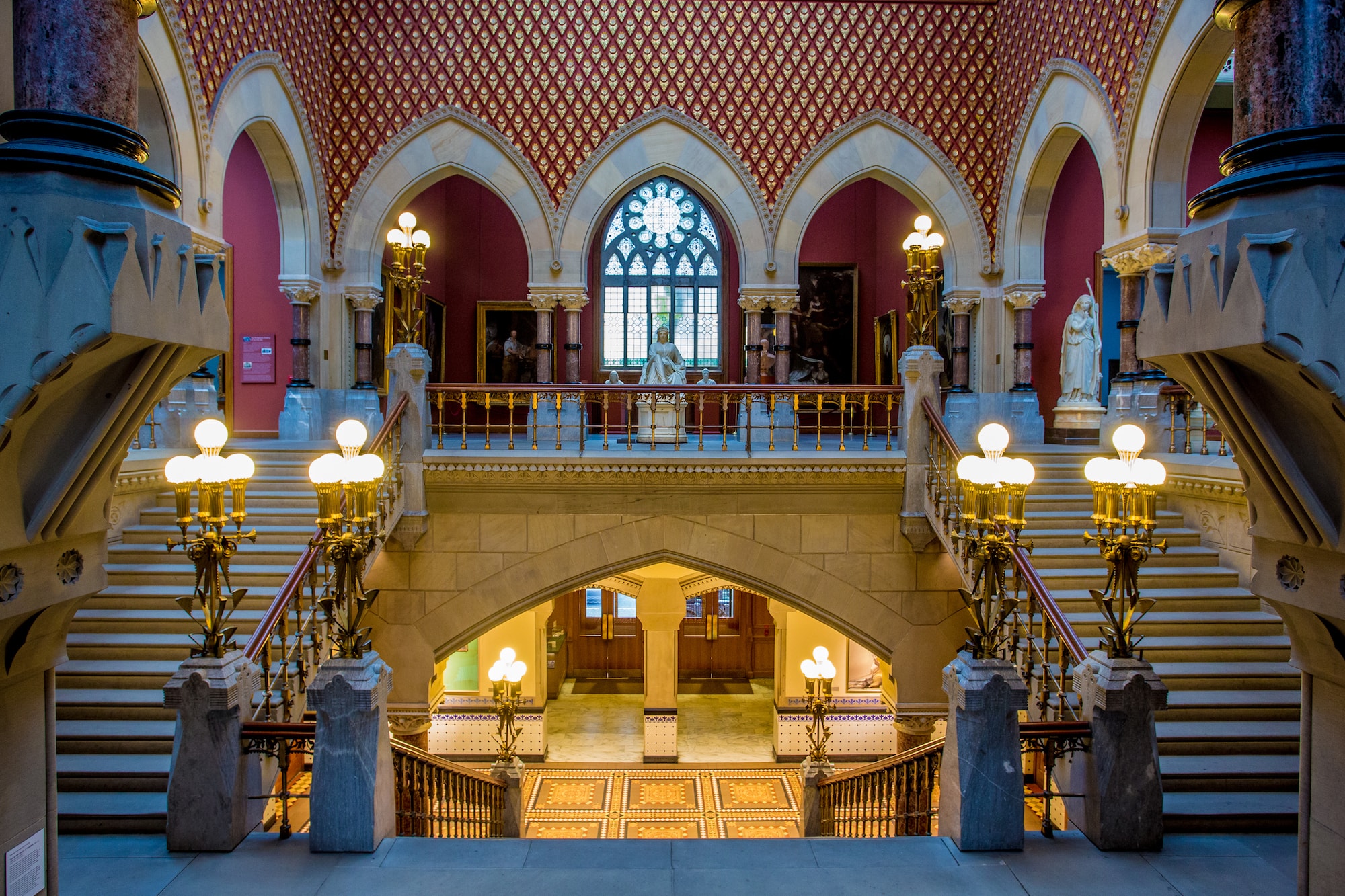 PAFA’s Historic Landmark Building (HLB) is considered one of the finest surviving examples of Victorian Gothic architecture in America. Built by the Philadelphia firm of Frank Furness and George Hewitt, the HLB rises 70 feet above street level, and opened to the public on April 22, 1876. The HLB houses exhibition space, as well as classroom space for the School of Fine Arts, in addition to historic Cast Hall. 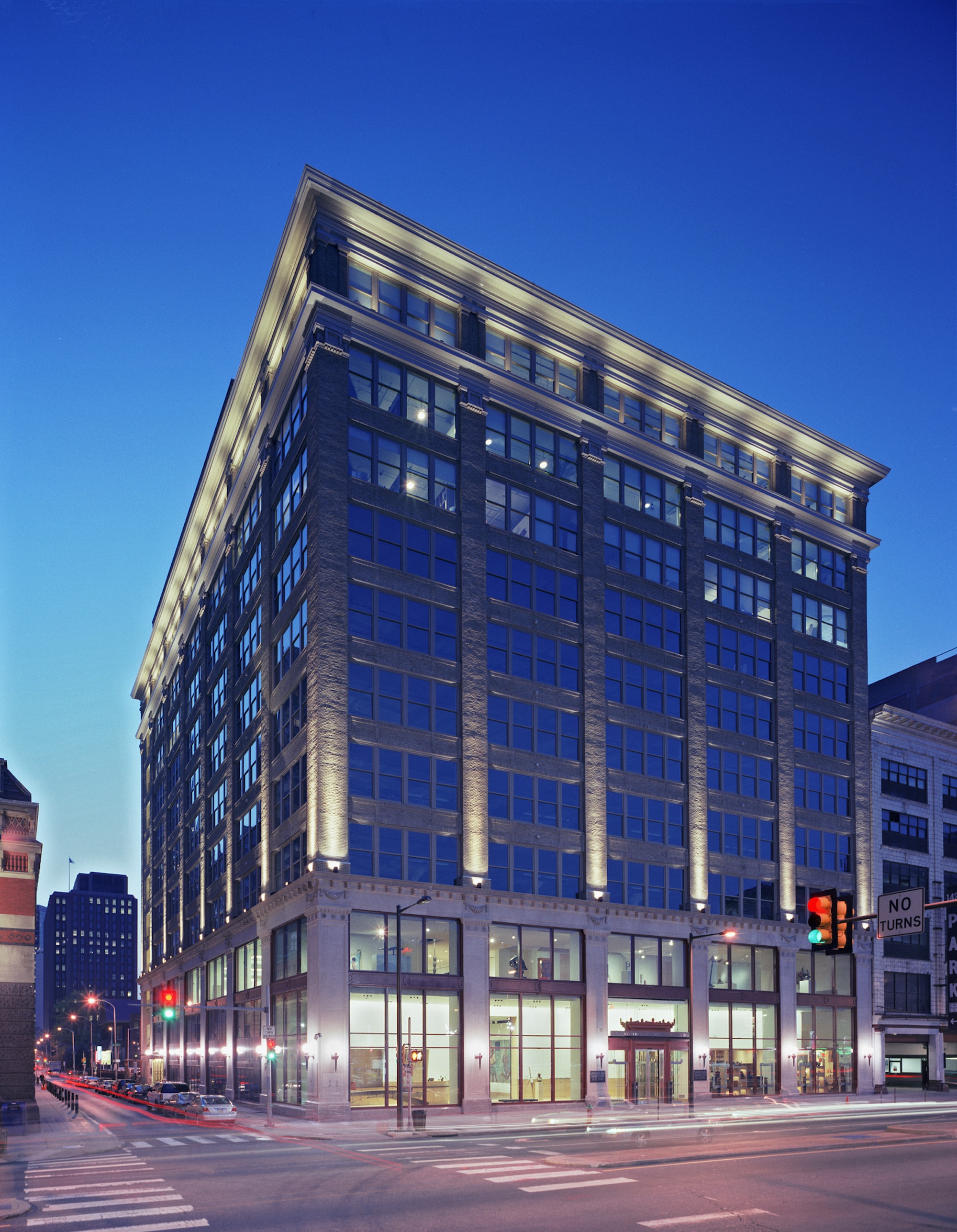 Built in 1916, the Samuel M.V. Hamilton Building (Hamilton) was originally home to the Hudson Motor Company. PAFA acquired the building in the early 2000s and formally renamed it in honor of board member Samuel “Sam” Hamilton (1924-1997). The Hamilton Building is home to the School of Fine Arts, as well as special exhibition spaces on the first, second, and basement floors. 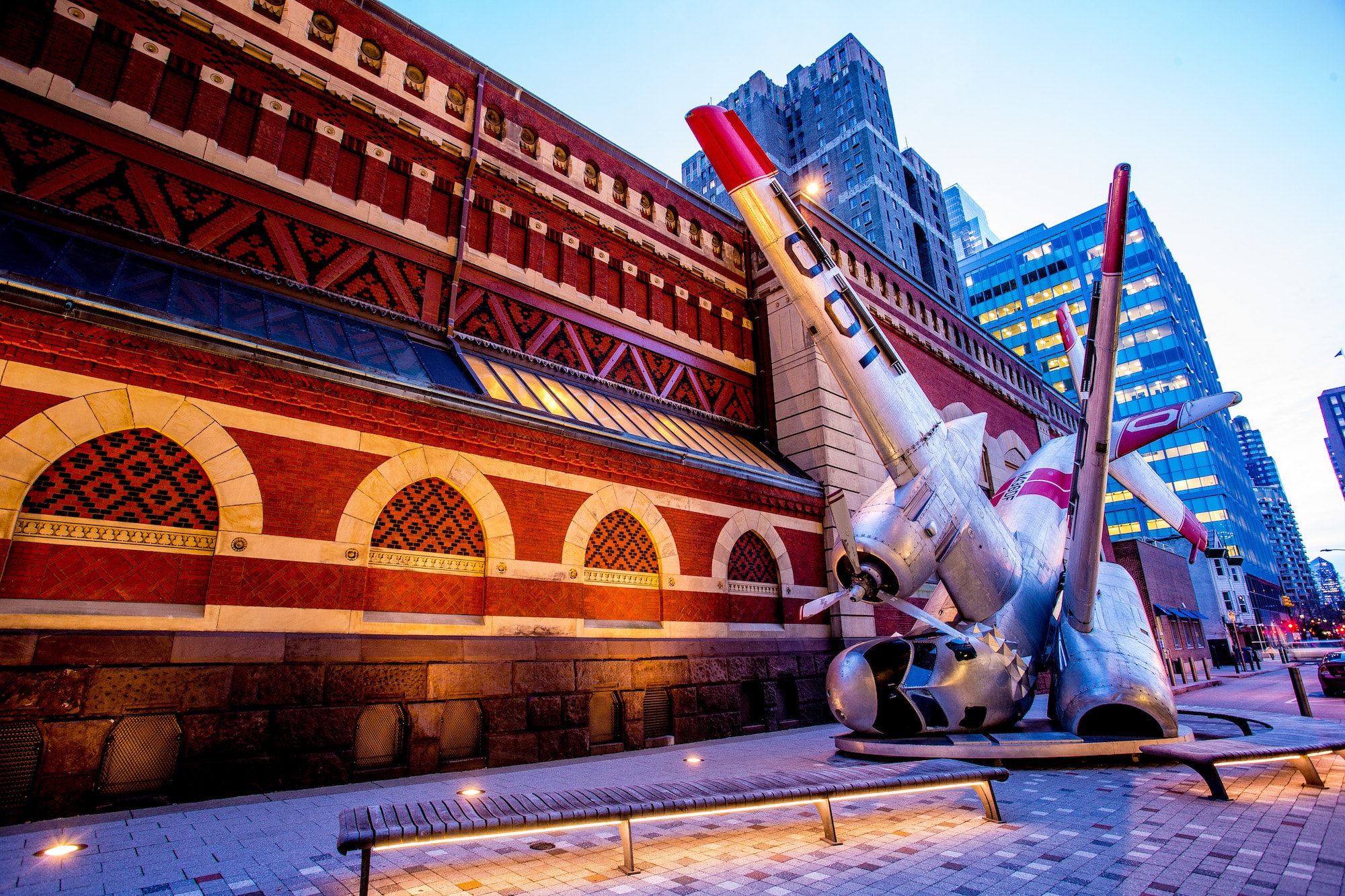 Located between PAFA's Historic Landmark and Samuel M.V. Hamilton buildings, the plaza was constructed in 2011 and is open year-round. It features a three-part serpentine bench, mosaic pavers, plantings, and rotating works of emerging and established artists in an urban setting. Claes Oldenberg's Paint Torch (2011) is situated at its eastern end overlooking Broad Street; Grumman Greenhouse by Jordan Griska '08 is located at the opposite end.

Dream Garden at the Curtis Building

Designated as the City’s first “historic object” by the Philadelphia Historical Commission, artist Maxfield Parrish's (1870–1966) landmark mural The Dream Garden (1914–1915), is a breathtaking mural not to be missed. Composed of hundreds of thousands of irreplaceable glass tesserae in more than 260 color tones, Dream Garden was the only collaboration between Maxfield Parrish and glass master Louis Comfort Tiffany, and commissioned by Cyrus Curtis to adorn the lobby of the Curtis Publishing Company.