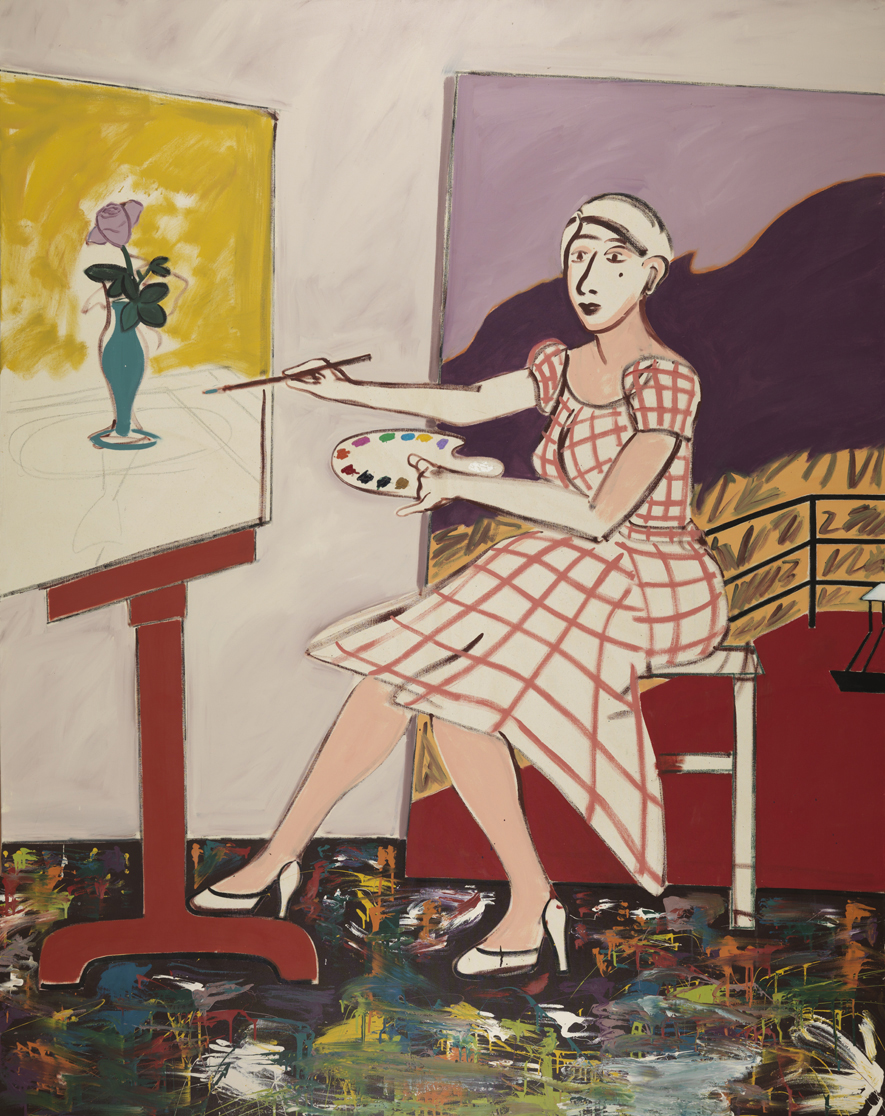 Self-Portrait, 1977 is one of the most monumental self-portraits that Joan Brown painted in the 1970s in terms of scale and importance to her career. Brown was one a prolific painter in the San Francisco Bay area of the second generation of Bay Area Figurative Movement artists. Her works, such as Self-Portrait show the influences of her training with Elmer Bischoff, in the lineage of avant-garde painters, such as Mark Rothko, Clyfford Still, and Richard Diebenkorn. Their abstract expressionist handling of color, with immediacy and vibrancy, would later influence Brown through her instructor Bischoff. Throughout the 1960s Brown honed her figurative style in thick impasto that incorporated cartoonish figures. This would gradually shift in the 1970s, as she experimented with autobiographical subject matter and the incorporation of spiritual beliefs that she renders in a more restrained layering of paint, often in flat planes of color, as seen in Self-Portrait, 1977. Her brushwork in the work varies, however, as seen in the floor splatters and yellow surrounding the vase, evincing her earlier innovations with thick impasto paint and an abstract-expressionist mode. In many ways, this work is a pivot between her early work and middle period. The background, behind the figure of Brown emphasizes this shift, as Joan’s 1976 work, The Kiss, provides a type of illusionary landscape. The Kiss, 1976 is one of Brown’s most forthcoming perspectives into her personal life, as numerous scholars speculate that it is a self-portrait of Brown wrapped in the arms of her lover among the mountains. In Self-Portrait, only the mountain terrain is visible behind the figure, providing further abstraction to the scene from which Brown, the artist, carefully articulates a still life work. This juxtaposition between abstraction and figuration embodies Brown as a painter and is displayed in Self-Portrait to full effect.
Artist
Joan Brown
Date of Birth
(1938-1990)
Date
1977
Medium
Oil on canvas
Dimensions
84 x 72 in. (213.36 x 182.88 cm.)
Accession #
2018.47
Credit Line
Museum Purchase
Copyright
© Estate of Joan Brown, courtesy of George Adams Gallery, New York
Category
Painting
Subject
Self-Portrait
On View
No
On Loan
No 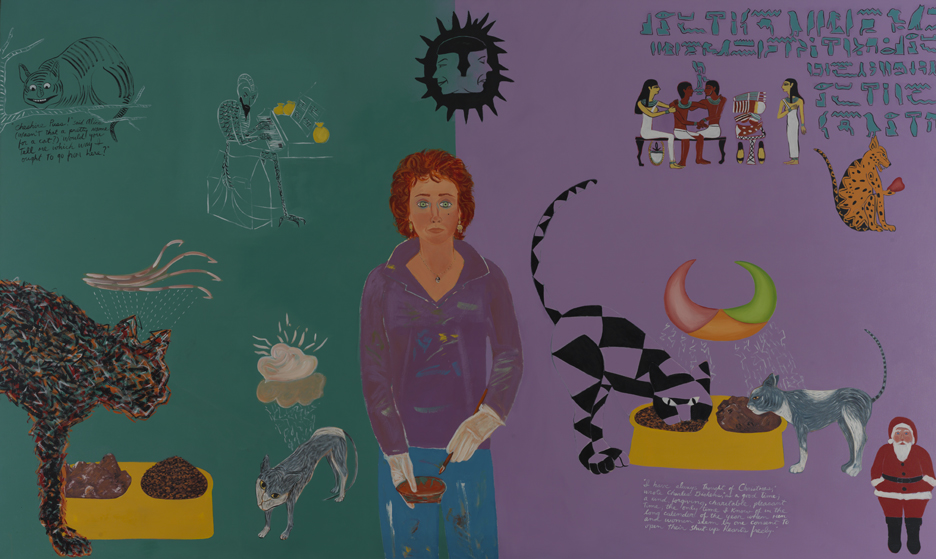 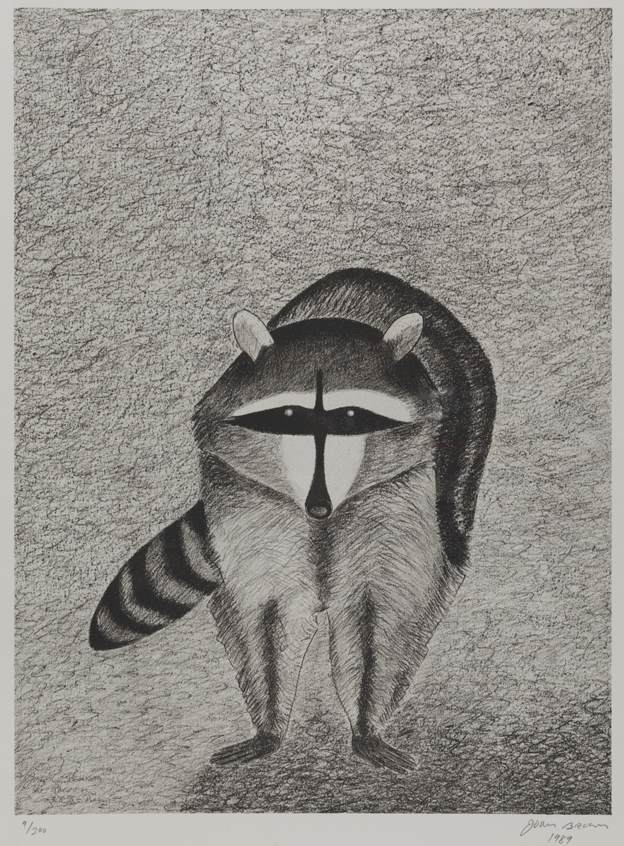 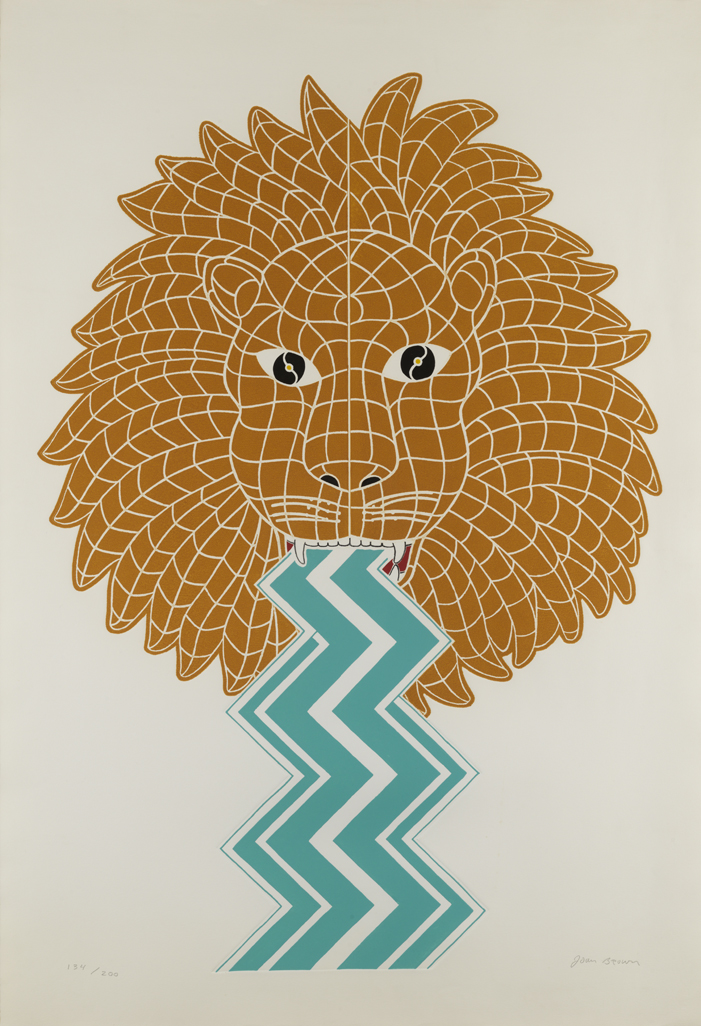 The Lion at Arlington Park 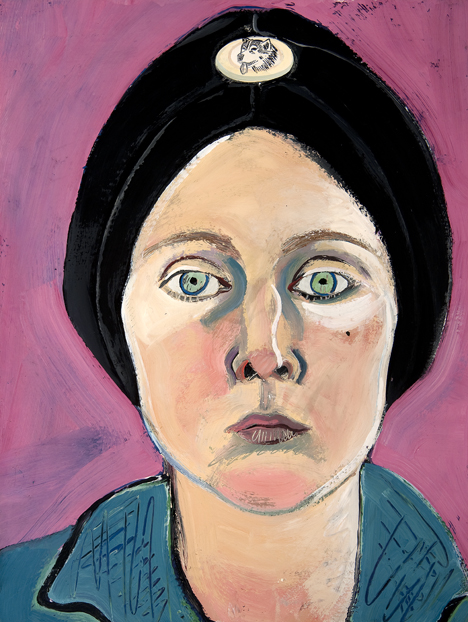