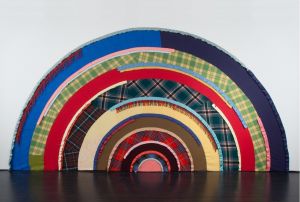 In her book, Feminist City, urban geographer Leslie Kern exposes the social inequalities built into our cities, homes, and neighborhoods, all hidden in plain sight. In this three-part series join Kern as she offers an alternative vision of city planning, particularly focusing on what it’s like living in public spaces not designed for female bodies and how artists can help us reconsider our urban environments.

Despite the dominance of male-centered urban planning, women have long generated their own visions for homes, neighborhoods, and cities that would facilitate women’s education, financial independence, safety, and freedom from domestic drudgery. This week we’ll look at examples of feminist housing and neighborhood plans; the work of women like Jane Addams; and anti-suburbanization feminist visions. We’ll think about the reasons why these visions have rarely come to pass. We’ll also consider how a white, middle-class, heterosexual centered perspective limited the emancipatory potential of feminist urban dreams.