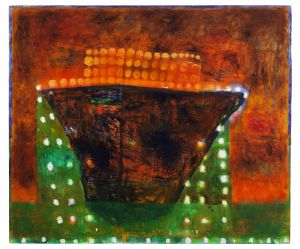 Katherine Bradford is an intuitive painter and object maker, best known for her luminous, tactile paintings of ships, swimmers and divers. She received her MFA in painting from SUNY Purchase. For 16 years, Bradford was on the MFA faculty at PAFA from 1997 until 2013. She is a New York artist represented by Edward Thorp Gallery and has a studio in Brooklyn. She has exhibited her work nationally in numerous solo shows. In 2011 she received a Guggenheim Fellowship and an American Academy of Arts and Letters Award. In 2012 she received a Joan Mitchell Foundation Grant.