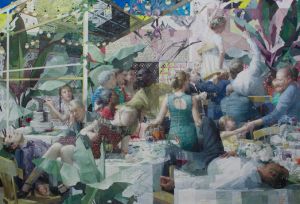 Zoey Frank (b. 1987, Boulder, CO) received her MFA in painting from Laguna College of Art and Design after completing an atelier training with Juliette Aristides at Gage Academy of Art. She has received numerous honors and awards, including three Elizabeth Greenshields grants, the Avigdor Arikha Residency Scholarship. Her work has been featured in publications such as Fine Art Connoisseur, American Art Collector, International Artist Magazine, Artist’s Magazine, and Southwest Art. Frank exhibits her work in galleries across the United States, England, and The Netherlands.