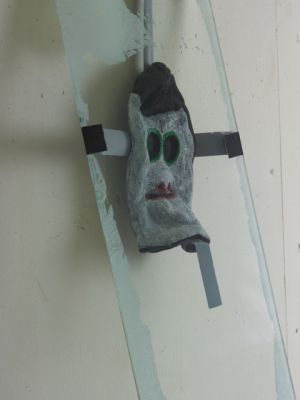 Duncan Hewitt is a sculptor. He remakes and replaces things that are important to him. They reappear as touchstones that exist in real and imagined space and are both sculptures and objects. Most are made of carved and painted wood.

Hewitt was born in New York City in 1949 and grew up on Long Island. He attended Colby College and graduate school at the University of Pennsylvania. He lives and works in the Portland area of Maine. His work has been shown with prominent 20th century artists such as Joseph Beuys, Joseph Cornell, Isamu Noguchi and 21st century artists including, for example, Susan Collis, Vik Muniz and Nina Katchadourian.

He is associated with the ICON Gallery of Contemporary Art in Brunswick, Maine. In addition to his ongoing body of work he has completed five public art projects.