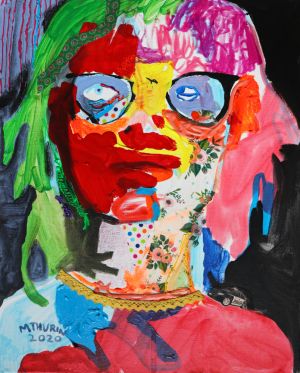 Mickayel (Micka) Thurin is a Haitian American artist born in 1987 in Newport News, VA. She grew up in NY, VA and MI. She eventually landed in Philadelphia, PA to attend the Pennsylvania Academy of the Fine Arts (PAFA) where she studied painting.

At PAFA, Thurin studied under the likes of Jan Batzell, Bill Scott, Michael Gallagher and others. She also met her now-husband and fellow painter, Benjamin Passione there. Both exhibit their work at Gross McCleaf Gallery. The two reside in Philadelphia with their 9 year old son, Maurice.

Guests who register for this event should enter PAFA via the side entrance of the Hamilton Building.