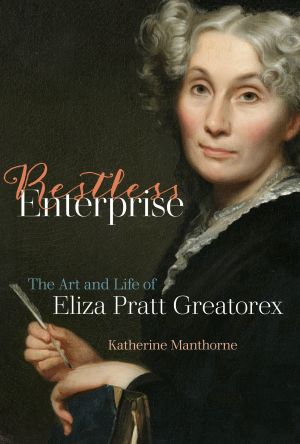 In 1875 as Philadelphia was preparing to host the Centennial Exposition, Eliza Greatorex was mobilizing New York women artists to send their work to Fairmount Park for exhibition. At the time Greatorex was America’s most famous woman artist; 150 years later she is all but forgotten. Recently arrived from Ireland, she quickly found a place working side-by-side with painters of the Hudson River School, who in 1869 elected her the only female member of their prestigious National Academy of Design.

During this illustrated lunchtime lecture with Dr. Katherine Manthorne, we tour the Centennial through this female artist’s eyes, paying special attention to the Women’s Pavilion where her work occupied an entire alcove. We’ll survey works by Harriet Hosmer, Edmonia Lewis, Fidelia Bridges and the “Butter Woman,” and even meet the Empress of Brazil, who helped open the exposition!

Professor of Art History at the Graduate Center, City University of New York, Katherine Manthorne is a specialist in American art and culture with attention to the contribution of women. Her forthcoming book, Restless Enterprise: The Art and Life of Eliza Pratt Greatorex (University of California Press, 2020), brings back to life this feisty, remarkable figure and her extensive network of art women to shed light on the still-misunderstood visual culture of the post-Civil War years.