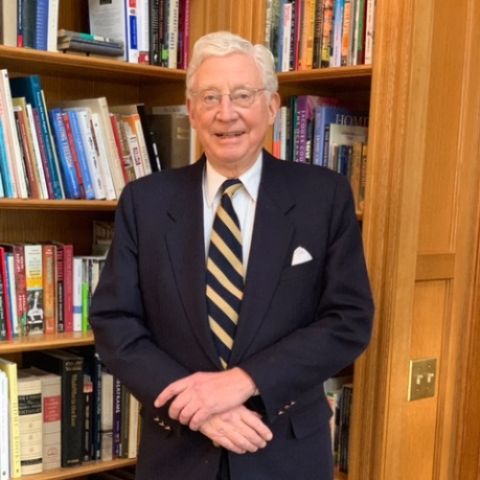 Ken Woodcock is a National Trustee of the Pennsylvania Academy of the Fine Arts. He resides in Washington DC and Matunuck, RI. He is an active art collector with a focus on historic American art that includes the works of the family of Rev. Edward Everett Hale and the artists of southern Rhode Island. He founded the private Center for the Study of Hale Family Art.

Mr. Woodcock graduated from Lehigh University in 1965 with a degree in mechanical engineering. He earned an MBA from the University of Pittsburgh in 1966.

Woodcock began his career with DuPont. He then served the U.S. Public Health Service (studying the cost of the emerging Clean Air Act in 1967-9), the Environmental Protection Agency, the Federal Energy Administration, and the Department of Energy. He was the Environmental Advisor to the Energy Czars during the Arab oil embargo of 1974.

In 1981, he was involved in the founding of the AES Corporation, a global electric company, rising to senior vice president in 1987 and retiring in 2004.

While at AES, past corporate involvement included service to organizations such as: Business Council for International Understanding and National Foreign Trade Council.

Ken is an active fly fisherman. Dottie and Ken enjoy spending time with their two daughters and three grandchildren.