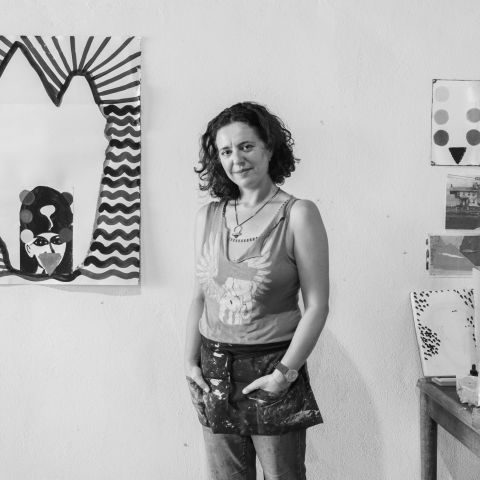 Leeza Meksin is a New York-based interdisciplinary artist working in painting, sculpture, installation, public art and multiples. Her work investigates (the often false) binaries of hard/soft, male/female, public/private, and highlights parallels between conventions of painting, architecture and our bodies. Meksin has created site-specific installations for The Brooklyn Academy of Music (BAM), Brooklyn (2018-19), The National Academy of Design, NYC (2018), The Lenfest Center for the Arts, NYC (2017), The Utah Museum of Contemporary Art in Salt Lake City (2016), The Kitchen, NYC (2015), BRIC Media Arts, Brooklyn (2015), Brandeis University (2014), and in a National Endowment for the Arts funded project in New Haven, CT for Artspace (2012). She is the recipient of the Rema Hort Mann Emerging Artist grant (2015) and in 2013 co-founded Ortega y Gasset Projects, an artist-run gallery and curatorial collective in Brooklyn, NY.

Meksin's work has been featured in Bomb Magazine, The New York Times, Chicago Tribune, The Village Voice and many other publications.  She has been awarded artist residencies at The Chinati Foundation in Marfa, TX (2019) and The Banff Centre for Art and Creativity in Canada (2017). Meksin has been teaching at Columbia University School of the Arts since 2015. Currently her large scale sculptures Turret Tops are on view at the deCordova Sculpture Park and Museum through August 2020.