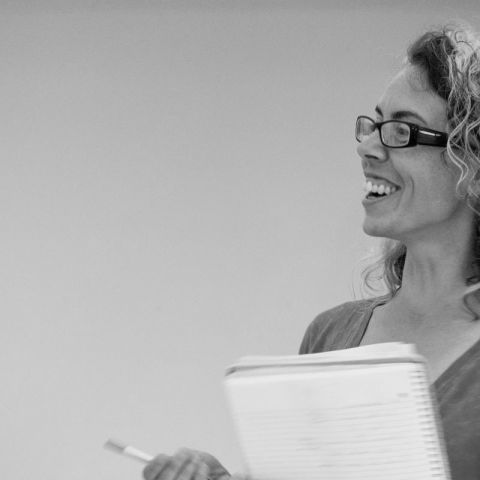 Emily Abendroth is a writer, artist, and human rights activist who has spent the past dozen years residing in Philadelphia. Emily received her BA from the University of California at Berkeley and her MA from Temple University in Philadelphia. She regularly teaches literature, critical theory, the contemporary essay, and creative writing to undergraduates and students of all ages. Emily has led courses in experimental writing, 20th-century poetics, and contemporary criticism at Bard College, Temple University, the Institute for Writing & Thinking, and through the Bard Prison Initiative.

Much of her creative work attempts to investigate state regimes of force and power, as well as individual and collective resistance strategies. Her poetry is often published in limited edition, handcrafted chapbooks by small and micropresses such as Albion Press, Belladonna, Horse Less Press, Little Red Leaves, and Zumbar. She has been awarded residencies at the MacDowell Colony, the Millay Colony, and the Headlands Center for the Arts. In 2012, she was named a Mid Atlantic Arts Foundation Creative Fellow and in 2013, a Pew Fellow in Poetry. Her poetry book ]Exclosures[ is available from Ahsahta Press and was their 2013 Open Selection Winner. The Instead, a book-length collaborative conversation with fiction writer Miranda Mellis, is forthcoming from Carville Annex Press in 2016.